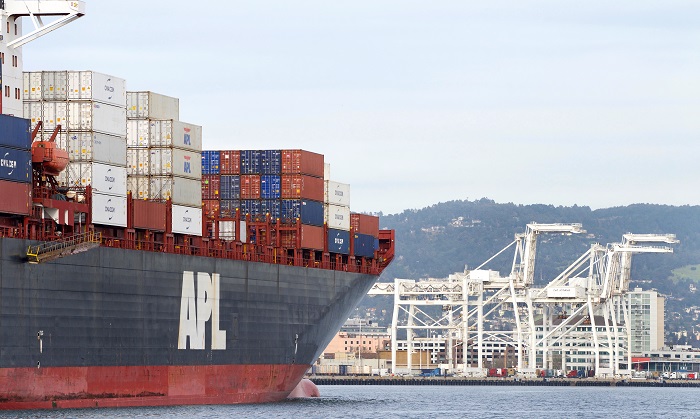 The arrival of the new service follows APL’s launch of three others in February that link Asia and Mexico, each stopping at one or more Latin American ports, among them ports in Columbia, Ecuador, Chile, and Central America. Photo credit: Shutterstock.com.

APL and Hamburg Süd have added new services aimed at capitalizing on growing volume between Asia and Mexico, as imports from China last year jumped 12.9 percent to 632,844 TEU, according to Container Trade Statistics (CTS).

The new APL route, Quetzal Express (QEX), will run weekly and connect China, Korea, Taiwan, and Hong Kong with Mexico and west coast South America (WCSA), with a sailing time of 22 days to get from South China to Mexico. Other port calls on the route are Guatemala, Colombia, Ecuador, and Peru.

“The QEX service will complement other APL services in delivering fresh produce from Mexico and Latin America to the importing Asian markets of China, Taiwan, and [South] Korea,” said Shirley Poo, a APL spokesperson. She said the eastbound route will carry Mexican fruit and perishable goods as well as imported manufactured goods from South China.

The arrival of the new service follows APL’s launch of three others in February that link Asia and Mexico, each stopping at one or more Latin American ports, among them ports in Columbia, Ecuador, Chile, and Central America. The three existing routes, and the new one, all stop at the Pacific Coast port of Manzanillo, the country’s largest container gateway.

Volume at Manzanillo increased 8.5 percent year over year in 2017, to 2.01 million laden TEU. QEX and one of the services also calls the Port of Lazaro Cardenas. The Pacific port’s volume grew by 3.8 percent in 2017 from 2016, to 773,697 laden TEU. Their growth will likely continue this year, as Mexican imports from China rose 14.2 percent year over year in January and 35.4 percent in February, according to CTS.

Paul Bingham, vice president of the Economic Development Research Group, said the new routes are likely a response to the “continued growth in Chinese/Far East trade with Mexico and much of the rest of Latin America, where new opportunities for direct services that don’t include the US West Coast are increasingly attractive.”

“There is growth in middle class consumption in economies at both ends of this trade but there is also the growth in the intra-developed world supply chains of intermediate products used in manufacturing,” Bingham said. He cited the example of “automotive electronics from Asian manufacturers imported into Mexico for use in final assembly of motor vehicles,” in Mexico’s fast growing auto manufacturing sector.

This month, Maersk Line added a loop to its package of three routes linking Asia with different parts of Latin America. The new route will link Singapore, Hong Kong, South Korea, and China to Colombia, Panama, and Brazil. The other three routes link the Far East to countries including Mexico, Peru, Colombia, and Chile.

Also this month, Hamburg Süd launched a new service network between Asia and WCSA, Mexico, Central America, and the Caribbean. The service has a more frequent sailing schedule than a previous service on the same route, the carrier said.