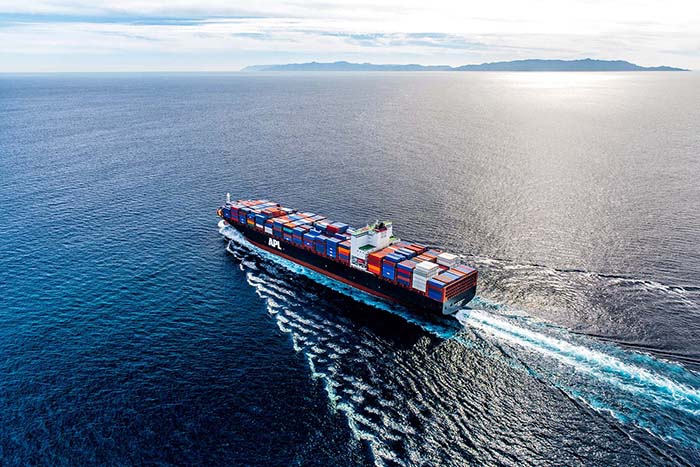 APL's Aloha Express service has its first sailing on July 25.

APL will launch a new fortnightly service on July 25 that directly connects central China, Korea, and Japan to the Hawaiian market and allows shippers to avoid routing cargo via the US mainland.

The Aloha Express (AEX) takes the CMA CGM subsidiary’s services on the trans-Pacific to 23, 18 of which are offered under the Ocean Alliance and five outside the vessel sharing agreement. APL’s Guam Saipan Express (GSX) service also calls at the ports of Busan, Yokohama, Guam, and Saipan every week.

With improved transit times, APL said in a statement that the AEX promises cargo delivery to Honolulu in Hawaii from Shanghai in 19 days, Busan in 15 days, and Yokohama in 12. The first sailing of the service will arrive in Honolulu on Aug. 13.

“The AEX service introduces a new sea route in our portfolio to directly serve Asia and Hawaii. Instead of routing via the US mainland, shippers with Hawaiian-bound cargo will find a faster shipping alternative in the AEX service,” said Jesper Stenbak, APL senior vice president of trans-Pacific trade.

“To optimally coincide with market activities in the US state, shipments on board the AEX service are scheduled for Sunday arrival in Hawaii for early week cargo availability."

Another carrier servicing Hawaii is Matson, which has a unique niche in the trans-Pacific market. In addition to the South Pacific Express (SPE) service to Samoa from the US West Coast — where it deployed a new and larger vessel recently — Matson operates a US-flag domestic service from the West Coast to Hawaii and Guam that continues on to China. After calling Xiamen, Ningbo, and Shanghai, Matson’s expedited service arrives in Long Beach after 10 days. In addition to operating ships, Matson has a logistics division and runs a marine terminal in Long Beach.

Competition is heating up in the wider trans-Pacific market with many carriers revamping or launching new strings between Asia and the United States. New entrant SM Lines has been on a ship-buying spree and is reporting high utilization on its China-US routes, while Wan Hai, Pacific International Lines, and Zim Integrated Shipping Services have joined APL in adding or upgrading trans-Pacific services.