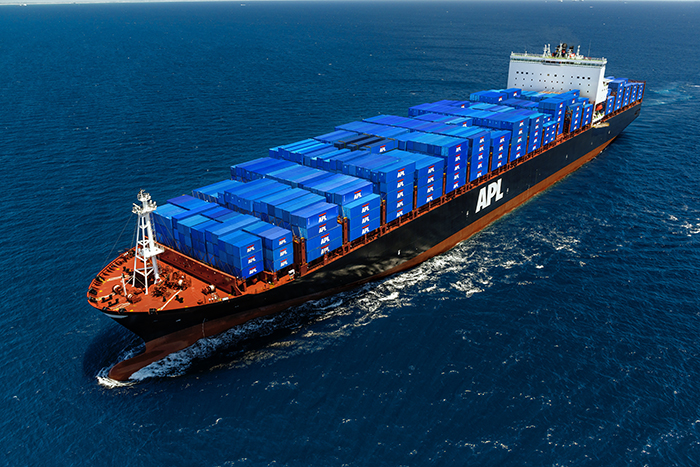 APL was able to re-enter the India-Europe trade through its new relationship with CMA CGM.

APL’s tie-up with CMA CGM has allowed the Singapore liner to re-enter the India-Europe trade lane, which it left a couple of years ago, although the integration of the two companies is ongoing.

APL this week issued a trade advisory announcing its plan to join the Europe-Pakistan-India Consortium, or EPIC, service operated by CMA CGM in conjunction with Mediterranean Shipping Co. and United Arab Shipping Company.

Shipping sources in Mumbai told JOC.com that APL will take over slots currently used by ANL, a subsidiary of CMA CGM, on the EPIC. The move also could have been sparked by CMA CGM’s long-term strategy to position ANL as a niche Oceania carrier.

The weekly EPIC, to be marketed by APL as the India-Pakistan Europe, or IPE, service, employs a fleet of eight vessels with capacities ranging from 9,000 to 9,500 twenty-foot-equivalent units. Four of these vessels are provided by CMA CGM, three by MSC and one by UASC, according to details obtained by JOC.com.

APL’s participation in the EPIC is slotted to begin with the arrival of the CMA CGM Thames, voyage 014, at Southampton on October 1 on the eastbound direction, and the CMA CGM Amazon, voyage 021, at Port Qasim on October 4 on the westbound leg.

Local sources also told JOC.com that APL has resumed co-loading on the Indamex service, linking India and the U.S. East Coast, at Nhava Sheva through a slot arrangement with CMA CGM, after withdrawing from the direct service as a vessel provider sometime in late 2014 and early 2015. The weekly Indamex is currently a joint operation between CMA CGM, Hapag-Lloyd, Orient Overseas Container Line and NYK Line.

Canada Trade and Shipping Outlook
TPM22: What We Learned — Container Shipping in the Crosshairs
Managing E-Commerce From Order to Delivery and Beyond
END_OF_DOCUMENT_TOKEN_TO_BE_REPLACED