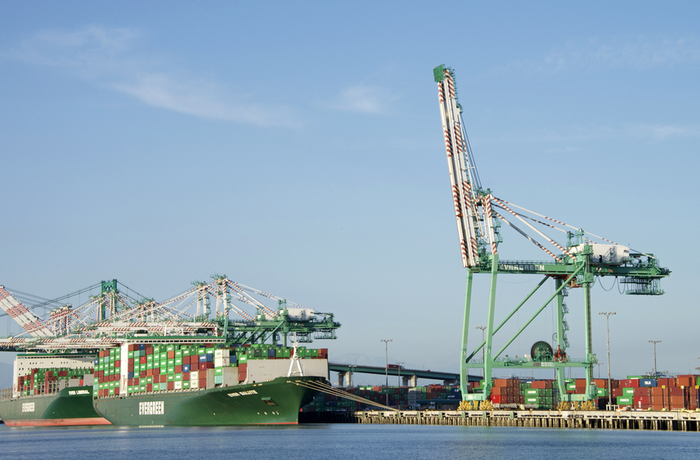 Canceled trans-Pacific sailings have stopped, and carriers have been adding unscheduled vessel departures from Asia, known as extra-loaders, at a rapid pace. Photo Credit: Shutterstock.com

Container spot rates from Asia held firm this week, but with stronger inbound volumes expected into at least mid-September, carriers have been emboldened to impose another general rate increase (GRI) that could elevate rates to the US West Coast to record levels.

Forwarders say shipping lines in the eastbound trans-Pacific are telling them to prepare for a Sept. 1 GRI that could push West Coast spot rates above $4,000 per FEU, a level that appeared inconceivable just a few months ago, when importers signed service contracts generally in the range of $1,300 to $1,600 per FEU.

This would be the fifth GRI on US imports from Asia since June 1, when the spot rate was $2,097 per FEU to the West Coast. In conversations with four non-vessel-operating common carriers (NVOs), executives said carriers continue to leverage tight vessel space and cargo rolling at Asian ports to command ever-higher rates.

“It’s crazy. Space is the name of the game right now,” said Jon Monroe, who serves as a consultant to NVOs. He said carriers have $4,000 per FEU in their sights.

However, unlike the GRIs in June and July, when carriers had reduced capacity through more than 50 blank sailings, the current surge in pricing is demand driven. US imports from Asia rose more than 20 percent sequentially between June and July, notching the first monthly year-over-year increase since September 2019, according to PIERS, a sister company of JOC.com within IHS Markit.

“Most of the capacity has come back, but we still see high pressure on space because the demand side is growing,” Eli Glickman, president and CEO of Zim Integrated Shipping Services, told JOC.com. In June, Zim reentered the Asia–US West Coast trade with an expedited service connecting South China to Los Angeles. “The pressure is coming from increasing demand in the US and Canada in all commodity areas, already for the last two months. We don’t know how long it will continue, but we are expecting strong demand to remain.”

Rattled by the rush

Canceled sailings have stopped, and carriers have been adding unscheduled vessel departures from Asia, known as extra-loaders, at a rapid pace. The Port of Long Beach on Wednesday told JOC.com that carriers deployed 10 extra-loaders in July. They are adding 10 more in August and plan five more in September, according to Noel Hacegaba, the port’s deputy executive director and COO. Los Angeles had 11 unscheduled calls in July and is expecting six to eight more in August, according to a port spokesman.

“This is volume-driven. It’s definitely based on volume,” said Kevin Krause, vice president of ocean services at SEKO Logistics. A wide variety of merchandise, from personal protective equipment (PPE) to office and exercise equipment for home use to e-commerce fulfillment, is in the cargo mix, he said.

Retailers are also importing merchandise from China with a sense of urgency in the event that 20 to 25 percent tariffs that were suspended early this year under a phase one agreement with the US that will expire in late September as planned, said Alan Baer, president of forwarder OL USA.. Since vessels departing China arrive two to three weeks later depending upon the routing, some retailers have decided it is better to hold the merchandise in their US warehouses for several weeks rather than risking a large price jump if the tariff relief is not extended, he said.

Container spot rates to ship an FEU from Asia to the US east and west coasts rose 1 percent to $3,440 and $3,953, respectively, in the week ending Aug. 21, compared to the prior week, according to the Shanghai Containerized Freight Index, as published on the JOC Shipping & Logistics Pricing Hub. Pricing to the West Coast is 167.5 percent higher than a year ago, and up 62.3 percent to the East Coast.

The spot rates actually understate what many beneficial cargo owners (BCOs) and NVOs are paying because carriers are charging premiums for any volumes above the minimum quantity commitments (MQCs) in the contract rates.

The premiums are charged to get a shipment on the intended voyage, or for priority discharge at the destination port, or for expedited release of the container from the US terminal. Each individual premium charge is added to the spot rate, and can range from $300 per container to more than $1,000 per FEU, according to a rate sheet shared by an NVO.

However, some shippers avoid premium charges, which can drive the landed cost to the West Coast well above $4,000 at the current spot rate level, by shipping with those carriers that offer all-inclusive ocean products.

Phillip Tran, director international services at third-party provider APL Logistics Americas, said its OceanGuaranteed product includes guaranteed loading in Asia, equipment availability at the US terminal, and an expedited inland transportation move to the receiving warehouse in one bundled price.

“It’s a white-glove service,” Tran said. The all-in price ends up being about 75 percent lower than air freight, and in many cases is lower than paying today’s high spot rates plus premiums for any services beyond the ocean rate, he said.

As a result, demand for OceanGuaranteed is “overscribed” and will remain so at least for the next few weeks, Tran said. However, APL Logistics will honor customer bookings only for the slots it has available because it will not roll any cargo. For BCOs who can’t get all the slots they need for a particular sailing, APL Logistics will attempt to place the overflow shipments on the next voyage, he said.

Global Shipping Outlook: A Sneak Peek at 2021
Port Performance North America: Managing Cargo Flow During a Pandemic — and Beyond
END_OF_DOCUMENT_TOKEN_TO_BE_REPLACED