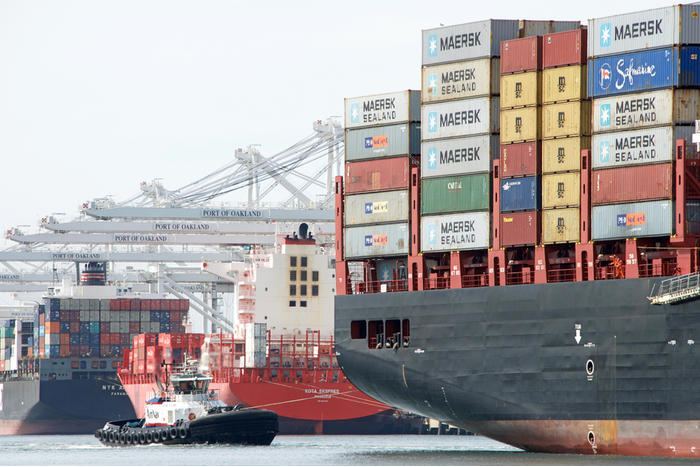 The research, based on a survey of “hundreds” of US ag exporters, analyzed the extent to which the failure to convey ERD updates translates into cost pressures on shippers. ERD refers to the earliest date a loaded export container can be delivered to a container line.

The operational impacts to exporters of the ERD issue spread quickly, AgTC and TradeLanes asserted. Virtually every respondent to the survey said the ERD date on the container terminal’s website either doesn’t match the date on its latest booking confirmation or booking details from ocean carriers, or that the dates match up inconsistently.

Three-quarters of respondents said their container bookings do not always have a listed ERD, with 36 percent saying more than half their shipments are affected by changing ERDs since the COVID-19 pandemic started. Nearly four in five respondents said at least 5 percent of shipments “incur extra costs that are negatively affecting the bottom line,” AgTC and TradeLanes said in a joint statement.

Fifty-three percent of ag exporters said ERD practices are a factor in which container line they choose to use, and 61 percent said they are updated with final ERDs within a day of the actual date.

“We are facing situations where we already have the containers picked up and ready to return and are not able to because of the change happening so close to ERD,” one respondent commented anonymously in the survey.

Time-consuming and costly to shippers

Respondents said managing changes and discrepancies in ERD range from less than an hour (18 percent) to more than three hours (19 percent), with 35 percent saying it takes from one to two hours. In terms of costs, 70 percent said the cost of changes to ERDs range from $100 to $500 per container. Those costs include container per diem (67 percent), chassis charges (68 percent), and storage at the trucker’s yard (77 percent).

More than nine in 10 respondents called for industry action on the issue.

“Costs and disruption imposed by inaccurate and changing earliest return dates for containers are eroding margins,” AgTC executive director Peter Friedmann said in the statement. “Restoring ERD integrity is a top priority for our industry.”

How to Improve OTIF: 15 Tips for On Time and In Full Delivery
END_OF_DOCUMENT_TOKEN_TO_BE_REPLACED