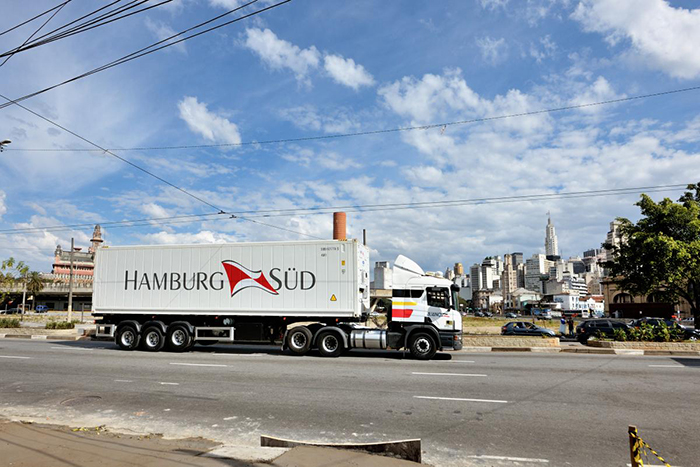 However, the services offered by HMM and Hamburg Süd will be outside the scope of the 2M Alliance. Although the two lines will carry cargo, they will not operate vessels in the 2M network, Maersk Line said in a statement. This was according to a strategic agreement that grants HMM access to MSC and Maersk Line slots, whereas Hamburg Süd earlier this month signed a slot deal giving it access to just Maersk Line slots.

Maersk Line is in the process of acquiring Hamburg Süd and expects to have finalized the takeover by the end of 2017.

The Danish carrier insisted that the additional volumes generated by the slot deals would not upset the supply-demand balance. “Our new slot agreements require that we increase our capacity,” said Silvia Ding, head of trade at Maersk Line.

“With these service improvements we are adding the necessary capacity to match the increase in volumes. Our aim is, and continues to be, to manage our capacity efficiently and maintain the stability and continuity of our network.”

The Asia-North Europe service will be known as the AE7. It will improve Maersk Line’s product from East China into Rotterdam in the Netherlands and Hamburg in Germany. Transit time from Shanghai to Rotterdam and Hamburg will improve by three days, respectively, according to Maersk

The new trans-Pacific service — TP16 — will be on the Asia-US South Atlantic trade. The transit time from South China to the US South Atlantic will improve by eight days, which Maersk Line said will be the fastest in the market. In addition, Maersk Line will merge the TP8 and TP3 services between Asia and the US West Coast into one service, the TP8.

Maersk Line’s slot purchase deal with Hamburg Süd gives the German-based carrier access to five weekly Asia-North Europe services, two between Asia and the western Mediterranean, four between Asia and the US West Coast, three from Asia to the US East Coast, and two weekly trans-Atlantic sailings.

“Our customers will benefit from extended port coverage, best transit times, and an increased number of loops in the east-west trades,” said Frank Smet, a member of Hamburg Süd’s executive board.

However, there are fears of a new rate war on the trans-Pacific as 2M and its HMM and Hamburg Süd partners goes head-to-head with the other two alliances, both of which control a greater share of the market than 2M.

Container shipping analyst Alphaliner said freight rate prospects in 2017 would depend crucially on the carriers’ ability to avoid another debilitating rate war.

“The launch of the new alliance networks in April, involving the new 2M-Hyundai Merchant Marine partnership, Ocean Alliance, and THE Alliance, as well as the anticipated entry of SM Lines on the trans-Pacific route, could trigger another battle for market share,” the analyst noted.