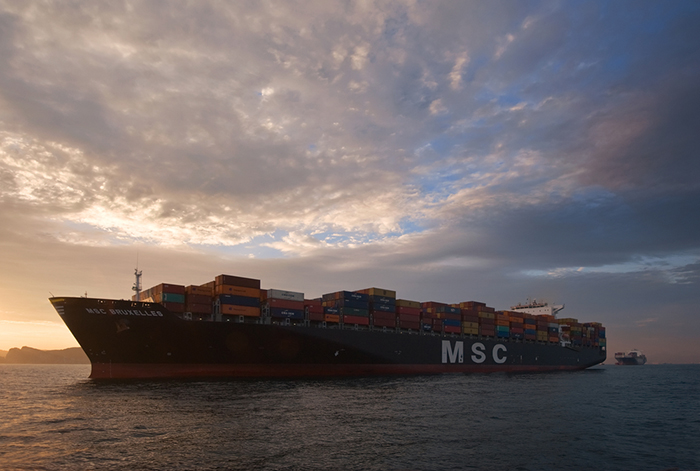 The 2M's new services provide coverage to most of the west coast of North America.

The 2M Alliance of Maersk Line and Mediterranean Shipping Co. has introduced two new trans-Pacific services to capitalize on market share gains made since the Hanjin Shipping bankruptcy.

Since Hanjin failed, Maersk and MSC have increased their share of imports from Asia to the United States on a monthly basis, according to an analysis of data from PIERS, a sister product of JOC.com within IHS Markit. As of November, Maersk had a market share of 9.4 percent, while MSC had a share of 8.4 percent, increases of 0.57 and 0.73 percentage points from October, respectively.

The TP-9/Maple service is aimed at the Pacific Northwest while the TP3/Sequoia service will focus on the Pacific Southwest, according to industry analyst Alphaliner.

The Maple service succeeds a service by the same name introduced in September to pick up stranded Hanjin shipments, but the Maple service was discontinued after three sailings, Alphaliner said.

The Maple service launched Dec. 9 from Nansha with the Maersk Sentosa, which has a capacity of 7,250 twenty-foot-equivalent units. The service, which will turn in six weeks, will use ships of 5,900 to 7,200 TEUs, Alphaliner said. The Maple’s rotation is Nansha, Yantian, Ningbo, Shanghai, Busan, Prince Rupert, Vancouver, Busan, and Nansha.

The Sequoia service began Dec. 26 with the departure of the 8,400-TEU MSC Rania from Chiwan. The service, which will use ships of 5,000 to 8,400 TEUs, has a rotation of Chiwan, Yantian, Ningbo, Long Beach, and Chiwan.

Permalink Submitted by ferrullig@minds... on Dec 30, 2016 10:43AM EST
The chase for market share and keeping rates low.

How to Improve OTIF: 15 Tips for On Time and In Full Delivery
END_OF_DOCUMENT_TOKEN_TO_BE_REPLACED