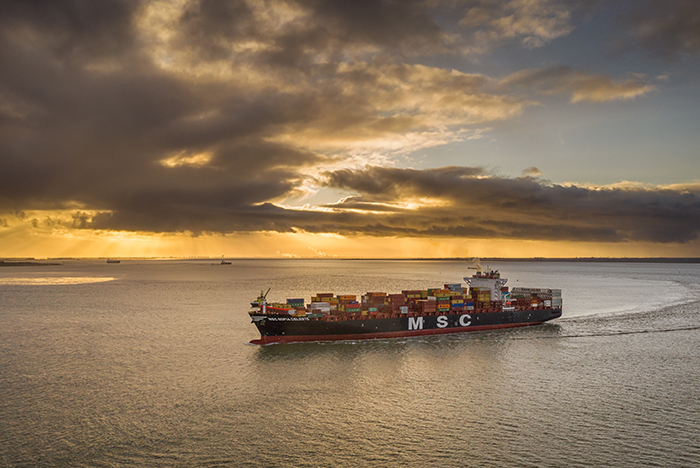 Correction: An earlier version of this story incorrectly stated the port calls on the 2M's TP 11/Elephant loop. JOC apologizes for the error.

The 2M Alliance of Maersk Line and Mediterranean Shipping Co. will suspend for the entire second quarter one weekly service from North Asia to the US West Coast and a weekly string from South Asia to the East Coast, the carriers said Thursday. They’ll also blank additional individual sailings to North America.

The reductions in trans-Pacific capacity, which follow an announcement Wednesday by THE Alliance of 32 blank sailings in the trans-Pacific and Asia-Europe trades, are a harbinger of things to come as many retailers and manufacturers cancel purchase orders at factories in Asia due to crashing consumer demand as the coronavirus disease 2019 (COVID-19) spreads globally.

The suspension of the two weekly strings in the trans-Pacific, plus the individual blank sailings beginning April 20, are expected to reduce 2M’s total capacity in the trans-Pacific trade by about 20 percent, Lars Jensen, CEO of container shipping analyst Sea-Intelligence Maritime Consulting, said in a LinkedIn post Thursday.

Maersk said the 2M will cover port calls offered on the two weekly strings that are being suspended with other weekly services in the same trade lanes. The 2M is suspending the TP 11/Elephant service from South Asia to the East Coast and the TP 8/Orient service from North Asia to the West Coast.

The 2M will cover the TP 8’s calls to Ningbo and Busan via its TP 2 and TP 6 loops, respectively, Maersk said in an advisory. The notice did not specify how the carriers would ensure full port coverage for the TP 11 service, which connects Laem Chabang, Thailand; Singapore; Tanjung Pelepa, Malaysia; Colombo, Sri Lanka; Salalah, Oman; New York; Norfolk, Virginia; Savannah, Georgia; and Freeport, Bahamas, according to MSC.

In addition, the 2M Alliance will blank five individual sailings, all from Asia to the East Coast, in April and May. The carriers also left the door open for further capacity reductions should demand remain depressed if the economic recession linked to measures aimed at slowing the spread of the coronavirus persists.

Meanwhile, THE Alliance of Hapag-Lloyd, HMM, Ocean Network Express, and Yang Ming will blank 11 sailings from Asia to the West Coast and five sailings to the East Coast between Week 15, beginning April 6, and Week 18, beginning April 27, due to the “forecasted sharp downturn in demand” caused by the COVID-19 pandemic.