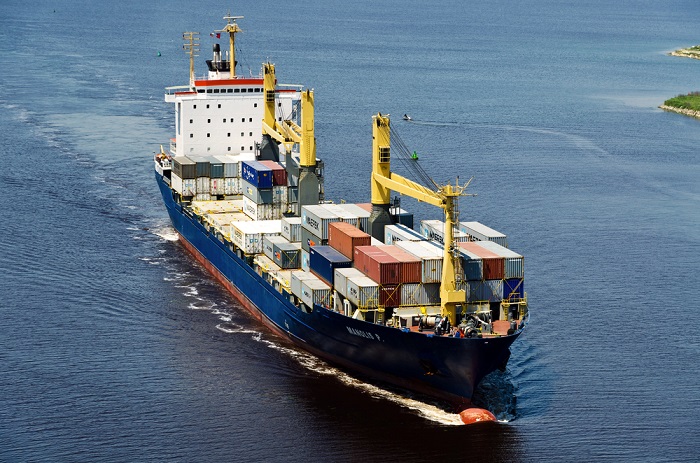 Amid increasing competition and a rapidly changing market, driven by weak demand and digitization, state-owned Container Corporation of India (Concor) is transforming itself from a niche container rail operator to a more holistic, integrated logistics provider — one capable of sustainable, long-term growth.

With the above remodeling program as a backdrop, the intermodal rail giant has ventured into coastal shipping operations — a segment that has become a major government priority in the wake of road-rail infrastructure inadequacies.

The Thursday sailing of the SSL Mumbai from Kandla to Tuticorin — two major public ports on the west and east coasts — marked the start of what officials at India’s Ministry of Shipping called a “unique multi-modal logistics solution.”

Industry sources told JOC.com that the operation has been contracted to Vishwa Samudra Coastal Lines Ltd., a third-party agency that Concor earlier selected through bidding for the intended purpose. To jump-start the arrangement, the stakeholders have entered into a tonnage cooperation deal with domestic shortsea carrier Shreyas Shipping and Logistics, until Vishwa Samudra deploys its own vessels.

“Besides being economical, coastal shipping is environmentally friendly and can result in a 6 percent reduction in harmful chemicals and pollutants in India. With an estimated diversion of about 5 percent cargo to coastal shipping, the reduced traffic on rail and road can result in savings of 230 billion rupees [$3.27 billion],” India’s Shipping & Transport Minister Nitin Gadkari said, speaking at the inaugural event.

Gadkari also said that modal freight shift — from land to sea — is critical to achieving the government’s dual goal of decreasing logistics costs and making domestic goods more competitive in global markets. Further, he said even though the country has tremendous potential for the development of inland waterways, its coastal shipping share currently remains abysmally low — at 7 percent, compared with 24 percent in China and 11 percent in Germany.

“The combination of railways and coastal shipping is a win-win situation for both modes of transport. It will release capacity for railways to carry other goods and facilitate more cost effective movement of commodities like steel, cement, etc. through coastal route[s], thereby enhancing the coastal trade basket,” Gadkari added.

Furthermore, Concor, in a statement, said in addition to first-and-last-mile logistics, it will arrange port-related services for laden and empty containers moving on the route. While the company still represents the majority of India's railed freight transportation and will continue to lead that market in the years ahead, thanks to its expansive network, it will encounter aggressive efforts by private rivals to woo hinterland shippers. To thwart those challenges, combined with the “negative demand impact” resulting from the government’s push for direct port services, Concor, an offshoot of Indian Railways, in September substantially increased free time for the storage of export-import goods at various inland sites — to 45 days for laden containers and 90 days for empty boxes.

Coastal shipping in India has gained considerable ground following the May 21 cabotage relaxation and other inducement initiatives, such as tariff concessions and dedicated berth infrastructure for vessels operating in that trade.

With the aforementioned progress, Indian ports — especially minor private ports enjoying tariff-fixing powers — have been able to attract more transshipment cargo in recent months, stakeholders argue. Statistics collected by JOC.com support that view, as Indian ports generated 476,085 TEU in transshipment volume during April-September 2018, up from 383,400 TEU in the same period of 2017.