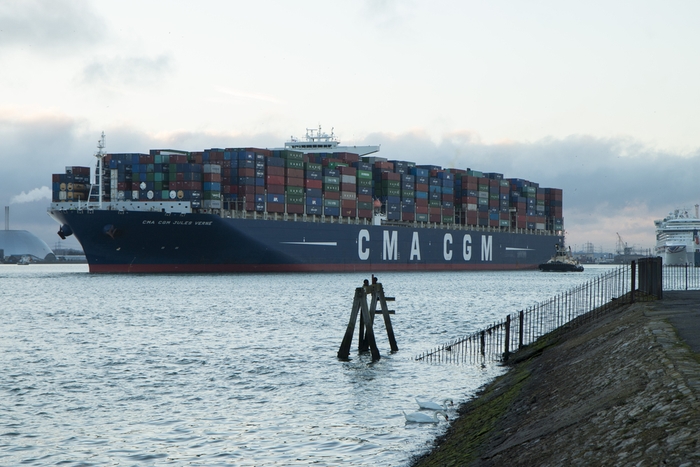 Storing containers while in transit is a way carriers can slow down imports that shippers in shut down economies are struggling to collect. Photo credit: Shutterstock.com.

CMA CGM is the latest carrier to offer a “Delay in Transit” option that will allow shippers to store import containers at nine of its transshipment hubs in Asia, the Mediterranean, and the Caribbean as cargo owners adjust supply chains in response to the coronavirus disease 2019 (COVID-19).

The carrier joins Mediterranean Shipping Co., which this week announced it was expanding its “Suspension of Transit” (SOT) offering by adding four more transshipment hubs where cargo owners can store cargo outside the marine terminal. For its part, Maersk Line is offering storage at origin ports in Asia, where goods can be quickly loaded once demand returns.

The need to slow inbound container flows is growing as some retailers and manufacturers fail to pick up containers because warehouses are full or closed due to not being deemed essential service providers responding to the coronavirus, or because retailers have requested delayed deliveries at distribution centers.

CMA CGM said in a statement Thursday that shippers opting for the delay in transit solution would be able to reduce warehousing and storage costs at destination, as well as cutting cargo transportation expenses.

“Delay in transit allows them to temporarily store their containers in a dedicated hub until the recipient is ready for them to arrive at the final destination shown on the bill of lading,” the carrier said.

Launched alongside the transit delay service was a “business continuity pack” with customized solutions, such as speeding up the shipment of urgent goods by prioritizing food, medical, or pharmaceutical products; supporting business activity with trade finance or security options; and using the carrier’s online platform to manage the transport cycle.

The measures to slow the arrival of containers also serve carrier interests by mitigating potential port congestion. Although most non-essential retail stores on both sides of the Atlantic are closed, millions of containers in China ready for export after Chinese New Year were dispatched soon after the factories reopened from coronavirus-linked closures in early March. Those boxes are on the water or already starting to arrive in terminals around the world, eliciting a warning from the World Shipping Council (WSC) this week that global supply chains would break down if ports become congested.

“In many parts of the world, backups at warehouses, shortages of truck drivers, and scheduled deliveries of goods that importers cannot sell are causing cargo owners to leave cargo at the ports,” the WSC said. “A delay or disruption in one part of the supply chain becomes a bottleneck and will trigger another delay or disruption elsewhere — ultimately affecting the movement of critical food and supplies.”