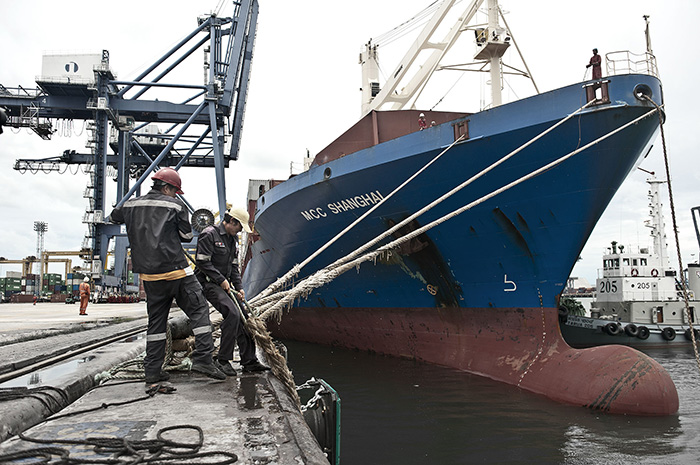 Vietnam’s solid trade with its Asian partners will see the January launch of new shipping services, part of the expanding intra-Asia container trade that is being driven by strong economic growth in the region.

The intra-Asia trade is the world's single largest trade lane and grew 3.8 percent last year to 28 million TEU. It is forecast to rise 5.6 percent this year to 29 million TEU, according to IHS Markit forecasts. Intra-Asia carrier MCC Transport, the regional specialist of the Maersk Group, will launch a new service between North Vietnam and China on January 9, 2018.

“Vietnam is China’s biggest trading partner in Southeast Asia, and trade between the two countries has been steadily growing over the recent years,” said Naresh Potty, chief commercial officer of MCC. “With direct connections and competitive transit times, shippers from China and Vietnam can reach their markets within a week.”

Taiwan’s Yang Ming Line will launch its China-Vietnam Express service, to be called CVX, on Jan. 9 with MCC Transport and TS Lines as joint operators using four 1,000 TEU ships. Yang Ming will deploy one vessel and three will be from TS Lines and MCC.

Hong Kong-based OOCL will add a Japan-Vietnam Service (KTX7) on Jan. 14 to its network coverage of the markets between the two countries. OOCL currently offers six loops in the KTX portfolio connecting Japan to Southeast Asia markets and the KTX7 will extend its market reach by adding a call at Shimizu.

The first sailing from Hong Kong will be on Jan. 14 with the port rotation of Osaka, Kobe, Shimizu, Tokyo, Ningbo, Hong Kong, Haiphong, Kaohsiung, Xiamen, Osaka.

Hyundai Merchant Marine will introduce in mid-December a weekly shuttle dedicated to the Central China-Philippines trade, Alphaliner reported. The joint service will use co-loaders Wan Hai and Sinotrans under the name, China Philippines Feeder and connects Ningbo, Shanghai, Manila, Subic Bay, Ningbo, turning in two weeks using two ships of 1,700 to 2,000 TEU. The first sailing was on Dec. 15.

A spokesperson for Singapore-based APL said overall the Intra-Asia short-sea market was expected to grow by 5 percent in 2018. “In particular, Southeast Asia countries and Pakistan are likely to see strong trade growth driven by China’s Belt and Road initiative,” the spokesperson said.

“India’s trade is expected to rise in line with its economic development. The Middle East is likely to experience trade growth led by higher consumption arising from improved oil prices.”

How to Improve OTIF: 15 Tips for On Time and In Full Delivery
END_OF_DOCUMENT_TOKEN_TO_BE_REPLACED