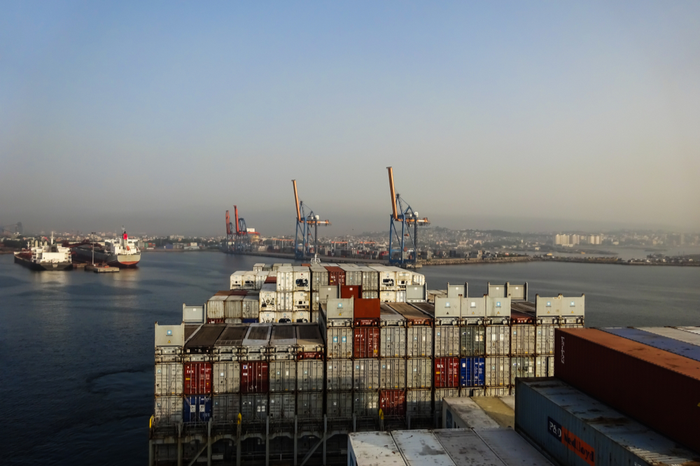 Those who violate India’s new filing rules for import and export manifests could face fines as high as almost $3,000 per violation. Photo credit: Shutterstock.com.

Indian authorities have agreed to a 45-day grace period for implementation of a new electronic customs program meant to tighten import and export manifest filings that will start Aug. 1, easing industry concerns over expected compliance issues in the initial stages.

The program, known formally as the Sea Cargo Manifest and Transshipment (SCMT) Regulations 2018, essentially requires ocean carriers and other stakeholders to submit manifest data much sooner before the vessel’s arrival at or departure from Indian ports — akin to the 24-hour advance manifest rule for United States cargo.

At an industry-wide stakeholder session in Mumbai last week, customs officials agreed to the 45-day grace period so the shipping community can adjust to the new reporting system. While the Aug. 1 effective date remains in place, stakeholders will have the option of handling their cargo manifest filings in the usual way until mid-September, after which they will have to meet all new requirements.

Under the new rules, import manifests are due to Indian customs before a vessel departs from its last port of call prior to arriving in India. Export manifests will need to be submitted prior to a ship’s departure.

Currently, import general manifests (IGMs) are generally filed 48 hours before vessel arrival for long-haul voyages and approximately 10 hours prior for short-haul voyages, such as feeder and coastal operations. For export general manifests (EGMs), carriers currently have three days for online filings and seven days for manual submissions from the vessel sailing time.

Officials also provided more clarity regarding the cut-off times for manifest data amendments under the SCMT framework. Customs will allow changes to IGMs until an “entry inwards” is logged in, both for containerized and non-containerized shipments. For EMGs, filers can do so within 24 hours of the vessel sailing time for containerized cargo and within 72 hours of the vessel’s departure for other shipments. In SCMT parlance, IGMs and EGMs have been reclassified as “arrival” and “departure” manifests, respectively.

“The new regulation stipulates changes in timelines and requirements for advance notice by shipping lines arriving in India and exports through shipping lines out of India,” customs said in its previous public notice.

Non-compliant filers will be subject to heavy penalties, which industry sources say could range from about $730 to $2,920 per violation.

New rules can be a challenge

Although the relaxed SCMT compliance timeline has given transport providers and shippers a welcome reprieve, new regulations can still prove painful for them, given the complexity of global supply chains and the amount of time-bound data management involved.

The Maritime Association of Nationwide Shipping Agencies-India (MANSA), which represents local ship agents, and the Container Shipping Lines Association (CSLA), the umbrella organization of foreign shipping lines in India, have been leading industry interventions with customs and other government agencies.

The manifest rule modification builds on industry adoption and data standardization challenges that have surfaced following the December 2018 nationwide rollout of an advanced port community system (PCS), a digital collaboration platform designed to improve flow and transparency. In recent weeks, stakeholders — led by the Indian Ports Association (IPA) and its technical services provider Portall Infosystems — have doubled down on efforts to widen the PCS’ reach.