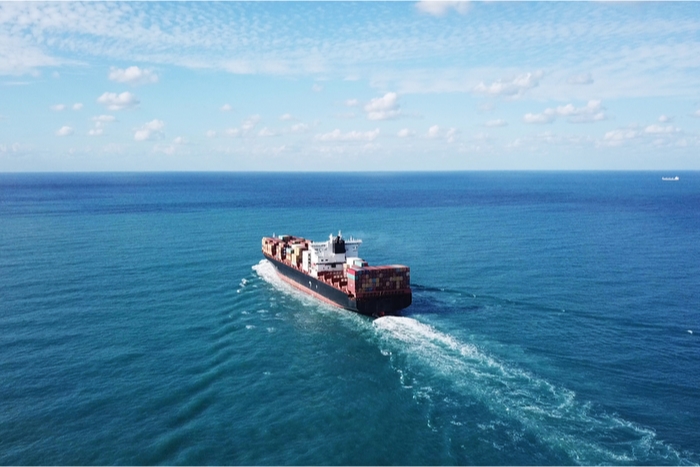 A significant number of sailings on the main east-west trades will be cut by the carriers through the second quarter as demand from locked down economies disappears. Photo credit: Shutterstock.com.

THE Alliance has announced the cancelation of 32 sailings in April on the Asia-Europe, trans-Pacific, and trans-Atlantic trades, giving shippers and forwarders just a few days' notice of the huge capacity cuts in an indication of how quickly demand is falling.

With markets across most of Europe and North America locked down in a battle with coronavirus disease 2019 (COVID-19) and no indication when demand-crushing stay-at-home orders will be lifted, the alliances are making rapid capacity adjustments.

Between week 15 (starting April 6) and week 18 (April 27), THE Alliance will cancel seven sailings on the Asia-North Europe trade, five on Asia-Mediterranean, 11 on Asia-US West Coast, five on Asia-US East Coast, and four on the trans-Atlantic routes. Alphaliner estimates the blanked sailings on the Asia-North Europe and Med services will affect 15 ships with a total capacity of 235,000 TEU.

“Due to the unprecedented nature of the COVID-19 pandemic and the forecasted sharp downturn in demand, members of THE Alliance (Hapag-Lloyd, HMM, Ocean Network Express, and Yang Ming) have decided to modify our April sailing schedules,” Hapag-Lloyd said in a statement issued on behalf of THE Alliance. The carriers said customers can expect more network adjustments to be made.

The 2M Alliance of Maersk Line and Mediterranean Shipping Co. this week also announced huge cuts in capacity, suspending the AE2/Swan and AE20/Dragon services for the entire second quarter. The cuts from April 6 to the second week of June will see 2M withdrawing 21 percent of its capacity from Asia-North Europe, and 22 percent from Asia-Med routes.

Maersk has also announced a further five voyages from China to North Europe will be blanked between April 13 and May 11.

Sea-Intelligence Maritime Consulting wrote in its latest Sunday Spotlight that under normal circumstances, carriers typically announced blank sailings with at least three to four weeks' notice, leaving shippers sufficient time to rearrange their supply chains and mitigate the impact. However, the lead times of the latest announcements have been “exceedingly short,” the analyst noted.

While the customers of carriers say they appreciate the difficult position of shipping lines with demand evaporating, the short notice of blank sailings was highly disruptive, especially at a time of crisis when few alternatives were available.

“We are at the mercy of the carriers,” Dominique von Orelli, DHL Global Forwarding executive vice president and global head of ocean freight, told JOC.com. “Our customers dislike the short notice a lot, and the BCOs [beneficial cargo owners] are suffering more than we are, but it is a pain and a big issue in terms of transit time and lead time.”

“We don’t appreciate short notice, but that is a sign of the stress the carriers are under,” von Orelli added. “Everyone is a bit more understanding at the moment, but for blank sailings to be announced a few days before, this is something that long-term cannot be accepted.”

JOC.com has heard from forwarders, retailers, and brand logistics managers in the United States and Europe that they have canceled orders, given most of their customer base is stuck indoors and only spending limited amounts of money online.

The loss of orders can be seen in the March data of the Caixin China General Manufacturing PMI, a survey by IHS Markit of 500 purchasing managers at private and state-owned manufacturers that provides a snapshot of manufacturing activity in the country.

But in his analysis of the PMI data, which was released Wednesday, he cautioned that the manufacturing sector was under double pressure in March — business resumption was insufficient and worsening external demand and soft domestic consumer demand restricted production from expanding further.

The PMI data shows total new orders contracted for the second straight month in March, while the gauge for new export orders was still way below levels seen before the coronavirus outbreak.

“Demand conditions remained fragile, as highlighted by a second monthly fall in total new business,” Zhong said. “A number of panel members mentioned that firms had delayed or canceled orders due to the ongoing COVID-19 pandemic. Furthermore, new export work declined solidly during March as nations around the world grappled with containing the spread of the virus.”