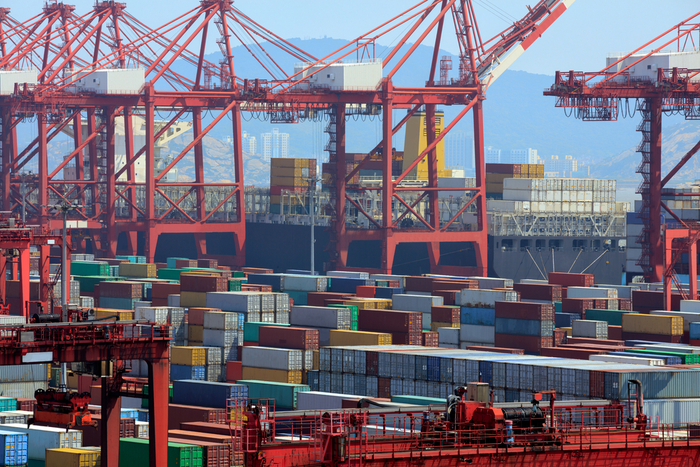 More than two dozen sailings will be canceled on Asia-Europe in the next three months. Photo credit: Shutterstock.com.

Carriers on the Asia-Europe trade will blank at least 24 sailings over the next three months in an attempt to slow a decline in rates that have reached lows not seen in more than a year.

2M Alliance members Maersk and Mediterranean Shipping Co. have not announced any canceled sailings but will instead suspend their mega-ship stocked AE2/Swan services until at least mid-November.

Asia-North Europe spot rates have weakened further since August, plunging last week to their lowest point in over a year. The Shanghai Containerized Shipping Index (SCFI) shows rates on Oct. 11 reaching $581 per TEU. Tracked weekly by the JOC Shipping & Logistics Pricing Hub, that price is more than 20 percent below the same period last year.

Carriers and forwarders say it is still too far out to have any clear idea whether demand will increase ahead of an early Chinese New Year that falls on Jan. 25. With a weak peak season having ended recently and steadily falling spot rates, any increase in demand would be welcome by stakeholders.

Simon Heaney, Drewry senior manager for container research, said if shipments picked up in mid-December there should be a reduction in the number of blanked sailings, which were a capacity adjustment response to the pre-Chinese New Year slump.

“I suspect that spot rates will bottom out thanks to these capacity reduction measures, as well as scrubber retrofits, although lines will find it hard to secure meaningful gains unless they can drive load factors above 90 percent, which might not be possible if demand is disappointing,” Heaney said. “In that scenario, we could see even more voiding for November.”

According to Sea-Intelligence Maritime Consulting, capacity on Asia-North Europe will decline 2.2 percent in the fourth quarter compared with the capacity deployed on Asia-Europe in the third quarter.

There are attempts to hold up rates. Three carriers have announced freight all kinds (FAK) rate increases on Asia-North Europe so far in the fourth quarter. From Oct. 15 on Shanghai to Rotterdam services only, Cosco Shipping has announced a rate hike to $800 per TEU, while Maersk will try to lift rates to $825 per TEU. The spot rate has not been at $825 per TEU since Feb. 22.

From Nov. 1, Maersk will set its FAK level at $1,100 per TEU, and CMA CGM will charge $1,000. If either of those rates is achieved, it would be the highest in well over a year and could be an indication of an expected surge in demand ahead of the early Chinese New Year.

Raising rate levels in the fourth quarter will be crucial to carriers as they begin a transition to low-sulfur fuel in compliance with the IMO 2020 mandate. Low-sulfur fuel will add more than $11 billion to the carriers’ annual fuel bill, according to some estimates, and while they are determined to pass this on, there are no guarantees all costs will be accepted by shippers.