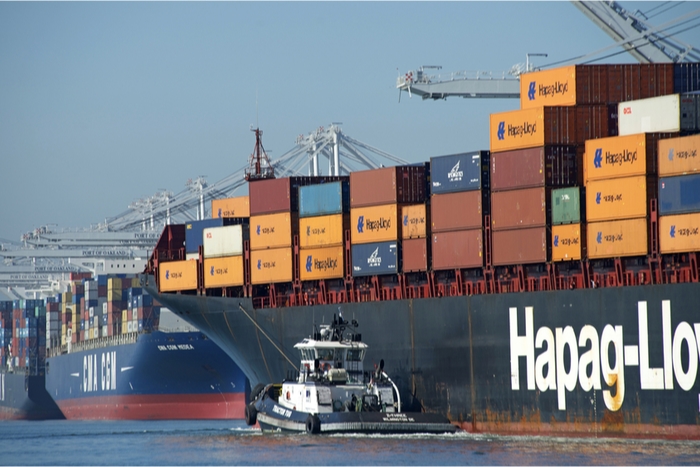 Carriers want a fuel surcharge mechanism that is able to reflect the extreme fluctuations of the bunker price. Photo credit: Shutterstock.com.

The plunge in low-sulfur fuel prices, down about 70 percent since January, has sparked questions among analysts, forwarders, and cargo owners on whether the bunker adjustment factor (BAF) mechanism truly captures abrupt changes in fuel costs or just muddies the freight-buying process.

“There seem to be no rules at the moment,” Kuehne + Nagel CEO Detlef Trefzger said in an interview with JOC.com. “We have to deal with [fuel surcharges] on an individual basis. We are in discussions with all the carriers, especially as now capacity is being taken out of the market.”

Carriers announced revised BAFs last year as shipping prepared for the imposition of the International Maritime Organization’s low-sulfur fuel mandate on Jan. 1. The formulas were complex and based on a range of factors, including trade routes, ship sizes, headhaul or backhaul trades, and load factors, quickly incurring the wrath of shippers who complained of a lack of transparency.

But as IMO 2020 kicked in, very-low sulfur fuel oil (VLSFO) soared past $700 per ton in Singapore, and carriers felt the high cost of fuel was justifiably reflected in the surcharges. Prices began to slide within weeks of the IMO mandate, once early logistical woes and supply issues were sorted. The declines accelerated in early March after OPEC and Russia initially failed to reach a deal to curb crude production, and then went into freefall as crude prices plummeted when energy demand vanished amid the global COVID-19 lockdown.

VLSFO fell to $211 per ton in early May, according to the Oil Price Information Service (OPIS), a sister product of JOC.com within IHS Markit.

Yet most carriers have decided to retain their low-sulfur surcharges despite the collapse of fuel prices. CMA CGM and Maersk Line are so far the only carriers to suspend low-sulfur fuel surcharges (LSS). CMA CGM, which suspended its LSS from May 1, has since updated a notice to customers stating that from June 1 the LSS “is no longer applicable and may come back later.” The BAF, however, applicable on long-term contracts and including an LSS, was not affected and would be revised quarterly.

Maersk will set its Environmental Fuel Fee (EFF) at zero from May 1 until further notice on the Maersk Spot product and all contracts with validity up to three months. The carrier said it expects the fuel price to remain volatile and has in place a “monthly special adjustment” that will be triggered if the bunker price changes by $50 per ton, either up or down. The carrier said the trigger has been activated twice so far this year, first on March 1 following the early increase in bunker prices, and then on May 1 after the dramatic decline in prices.

Other carriers have retained their low-sulfur surcharges. Hapag-Lloyd last adjusted its Marine Fuel Recovery (MFR) mechanism on April 1 based on the price of low-sulfur fuel oil (LSFO) that was then about $200 per ton. The carrier has no plans to cancel the MFR, “as we are still paying this money for fuel.” The next quarterly adjustment is planned for July 1.

Rolf Habben Jansen, CEO of Hapag-Lloyd, said at a press briefing Wednesday that because of the way the fuel price is accounted for, it typically took three to four months before it was reflected on the P&L.

“BAF clauses have existed over the years to one degree or another, and the adjustments being made were to reflect the fluctuating fuel prices,” he said. “In reality, these adjustments are being made every quarter, which typically means that if costs go up it takes a little while before that is reflected in the rates, and the same if costs go down.

“In practical terms, that means that in the first quarter when the fuel was changed [to low-sulfur under IMO 2020 rules] we clearly faced some headwinds, and now in Q2 we have a little bit of a tailwind. I would expect that from Q3 this will be normalized.”

But Alan Murphy, CEO of Sea-Intelligence Maritime Consulting, said it was hard to see how the BAF could survive in the current low-fuel cost environment. “When oil prices tanked in 2016, BAF disappeared and carriers essentially went for all-in rates,” Murphy told JOC.com. “As we headed into IMO 2020, carriers resurrected the BAF because they were expecting considerable increases in low-sulfur bunker costs.”

“A well-defined BAF should be tied to the fuel cost changes, and thus if the BAF had been formulated in a way to pass through costs effectively, then it would not have been necessary to come up with a completely new formula,” Murphy added. “Not in 2009, not in 2011, not in 2019, and not again here in 2020. Nor should BAF have been abandoned in 2016, as it should just have been a lower pass-through of the lower oil price.

“It comes down to how carriers intend to handle fluctuations in bunker oil costs. If they want to stick to the old model of BAF being a clean pass-through cost, redefined as a consequence of oil prices currently going through the floor, then they will face hard times when oil prices increase again.”

Murphy said the insistence of carriers in maintaining fuel surcharges despite plunging prices, and the frustrations this causes shippers, all stemmed from a lack of contract adherence and enforceability in liner shipping, a problem for both parties.

“If carriers could be confident they would not be forced to change an all-in contract price in the event of oil price changes, and deadfreight clauses were enforceable, and they were able to quote such a no-oil-risk all-in rate at a premium comparable to the risk they consume, we could do away with the legacy practice of charging BAF surcharges completely, while shippers wanting to bear such an oil price risk could be offered a floating freight rate,” he said.

“Right now, both parties are trying to have their cake and eat it too, and we're rapidly running out of cake.”