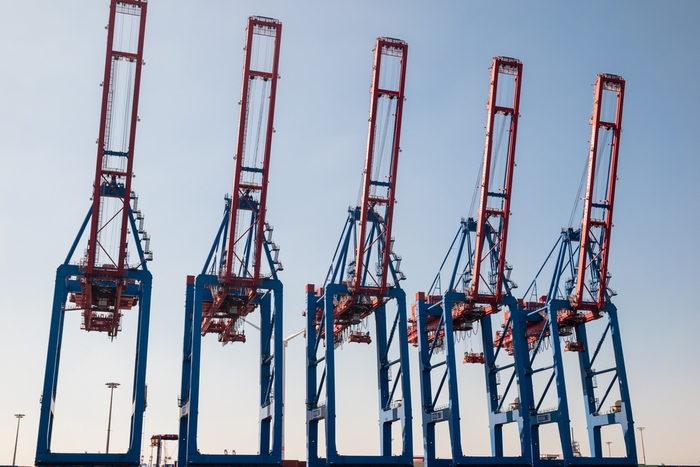 Blank sailings announced by the three carrier alliances on the Asia to North Europe and Mediterranean trades will withdraw 1.8 million TEU from service through the second quarter, according to the latest analysis by Sea-Intelligence Maritime Consulting.

Supply and demand shocks from measures taken to tackle the coronavirus disease 2019 (COVID-19) have now led to carriers canceling 123 sailings, and the analyst believes demand and capacity are currently “at the bottom” and that service networks have been adjusted to the new reality.

“The amount of blank sailings is staggering,” said Alan Murphy, CEO of Sea-Intelligence, in the analyst’s latest Sunday Spotlight newsletter. “However, it is also stable, in so much that the past few weeks have only seen limited change.”

While several European countries have started easing lockdown conditions, Murphy said there remained uncertainty over the strength of any economic recovery, even in cases where the re-opening of a country might be more rapid.

THE Alliance (Hapag-Lloyd, Yang Ming, and Ocean Network Express) has blanked 19 sailings of 297,100 TEU on Asia-North Europe, and 17 sailings on Asia-Med of 232,046 TEU, according to Sea-Intelligence.

Faced with the canceled sailings, Europe’s hub ports and terminals are expecting a sharp decline in their container throughput volume over May and June. Angela Titzrath, chairwoman of Hamburger Hafen und Logistik (HHLA), the largest terminal operator in Hamburg, gave a grim assessment Tuesday of the conditions in which the group was operating.

“We have to adapt to a situation that we have never experienced in our company’s history and that we cannot influence,” she said in a first quarter results statement. “2020 will be one of the most challenging years in the history of HHLA.”

In keeping with several other ports, carriers, and logistics providers that have released first quarter results, Titzrath declined to provide a volume figure with the outlook for the year, saying only that there would be “at least temporarily sharp declines in container throughput and transport.”

The Port of Rotterdam also has very low expectations for the second quarter, writing in a statement Tuesday it expected a 25 percent year-over-year decline in deep-sea container volume through May and June following the blank sailings announced by the carriers.

“Many shops are closed, but orders that have already been placed are still shipped and transported to warehouses,” the port said. “However, these orders are slowly drying up. It is therefore expected that there will be a large decrease in volume in the short term.”

The Dutch hub noted that capacity reductions by carriers on the Asia-Europe trade over May and June were between 20 percent and 37 percent, depending on the alliance. Europe’s busiest container port has already predicted throughput this year will fall by 10 to 20 percent because of poor demand and the blank sailings.