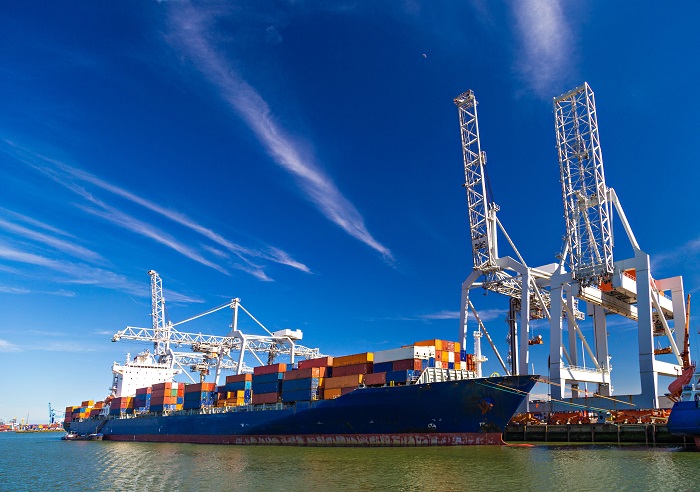 After a year that tilted in carriers’ favor, an influx of new capacity may upset the Asia-Europe supply-demand balance. Photo credit: Shutterstock.


Like it did in 2017, space will dominate discussions European shippers exporting to Asia have with their carriers in the first few months of 2018, but for the opposite reason: there’s too much of it.
Carriers repositioning vessels for last April’s launch of the new mega-alliances coincided with a 20 to 30 percent surge in the export of waste products from European hub ports, quickly using up all available capacity and leading to delays lasting weeks.
This year, however, there was significant capacity growth as new container ships flooded the market. Rather than easing the minds of customers, though, overcapacity brings its own risks to service levels, rate stability, and reliability. How 2018 will play out is not something shippers have any influence over, and the business of shipping containers in the Asia-Europe trade could take three directions.
In a high-growth scenario, consumer demand in the eurozone would expand in the high single figures, generating robust demand for containerized imports that would balance the new capacity entering service as carriers continue to scrap older vessels at high levels. This would strengthen rates and further improve the profitability carriers recorded in 2017.
On the other end of the spectrum of possibilities, European demand will slow, as negotiations break down over the United Kingdom’s exit from the European Union, investment and employment are scaled back further, and current banking issues and debt levels increase across EU members. Under this scenario, the overall strengthening of the European manufacturing sector will flag as external demand declines. As capacity pours relentlessly into the Asia-Europe trade, the gaping supply-demand gap will spark a destructive price war that brings freight rates crashing to first-half 2016 levels, pitching carriers back into deep losses, forcing the cancellation of an unprecedented number of sailings, and spreading widespread disruption across shipper supply chains.
There is, of course, a story line that lies in between. In this more probable scenario, the capacity pouring into service will outpace demand, with the surplus tonnage continuing to pressure freight rates, undermining regular carrier attempts to raise prices through the year. However, the rate levels still will remain higher than the rock-bottom prices experienced in 2016, as carriers manage capacity via extensive service cancellations, idle greater numbers of vessels, and continue to scrap older and unwanted tonnage.
The better industry fundamentals will continue to improve carrier profitability slowly, and, though it is difficult to see oversupplied carriers ignoring the chance to grab market share, the capacity management displayed for most of 2017 is expected to discourage carriers from launching an all-out rate war.
“A lot will depend on whether the carriers can refrain from undercutting one another and stick to the capacity management they displayed in 2017,” said Simon Heaney, senior manager for container research at London-based consultant Drewry.
With so much capacity entering service in the next year, and with demand in the mid-single figures, the high growth scenario can safely be labeled wishful thinking. Global container trade will grow 4.9 percent next year to about 144 million TEU, according to IHS Markit, with the global container fleet on track to grow faster, even after scrapping is taken into account and a quarter of the capacity is delayed.
IHS Markit, parent company of JOC, predicts demolitions in 2018 will total 351,065 TEU, which would result in net capacity growth in the global fleet of 7.1 percent if there is no delay in the deliveries of 78 mega-ships more than 10,000 TEU, totaling 1.2 million TEU. If a quarter of the deliveries are pushed back, the fleet would still expand 5.6 percent. Industry analyst Alphaliner forecast that the global fleet will grow 5.8 percent in 2018 with container volume rising 4.8 percent.
Managing the influx of capacity will be the battleground for global carriers, not just in 2018 but to 2020 and beyond, because the order book unexpectedly sparked back to life in September when, after two years of virtually no new orders, Mediterranean Shipping Co. ordered 11 ships of 22,000 TEU and CMA CGM ordered nine. The 20 vessels will be delivered starting in 2019.
However, it is not only new orders that are filling the order book. Cosco Shipping has 11 vessels of 20,000 TEU already on order for delivery this year and 2019, and they will slot in well with the nine ordered by its Ocean Alliance partner CMA CGM. Cosco and its Ocean Alliance partners have the largest order book of the new alliances.
Although the CMA CGM and MSC orders are not enough by themselves to upset the market, Cosco’s 11 mega-ships hitting Asia-Europe will not ease the existing overcapacity on the trade, the only one able to accommodate ships greater than 14,000 TEU. By the end of 2020, 88 percent of the ships in the Asia-Europe trade will be more than 14,000 TEU, while the number of vessels more than 18,000 TEU would double, according to Copenhagen-based container shipping analyst SeaIntel.
Carriers such as Maersk Line are understandably putting a positive spin on the market, with Maersk CEO Soren Skou saying the many deliveries in 2018 would not undermine the market. “The idle fleet has been absorbed and supply growth broadly looks manageable in the coming years, even if bumps on the road can be expected from some orders.”
Skou’s prediction is for global supply to increase 5 to 6 percent this year. “With the comment around possible bumps, the other thing that I want to reiterate is that overall supply demand fundamentals look good,” he said. “We have broad-based strong economic growth in the United States, in particular, but certainly also in Europe. We have seen strong growth in China and India, and even Russia.”
Contact Greg Knowler at greg.knowler@ihsmarkit.com and follow him on Twitter: @greg_knowler
Maritime News
Maritime News›Container Lines
Asia
Asia›China
Europe
Europe›France
Europe›Germany
Europe›United Kingdom
Maritime
ARO Issue Year:
2018