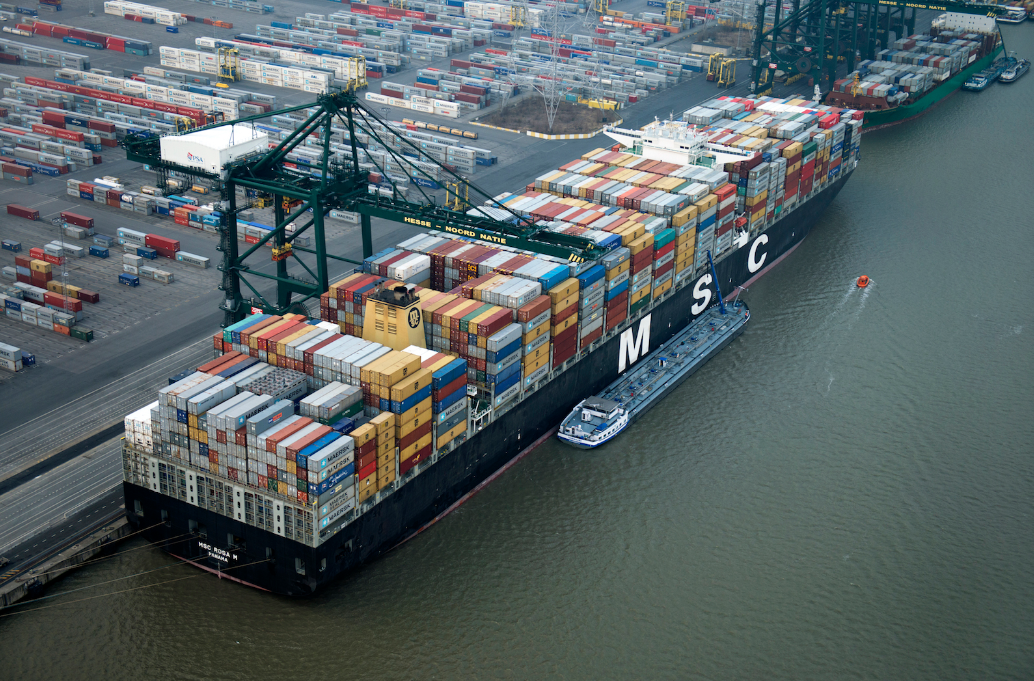 The Port of Antwerp reported a marginal increase in container throughput for the first half of the year, an unexpected development given the demand-cutting coronavirus disease 2019 (COVID-19) that shut down most retailers and manufacturers in Europe.

Container volume from January through June rose 0.4 percent compared with the first half of 2019, Europe’s second-busiest container port announced Wednesday. It is the first indication of how Europe’s port gateways were impacted by the lockdowns, and the results are encouraging.

Antwerp did not provide the actual number of TEU that crossed its busy wharves during the six months, but the slight increase was built on a strong first quarter that saw volumes rise 9.5 percent, and was achieved despite the effects of extensive canceled sailings on the Asia-North Europe trade starting in April. When making the year-over-year comparisons, it is also worth noting that record volume was handled by Antwerp in April and May last year.

While the port regards its first half figures as encouraging given the impact of COVID-19, Port of Antwerp CEO Jacques Vandermeiren suggested caution was in order for the remainder of 2020.

“The impact of the shutdown of the global supply chain due to the coronavirus crisis has been felt from the second quarter onwards and will affect the total throughput of goods this year,” Vandermeiren said in a statement.

Europe’s hub ports are also being affected by another trend that has emerged as a result of the huge number of blank sailings. While the number of vessel calls compared with the same period last year has decreased, Antwerp noted that this was compensated for by larger vessels with a higher average volume being handled per ship.

This trend was highlighted by the latest WPSP-IAPH COVID-19 Port Economic Impact Barometer, a survey of 90 ports in Europe and the Americas, which found that although calls by mega-ships were less frequent in numbers, they were filled with more cargo. Major container ports polled in Europe reported that the average moves per mega-ship per call have significantly increased, with some hubs handling more than 10,000 TEU moves.

The world’s largest container ship, the 23,964 TEU HMM Algeciras, called at several European ports during its maiden voyage in early June and brought with it huge call sizes. HHLA’s Burchardkai terminal in Hamburg told JOC.com last month that the HMM vessel had a container exchange of 13,600 TEU. In late May, the 23,000 TEU MSC Sixin docked at Hutchison’s BEST terminal in Barcelona with a call size of 10,000 TEU.

Ports in the WPSP-IAPH survey said the high number of moves per vessel was causing peaks in both ship-to-ship operations and yard activity at the terminals, and some of the ports reported an impact on landside operations, especially on truck arrivals and departures.

A spokesperson for terminal operator PSA said its MSC PSA European Terminal (MPET) had noticed increasing call sizes on some routes, but no backlogs had developed among the port’s landside handling.

Hans Nagtergaal, head of containers at Europe’s largest container Port of Rotterdam, told JOC.com that call sizes were increasing, but noted Rotterdam was no stranger to handling mega-ships so no landside issues were being seen. Rotterdam has not yet reported its second-quarter container throughput after a 4.7-percent decline in volume during the first quarter.