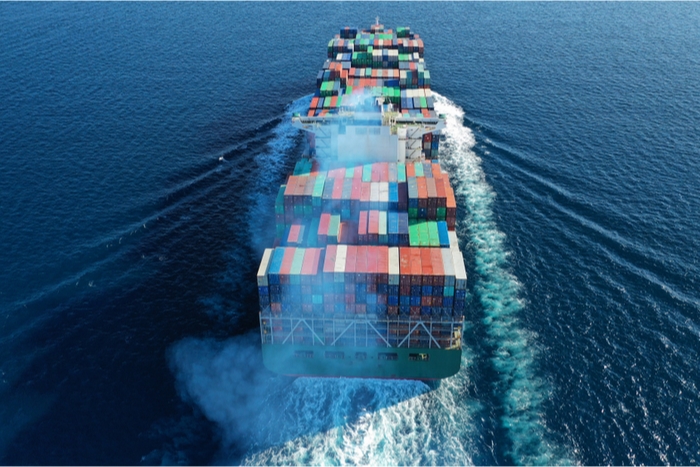 Shippers are keeping a close watch on low-sulfur fuel surcharges that have been applied to shipments since Dec. 1. Photo credit: Shutterstock.com.

Some container lines may be levying higher-than-necessary low-sulfur fuel surcharges on the Asia-North Europe trade to compensate for lower cargo rates, according to an Alphaliner analysis.

The analyst highlighted significant variations in the calculations of interim low-sulfur surcharges that took effect Dec. 1 for cargo moving on the spot market or on contracts of up to three months.

Low-sulfur surcharge levels range from $71 to $135 per TEU, but Alphaliner could find no correlation between the average size of vessels deployed and the surcharge applied by the carriers.

The analyst gave ONE as an example. The Singapore-based carrier applies a surcharge of $92 per TEU on Asia-North Europe, which is lower than nine of the 10 carriers on the trade, even though the company currently deploys the smallest ships on the route.

There were even significant variations in the charges applied within the same alliances that operate similar-sized ships. Mediterranean Shipping Co. applies a surcharge of $71 per TEU, while Maersk’s fee is 63 percent higher at $116 per TEU. Maersk’s surcharge is also higher than HMM’s charge of $112 per TEU, even though HMM does not currently operate any of its own ships on the trade.

“The wide variations in the new fuel surcharge, and lack of complete transparency on their calculations, is bound to fuel shipper concerns of overcharging by carriers to compensate for lower freight rates,” Alphaliner said.

Carriers from Jan. 1 must burn fuel with a sulfur content of not more than 0.5%, per the IMO 2020 mandate, or install emissions-cleaning scrubbers that would allow them to continue using high-sulfur fuel oil.

Carriers have struggled to lift spot rates on Asia-North Europe this year, which after a mediocre peak season began to fall from mid-August to the year’s low point of $580 per TEU on Oct. 18. Rates have improved since then, and at $800 per TEU are currently about 3 percent higher than the same point last year.

But when looked at across 2019, BIMCO chief shipping analyst Peter Sand said in a December market update that spot rates have been at loss-making levels for most of the year.

“Although volumes being shipped between the Far East and Europe have remained high — up 4.6 percent from the same period of 2018 — this has done little to lift freight rates,” he said.

He said despite blank sailings, rates have not risen substantially as the fundamental balance has continued to deteriorate. “The continued deployment of bigger ships, as well as the overall market conditions, mean that even high-demand growth on a route cannot single-handedly lift rates on that route,” Sand said.

While carriers struggle to lift prices on the spot market, they are not gaining much support from contract rates for the 2020 season. Shippers tell JOC.com they have negotiated contracts at the same or even lower levels than those settled on for 2019.

The logistics buyer of a German-based retailer shipping 15,000 TEU a year on the China-North Europe trade said he secured a 10 percent decrease in the contract rate, with a $115 per TEU low-sulfur surcharge on top.

Shippers say different contract approaches were being taken to cover the effect of low-sulfur, ranging from wrapping the bunker increases in an all-in contract rate using their own or a carrier’s formula, to adding 15 to 20 percent to a spot rate linked to the SCFI.

Some shippers were lucky enough to lock in 12-month contracts from mid-2019 to mid-2020, with one beneficial cargo owner (BCO) telling JOC.com he had negotiated mostly flat rates for the contracted period but budgeted for an 8 percent increase in fuel-related surcharges.