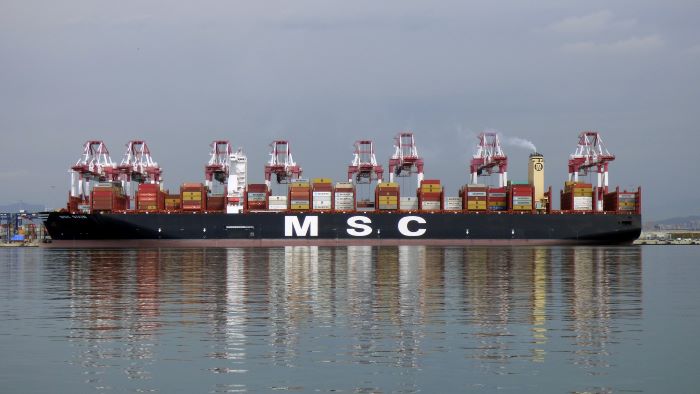 Container carriers are extending aggressive capacity reduction programs deeper into the third quarter, a clear signal shipping lines expect a lukewarm recovery from the demand-crushing effects of the COVID-19 crisis.

THE Alliance of Hapag-Lloyd, Ocean Network Express, Yang Ming, and HMM, and the 2M Alliance of Maersk Line and Mediterranean Shipping Co., this week said 75 sailings will be canceled through September in a bid to match capacity with weak anticipated volume levels.

No announcement has been made by the Ocean Alliance on its network plans for the third quarter, but industry analysts expect members Cosco Shipping/OOCL, CMA CGM/APL, and Evergreen Line to announce a blank sailing program soon.

By June 1, before Wednesday’s third quarter network adjustments, the three alliances had announced a total of 126 void sailings on the trades between Asia and North America through August as a result of the impact of the coronavirus on demand, and 94 blanked sailings on Asia-Europe, according to Sea-Intelligence Maritime Consulting.

THE Alliance’s global service network for the third quarter will prolong the cancellation of the Asia-North Europe FE4 service by merging it with the FE2 service until September and continuing to route the latter around the Cape of Good Hope on eastbound return voyages to Asia. This will reduce THE Alliance’s Asia-Europe capacity by 28 percent in the third quarter, according to Sea-Intelligence.

An improvement in demand on the Asia-Mediterranean trade will see THE Alliance reinstate some services from June, while other planned blank sailings on the trade will extend only to the end of July.

THE Alliance also announced a raft of void sailings on the trans-Pacific and trans-Atlantic trades, but only until the end of July (Week 31), which suggests carriers have some expectation volumes will improve going into the traditional trans-Pacific peak season period in August and September.

Hapag-Lloyd CEO Rolf Habben Jansen told reporters in a briefing this week that due to the unprecedented and unpredictable nature of the COVID-19 pandemic, container shipping demand would remain “very fluid, so things could get better or they could get worse.”

“Based on what we can see right now, I expect some sort of recovery in the third quarter and further improvement running into Q4, but I don’t think this year we will reach the volumes we saw in 2019,” Habben Jansen said.

The 2M Alliance will suspend its joint Asia-Europe AE2/Swan and AE20/Dragon services for the full third quarter, removing 22 percent of their capacity from the trade. However, Sea-Intelligence pointed out that a fortnightly “sweeper” service to be deployed by MSC on both the Asia-North Europe and Asia-Med trades in the third quarter would offset the blank sailings, reducing capacity by 15 to 18 percent instead of 22 percent.

Alphaliner has reported that a total of 11.6 percent of the container shipping fleet is now idle, reaching a record 2.72 million TEU by the end of May, with 20 percent of the capacity (64 ships) being fitted with scrubbers. While Maersk and MSC vessels comprise the bulk of the laid-up fleet in capacity terms at 854,000 TEU, most of their ships that have been removed from service are undergoing scrubber retrofitting. Of the global carriers, in percentage terms, HMM has the largest idle fleet at 32.9 percent of the carrier’s overall capacity.

The withdrawal of such significant amounts of vessel supply has kept spot rates way above levels seen at the same time last year. Data from the Shanghai Containerized Freight Index (SCFI) show Shanghai-US West Coast rates last week jumped 25 percent to $2,097 per FEU, a 42 percent increase from the same week in 2019, as declining vessel capacity could not keep pace with an increase in import volumes driven by inventory replenishment.

The SCFI data show Asia–North Europe rates last week were at $863 per TEU, a 16.6 percent year-over-year increase. The Shanghai–North Europe rate has only fallen below 2019 levels twice since the start of the year, despite Asia–North Europe volumes declining 12 percent in the first quarter of 2020, according to Container Trade Statistics.

Another effect of the extensive capacity reductions is an increase in ship utilization. While carriers have not reported the higher load factors, an executive told JOC.com in May that “ships are leaving China very full.” On the Asia-North Europe and Asia-Med trades, this means huge call sizes are being reported.

This weekend, the world’s largest container ship, the 24,000 TEU HMM Algeciras, will call at HHLA's Burchardkai terminal in Hamburg with a container exchange of 13,600 TEU. Earlier this week, the 23,000 TEU MSC Sixin docked at Hutchison’s BEST terminal in Barcelona with a call size of 10,000 TEU.

How to Improve OTIF: 15 Tips for On Time and In Full Delivery
END_OF_DOCUMENT_TOKEN_TO_BE_REPLACED