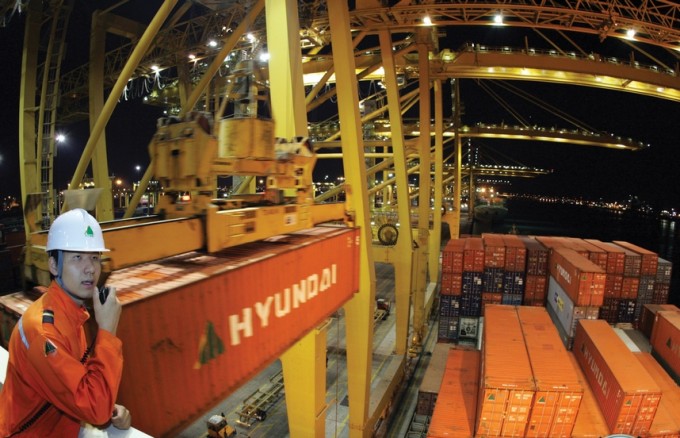 HMM will be part of 2M from April 2017, and although container lines hope to have a smooth roll-out of new alliances, forwarders are not so sure and are planning accordingly.

The world’s forwarders that manage half of the global container trade are accustomed to the frequently changing shape of the liner shipping industry, but the total liner alliance reshuffle from early next year certainly has their attention.

The Thursday announcement by Hyundai Merchant Marine that it was joining the 2M Alliance of Maersk Line and Mediterranean Shipping Co. from April 2017 has again brought the issue of carrier management to the top of the forwarder agenda.

It raises many questions: What services will change? Will strings be cut, port calls omitted or schedules changed when the three new alliances start operating from April 2017? As an industry that survives on the narrow margins extracted from providing services to shippers, even the world’s biggest forwarders could use some clarity.

Otto Schacht, the executive vice president of global sea freight for Kuehne + Nagel International, said this was the third consolidation wave of the last 30 years, and as an industry veteran he had been through them all, both with Hapag-Lloyd and then Kuehne + Nagel.

“In the end we manage our volumes with 20 carriers or with 16 carriers. One week we may move more containers with alliance A because a customer wants his shipment to arrive on a Wednesday, or we will use alliance B to achieve the Wednesday arrival,” he said.

“We will use all the alliances and carriers, and even if you have fewer carriers the number of sailings will not really change very much. We are used to this. In the last five years all the alliances have completely changed their schedules and put in strings or pulled them out on a regular basis.”

There are currently four major container shipping alliances operating on the world’s shipping lanes — 2M, Ocean Three, CKYHE and G6. But with Beijing having merged its two biggest carriers Cosco and China Shipping, and CMA CGM acquiring NOL and its liner unit APL, three of the alliances had to be broken up.

Although the carriers hope to have a smooth roll-out of the two new alliances, forwarders are not so sure and are planning accordingly.

“We are warning all our customers that when the reshuffling of alliances takes place next year, we will see some disruption from February to May,” Schacht said.

Another of the world’s biggest forwarders, German-based DB Schenker, is also considering the impact of the new alliances. Thomas Sorensen, DB Schenker chief executivce officer of north and central China, said although it meant there were fewer alliances to choose from, the network was wider.

“It limits our opportunities and we have less horses to bet on, but at the same time the alliances will create a network with greater reach,” he said.

“If I know I can have 10 loadings out of Shanghai to Hamburg every week, one alliance is not a problem,” he said.

But when it came to liner service reliability, Sorensen said it was important that forwarders were given the reliability they were being promised by the container lines, and that was even more important than transit time.

“Yes, customers are concerned that it basically takes six weeks from Asia to Europe these days, and in some corridors even longer, but you can plan your supply chain around that if the service schedule is maintained. The reliability is very important so shippers know the containers will arrive on, say, a Wednesday so they can plan,” he said.

How to Improve OTIF: 15 Tips for On Time and In Full Delivery
END_OF_DOCUMENT_TOKEN_TO_BE_REPLACED