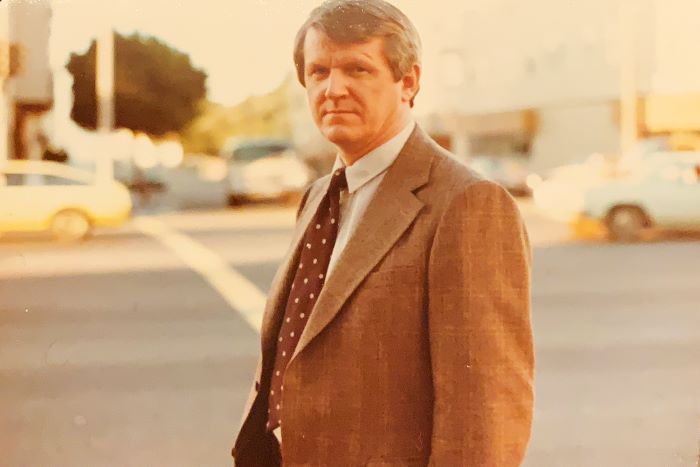 Joe Yeninas joined JOC after a 16-year stint as a cartoonist and illustrator at the Associated Press. Photo credit: Courtesy of the Yeninas family.

Joseph J. Yeninas, a former art director for The Journal of Commerce and newspaper illustrator and cartoonist for The Associated Press and the former Newark Evening News, died May 29 at Jersey Shore (New Jersey) University Medical Center after a short illness. He was 86.

A pen and ink illustrator, Yeninas joined the Newark News — once the country’s 11th-largest daily newspaper — after serving in the US Marine Corps. He was responsible for the newspaper’s sports cartoons and editorial cartoons, as well as informational graphics for which he received several awards. When Newark News staff struck the newspaper in May 1971, he was a picket line co-captain and met an editor, Barbara Spector, who was his co-captain. The two were married seven months later.

Yeninas joined The Associated Press later that year as a cartoonist and illustrator. His cartoons and drawings appeared on the pages of the 1,500 newspapers the AP served throughout his 16-year tenure.

In 1987, Yeninas joined the JOC to establish and lead its art department, ushering in the modern, four-color art and data-driven graphics at the now nearly 200-year-old media company.

Following his Marine Corps service, he played catcher for the Decatur Commodores, the St. Louis Cardinals’ minor league affiliate. When Yeninas, who loved to draw, felt his arm giving out, he left baseball and attended the University of Buffalo. Shortly after finishing school, he joined the Newark News.

He is survived by Barbara, his wife of 49 years; two daughters, Joanna (Scott) Saltz, and Laura (Andrews) Newby, and seven grandchildren. Services are private, and a memorial service will take place later this summer.