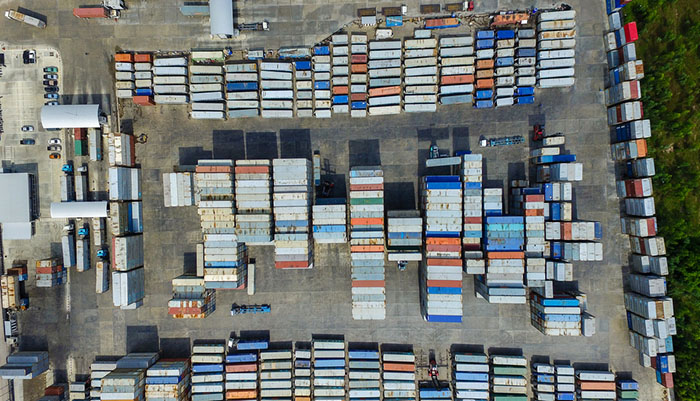 If the forecast for October US imports holds, it would make October and August the busiest months for the US container trade so far in 2016.

Peak season 2016 has finally arrived, and it looks like it will be short but sweet, with one forecaster projecting a 6 percent bump in October compared with the same month last year. IHS Economist Mario Moreno forecasts import growth of 4.5 percent this year, although other forecasters are less optimistic.

“The holidays are nearly here, and from warehouses to store shelves, retailers are making sure they have the merchandise on hand to meet consumers’ demands,” said Jonathan Gold, vice president for supply chain and customs policy at the National Retail Federation. The NRF forecasts $655.8 billion in holiday sales, an increase of 3.6 percent over last year.

The NRF and Hackett Associates each month publishes Global Port Tracker, which tracks containerized imports at the major US gateways. Imports so far this year have been modestly higher. Global Port Tracker said imports in the first half of 2016 were up 1.6 percent from the same period last year. It projects a 2.1 percent increase for the calendar year.

The 6 percent increase for October is therefore a good indication that the US container trades are indeed experiencing a peak this year. With total containerized imports of 1.65 million 20-foot-equivalent units, October should be the second-busiest month of the year after August, when US imports totaled 1.71 million TEUs.

Higher import volumes have not helped ocean carriers to raise their rates. Larger retailers this spring negotiated their lowest service contract rates ever, with come contracts to the West Coast reportedly as low as $700 per 40-foot-equivalent unit, and $1,400 per FEU to the East Coast. Spot rates have been stuck in a narrow range of about $1,700 per FEU to the West Coast and $2,400 to the East Coast since the last general rate increase on September 1, according to the Shanghai Shipping Exchange.

In August, the last month for which Global Port Tracker has actual numbers, imports were up 5 percent from July, but only 1.7 percent from August 2015. Therefore the 6 percent increase for October looks more like a peak month compared to last year. The increases are expected to continue over the next few months, with imports in November projected to increase 3.9 percent, December up 3.4 percent, and January 2017 up 2.7 percent year-over-year.

Imports this year have been held back by high inventory levels, and that has affected freight movements by ocean, rail, and trucking. However, that is beginning to change, said Ben Hackett, founder of Hackett Associates. The retail industry’s inventory-to-sales ratio in July was 1.49. July was the latest month for actual US Census Bureau numbers. July was down from 1.5 in June and a peak of 1.52 in March.

“The inventory-to-sales ratio, one of the best indicators of where the economy is going, is finally declining,” he said, adding that the sharp rise from earlier in the year appears to have come to an end.

US chemicals exports in 2019 hinge on Chinese tariffs

How to Improve OTIF: 15 Tips for On Time and In Full Delivery
END_OF_DOCUMENT_TOKEN_TO_BE_REPLACED