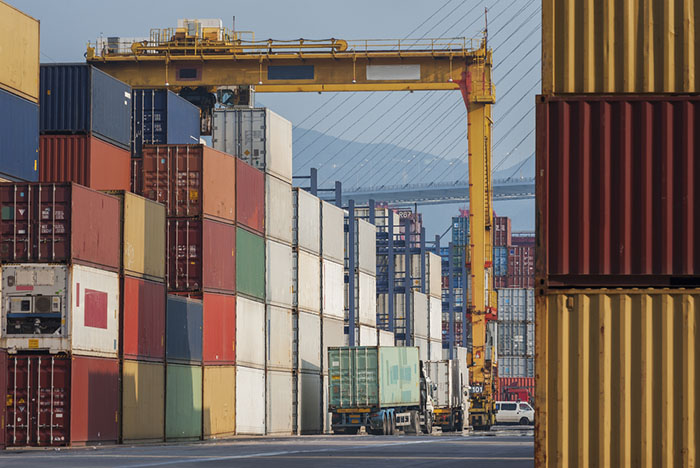 High inventory figures, which generally lengthen replenishment cycles, have proven to be a consistent drag on the rate of growth of U.S. international trade.

The volume of containerized U.S. imports will grow at a slower pace than expected in 2016 — by 4.5 percent, instead of 5.7 percent — owing to weaker than expected retail sales and the generally lackluster economy, according to IHS Markit’s senior economist on global trade.

The downgrade came after data showed imports in the second quarter grew by just 0.6 percent, compared with the same quarter in 2015, offering a more lackluster picture than the 7.5 percent growth of imports in the first quarter of the year, said Mario Moreno, senior economist at IHS Maritime & Trade.

Moreno’s predictions are somewhat more optimistic than the latest forecast by the Global Port Tracker, a report produced by the National Retail Federation and consultant Hackett Associates. The report’s forecast for U.S. containerized imports over the five months from July included two months of declines, and three of increases, the largest of which was 4.4 percent.

The combined total of container imports through the East, West and Gulf coast ports grew by 2.2 percent in June to 1.82 million twenty-foot equivalent containers, compared with the same month in 2015. That’s up from a decline of 0.6 percent in May, to 1.8 million TEUs, compared with May 2015, according to data from PIERS, a sister product of JOC.com within IHS.

Part of the import weakness is due to higher than normal inventories that have built up over the past two years and have proved difficult to draw down, as retailers and their suppliers try to balance store and e-commerce sales. The value of overall business inventories inched up 0.2 percent to $1.81 trillion in May, and retail inventories increased by 0.5 percent, according to the most recent data from the U.S. Census. High inventory figures generally lengthen replenishment cycles.

Moreno said the especially strong first quarter results for container imports through U.S. ports were an “illusion” that were “too high for then current economic conditions.” The forecast of 5.7 percent growth overall in 2016 was simply not sustainable once the second quarter figures came in, he said.

That sense was shaped in part by a decline in retail sales growth from 0.9 percent in the third quarter of 2015 to 0.3 percent in the first quarter of 2016, he said. Although the retail inventory to sales ratio hit a seven-year high in May, imports were dampened by business efforts to “reduce excessive inventory levels,” he said.

Moreno also reduced his forecast for 2017 from an earlier estimate of 6.2 percent growth, to 5.4 percent, based in large part on his forecast of U.S. real GDP growth of 1.9 percent this year and 2.4 percent in 2017, and on the home sales figures and import prices.

“Risks to the imports forecast remain tilted to the downside,” Moreno said. “The inventory ‘problem’ caused by high expectations for the U.S. economy in the beginning of the year, a strong dollar, and last winter’s unseasonable warmth is still unwinding.

“Manufacturers are keeping inventories reasonably lean, but wholesalers and retailers both have excess inventories, and as they correct, there will be spillover onto manufacturers,” he said. “The ongoing inventory correction is expected to depress economic growth in the summer quarter, but less so in the fall quarter.”