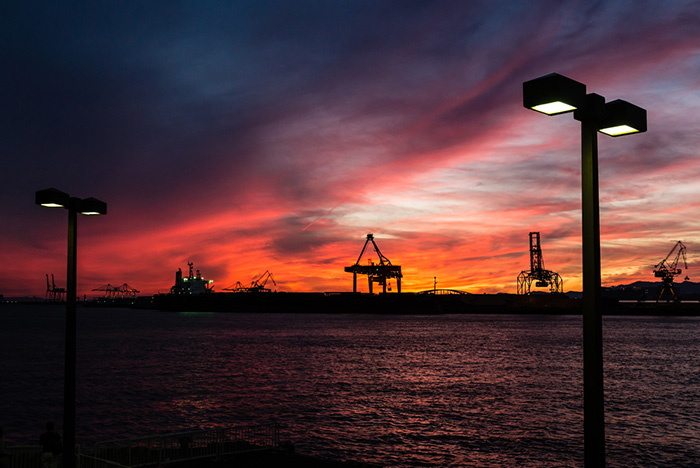 A Nittsu Research Institute and Consulting Inc. report predicts that Japan’s container throughput will contract 3.4 percent year-over-year in fiscal 2015 and grow just 1.3 percent in fiscal 2016, which begins April 1, due to weakness in China's economy.

The new containerized trade predictions from the subsidiary of Nippon Express Co., Japan’s largest international freight forwarder, are significant because they are both downgrades of previous forecasts for each fiscal year.

NRIC forecasts are based on trade at the eight major Japan ports of Tokyo, Yokohama, Nagoya, Osaka, Kobe, Shimizu, Yokkaichi and Hakata, which together account for nearly 90 percent of the nation’s overall containerized trade.

Fiscal 2015’s 3.4 percent contraction of containerized trade will be driven by a 2.2 percent year-over-year decline in exports to 4.8 million 20-foot-equivalent units, while imports will fall 4.3 percent to 6.8 million TEUs. NRIC had previously forecast declines of 0.3 percent and 2.1 percent for exports and imports, respectively.

The overall 1.3 percent growth expected in fiscal 2016 will consist of a 0.9 percent increase in exports to 4.8 million TEUs and import growth of 1.6 percent to 6.9 million TEUs.

“Exports to the U.S. and Europe are expected to rise steadily, but exports to China are unlikely to recover due to a continued slowdown in that country’s economy,” NRIC said in reference to its 2016 outlook.

While imports will grow for the first time in three years in fiscal 2016 because of more consumer and corporate spending, that growth will be slowed by a 2014 sales tax hike of 5 to 8 percent that has dampened domestic demand. Consumer spending is a key engine of economic growth in Japan that accounts for about 60 percent of gross domestic product.

In their New Year messages released on Jan. 4, the presidents of NYK Line, Mitsui O.S.K. Lines and “K” Line said that their firms will specifically provide better services, cut costs strenuously and ensure the safe transportation of cargo.