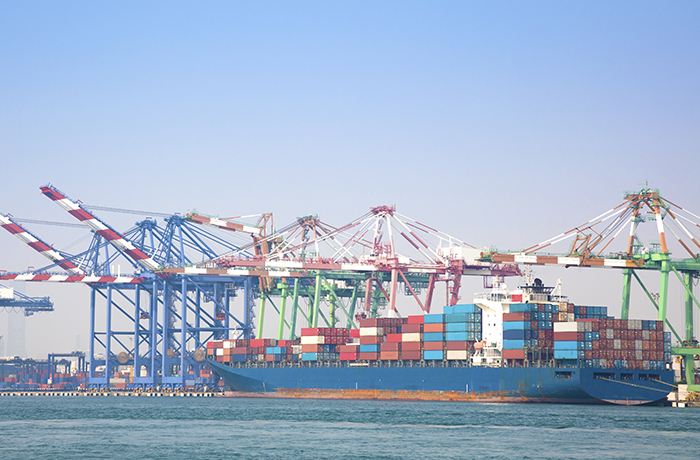 More containers will leave Kaohsiung destined for the Philippines as part of a Taiwanese government effort.

The “Southbound Policy” of the government of Taiwan is opening doors for the Philippines to capture investment from a wide range of Taiwanese business sectors, according to the International Container Terminal Services (ICTSI).

The Manila-based container terminal operator said the policy represents a paradigm shift in Taiwan’s economic growth strategy that has the potential to drive growth in logistics and transshipment, high-value manufacturing, renewable energy, e-commerce, and other industrial sectors in the Southeast Asian island nation.

Taiwan’s Evergreen Marine Corp. will launch next week a new service linking Subic Bay, Batangas, and Manila with Kaohsiung in Taiwan, as well as Incheon and Gwangyang in South Korea.

In a statement announcing details of the service, the ICTSI said the direct links with Taiwan and South Korea would boost the economies of northern and central Luzon, the largest and most populous island in the Philippines.

“Our inclusion in the [Korea-Taiwan-Philippines] service is a clear indication that the markets of central and northern Luzon are growing, and will benefit from another large global carrier participating in this growth,” said Roberto Locsin, general manager of ICTSI subsidiary Subic Bay International Terminal Corp., which operates the container terminal at Subic Bay Freeport.

The launch of the service follows discussions between the Taiwan Maritime and Port Bureau and the Subic Bay Metropolitan Authority on increasing container transshipment traffic between ports in Taiwan and Subic Bay and is seen as resulting from the so-called Southbound Policy.

Led by President Tsai Ling Wen and owned by the executive branch of the government of Taiwan — the Executive Yuan — the Southbound Policy aims to position Taiwan as a more important player in Asia’s major growth markets by strengthening trade and investment ties with south Asia, Southeast Asia, Australia, and New Zealand.

The policy has a strong focus on integrating with the trade and supply chains of and connecting with domestic demand markets in the target countries, as well as cooperating on infrastructure projects.

“The Philippines is capitalizing on Taiwan’s “Southbound Policy,” which aims to strengthen trade and investment relationship between Taiwan and countries south of the latter’s territory,” the ICTSI said.

Taiwan is the eighth-largest trading partner of the Philippines, with $7.1 billion worth of bilateral trade in 2016, according to Global Trade Atlas, a sister division of JOC.com within IHS Markit. Fifty-two Taiwanese companies have invested around $500 million in the Subic Bay Freeport Zone.

South Korea is the seventh-largest trading partner of the Philippines, with $7.4 billion in bilateral trade, according to Global Trade Atlas, and the number of South Korean companies investing in the country, particularly in the construction, cosmetics, and food sectors, is rapidly on the rise.

The ICTSI is a mid-sized global terminal operator that has been benefitting from economic and trade growth in its home country as well as successful investment in terminals in emerging markets.

The company reported revenue from port operations of $1.1 billion in 2016, 7 percent higher compared with the $1.05 billion booked the previous year. Net income attributable to shareholders was $180.0 million, up 207 percent on 2015.

The ICTSI handled consolidated volume of 8.7 million 20-foot-equivalent units at its global terminal operations last year, 12 percent up on the previous year. The increase was driven by a continuing ramp-up in volumes at operations at its terminal in Umm Qasr in Iraq; the addition of new services at terminals in Mexico, Ecuador, and Indonesia, and stronger trade volumes in Madagascar, Croatia, and through most of the terminals it operates in its home country.

The ICTSI last month formally opened a $550 million multi-user container and bulk handling facility at the Port of Buenaventura, Colombia, in joint venture with PSA International of Singapore.