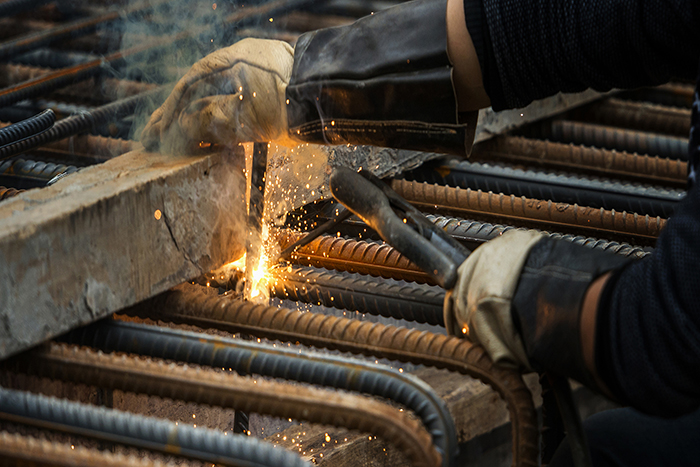 Work on port projects is hard to find in the United States.

Marine container terminal operators are holding back on modernizing their US facilities because of a lack of funding and market confidence, even as a wave of new mega-ship calls tests their dated infrastructure and technology, port engineers say.

That’s a blow to beneficial cargo owners grappling with congestion flare-ups and demanding greater visibility of their shipments so they can better manage inventory and avoid stock-outs. Although there are no hard numbers on slowing investment, recent examples at the ports of Los Angeles and Long Beach underscore what engineers say is an industry-wide slowdown in brownfield development, including automation, and a near-shutdown in greenfield development.

“I’m trying to think of a greenfield project right now that someone is actually building or financing, and I can’t think of one,” Larry Nye, vice president of port planning at the global infrastructure advisory firm of Moffatt & Nichol, told JOC.com.

Both greenfield and brownfield developments are considered a risk in the current economy. The former requires a mass of capital and land that simply is not there, said Andrew Penfold, director of global maritime at the New York-based engineering and design firm WSP Parsons Brinckerhoff.

“It’s more looking at how we squeeze more productivity out of the existing investments we’ve made,” Penfold told the Association of Port Authorities at its Spring Conference in Washington last week.

Brownfield investment, like automation, could seem like a means of “squeezing more productivity out of existing investment,” but even automation requires construction phasing that slows operations while the new technology is installed. And although it is still considered brownfield development, it can in some cases cost double the price of the original buildout.

It’s one explanation why, although automated stacking cranes, automated ground transportation, and computer-driven operating systems have been available for 20 years, 94 percent of all container terminals globally are still manual. Only 2 percent are fully automated and 4 percent semi-automated, according to estimates from Hamburg Port Consulting.

“If you’re private sector, you’re not prepared to take a risk. These guys, if they continue to invest, they’re looking for more comfort. The bankers are looking to reduce risks,” Penfold said.

Penfold said investors and terminal operators are looking at smaller, niche projects where there is a quicker and more reliable return on investment.

“We find there’s a lot of interest in specialized cement terminals or floating silos. Those kind of things are very attractive to investors,” Penfold said — not container yards or greenfield automated terminals.

It may seem antithetical to common sense, Nye and Penfold said. State and local governments are pushing green initiatives to curb pollutive carbon emissions. They need terminals and terminal equipment electrified and automated if they’re to reach their established benchmarks. And, perhaps more pressing, ships with capacity for as many as 18,000 teus are destined to arrive at US West Coast ports with more regularity over the next four to five years. They need consistent, functional operations and expanded capacity for their historic cargo discharges.

“Actual demand remains strong, but those major projects are all being held back and there’s a lot of wait-and-see,” Penfold said.

Development at two California terminals, APL’s terminal in Los Angeles and Pier T in Long Beach, fell to the wayside after those operations changed hands. When APL belonged to Neptune Orient Lines (NOL) Group, there were discussions about densifying the terminal. “But of course NOL didn’t have the capital,” Nye said. CMA CGM purchased APL earlier this year and now the future ownership of the terminal and any development there has been left uncertain.

There were also talks of implementing some form of automation at Long Beach’s 385-acre Pier T, the largest container terminal at the port. But that was back when Hanjin Shipping had a stake in the terminal. “And well, Hanjin is gone,” said Nye. In December, the Long Beach Board of Harbor Commissioners approved a lease with Terminal Investment Limited, the terminal operating subsidiary of Mediterranean Shipping Co., after Hanjin filed for bankruptcy in August. Much like APL’s terminal at Los Angeles, the future of the facility is uncertain.

Even at Pier 400 at the Port of Los Angeles, talk of expanding capacity at the terminal appears to be on hold despite APM Terminals being an arm of the Maersk Group and ostensibly under no threat of acquisition or bankruptcy, Nye said.

“There’s not a lot of money out there. The lines have spent all their money on ships. They’re not making a lot of money. The lines, who are usually some way or another a partner in these deals, don’t have a lot of cash, especially to put into one particular port when, in most routes, their ship is calling multiple ports,” Nye said.

“The next four or five years, the focus is on reducing costs,” Penfold said.

There are a few examples where investment, in greenfield and brownfield development, is being made, said Nye. The Port of Virginia is one of them.

The port is currently developing a new fourth container terminal, the largest fully-permitted port expansion project in the United States. That mammoth greenfield project has been in development for more than 10 years and will take at least another decade to complete. The port is taking on the mammoth task of dredging the entire island on which the terminal will sit. Once completed, Craney Island will double the entire capacity of the port.

In the meantime, the Virginia Port Authority renewed its lease at the semi-automated Virginia International Gateway (VIG) terminal in September, clearing the way for the port to begin work doubling capacity at the 1.1 million-teu deep-sea container terminal, where space has been tight as traffic has increased on the Virginia waterfront. And in the even nearer future, the port authority has been modernizing Norfolk International Terminals (NIT), its largest facility, and “within 36 months we expect NIT to operate like the semi-automated facility at VIG,” Joe Ruddy, the port’s chief innovation officer, told the PORTCON 2017 Seaport Trade Conference Miami on March 29.

Virginia is a rare example of a port pursuing both greenfield and brownfield development, modernizing, automating, and expanding when so many other port and terminal operators can’t afford to do one, much less all three. In a word, Nye said, “They are lucky.”

Could be that some view the

Permalink Submitted by ferrullig@minds... on Apr 12, 2017 10:56AM EDT
Could be that some view the West Coast as a waste land because labor is opposed to increased productivity. What good would it do to invest tens of Millions on infrastructure if the people who work at the facility refuse to increase productivity. Maybe we will find out more about this as the Middle Harbor project gets closer to finalization. The port and OOCL have both invested a lot of time, effort and money to improve the infrastructure, and the ILWU has been privy to all of the planning and development since day one. I would assume that both the port and OOCL believe that the ILWU will be cooperative in using the new highly automated equipment and the result will be increased productivity. Someone told me a while back what assume really means - I hope not.
Regulation & Policy›Infrastructure News›US Infrastructure News
Port News
Port News›US Ports