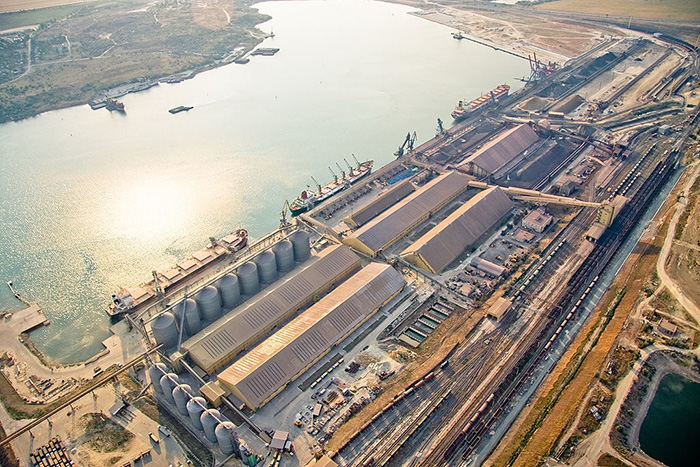 The agreement for the Yuzhny port follows a Chinese summit on its Belt and Road infrastructure program.

A Chinese construction company will deepen the approach channel and alongside depth of the Ukrainian port of Yuzhny as the government steps up efforts to secure investment under the Belt and Road program.

The deal follows the official adoption earlier this year of an ambitious development plan for the port, which sits on the Black Sea in the southern province of Odessa Oblast. The government is thirsty for funds to transform the port to a regional industrial and transport hub and is looking to China and Dubai to help with the task.

The Yuzhny port is situated between Odessa, Ukraine, and the Russia\-controlled Crimea Peninsula.

China Harbor Engineering Company will dredge the port’s approach channel from 16 meters (52.5 feet) to 19 meters. The alongside depth at three berths will be deepened to 16 meters.

"[The project] will increase the capabilities of our port of Yuzhny and creates additional opportunities for the development of the national economy,” said Ukrainian Prime Minister Volodymyr Groysman at the signing ceremony.

Ukraine has upped its involvement in the development of rail services between China and Europe since a 2016 ban was imposed by Russia on Ukrainian shipments travelling through its territory to Kazakhstan.

The government says the so-called trans-Caspian route is not yet economical due to limited backhaul volumes and high rates.

"This Silk Road route is functional, but due to the sea freight costs, currently, it is too expensive," Dovgan said.

The government is seeking China’s help to become an important note connecting China and other Asian countries with western and northern Europe.

"We have a lot of options for this. Once cargoes enter the Odessa port, we could ship them by rail to Hungary or to Poland … we have established train routes to Belarus, to the Baltic States, to the Baltic ports of Klaipeda and Riga," Dovgan said.

The country is wooing investors from other parts of the world as well. A memorandum of understanding was signed with DP World last year at to explore options for the development of logistics capacity in the country. DP World subsidiary P&O Maritime already operates in Ukraine, and there is speculation the Dubai-based global terminal and free trade zone developer may invest in Yuzhny.

“We have to move away from planning for a year or two. For predictable and successful development we have to think strategically. A global investor such as DP World can give country perspectives in maritime cargo transportation, attract cargo to Ukraine, and create added value to the state enterprises of maritime industry,” said Infrastructure Minister Volodymyr Omelyan.

US company Cargill said last year it will invest $100 million to build a new grain terminal at Yuzhny. Cargill has an extensive presence in Ukraine, where it purchases grain and oilseeds from farmers for local processing and export.

The company in 2014 lost control of one of its sunflower crushing plants in the country, at Donetsk, due to the conflict with Russia.

Canada Trade and Shipping Outlook
TPM22: What We Learned — Container Shipping in the Crosshairs
Managing E-Commerce From Order to Delivery and Beyond
END_OF_DOCUMENT_TOKEN_TO_BE_REPLACED