Planned port would give alternative to Tanjung Priok

Planned port would give alternative to Tanjung Priok 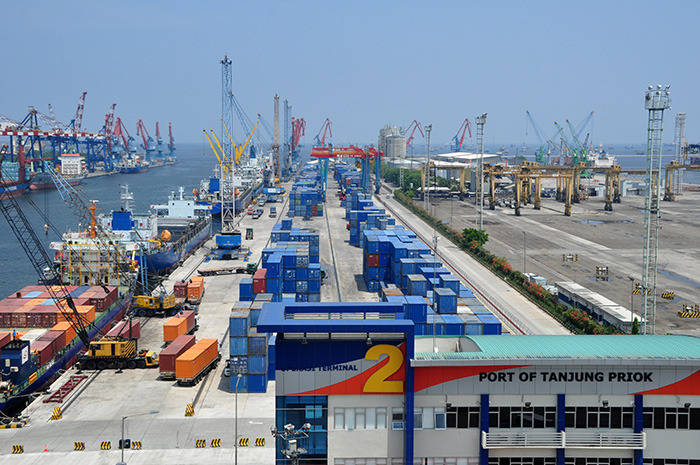 Beneficial cargo owners (BCOs) stand to gain strongly from a planned new container and roll-on, roll-off port serving the Jakarta hinterland that will give them an alternative to congestion-plagued Tanjung Priok, according to a detailed new study carried out by the Japanese government.

The 480-page study says traffic congestion in the Jakarta area forces BCOs to hold “excessive” inventories in order to safeguard against disruption to supply chains. For example, logistics companies need to operate during the nighttime and BCOs are forced to reschedule labor shifts as a consequence, adding more costs to supply chain operations.

“This undesirable situation leads to loss in manufacturer’s motivation to invest in Indonesia and it will be difficult to stimulate the economy of Indonesia and for it to play a central role in the manufacturing industry in ASEAN [Association of Southeast Asian Nations],” the study says.

The Japanese government is funding the new port at Patimban in West Java, around 140 kilometers to the east of Jakarta. Construction will begin shortly and a soft opening is scheduled for 2019.

Patimban's location away from central Jakarta will help shippers avoid the traffic congestion that impacts operations for Tanjung Priok users.

The demand forecast carried out as part of the study indicates Patimban will eventually handle a 36 percent share of total Jakarta hinterland containerized cargo volumes and a 68 percent share of the region’s automobile-related shipments, with the balance handled by Tanjung Priok.

The new pot will primarily serve users to the east of Jakarta and in the province of West Java, where there is a high concentration of automotive manufacturing and trading companies. Honda, General Motors, Hyundai, Isuzu, Suzuki, Nissan, Daihatsu, Toyota, Mitsubishi, and Proton all have operations within the catchment area of the new port, and vehicle-related cargo is expected to represent more than 60 percent of shipments.

The first phase will offer handling capacity of around 300,000 TEU per year and two subsequent phases will take eventual capacity to more than 6 million TEU.

The study notes that BCOs and logistics companies in the region are not satisfied with customs clearance and storage procedures at Tanjung Priok. Among other issues, it documents user complaints of inconsistent procedures, inconsistent application of regulation, cargo pilferage, and excessively high storage charges.

“Lack of sufficient space of container yard and berthing facilities has become a critical issue to the customers and causes continuous traffic congestion in and around port ... cargo damage during loading and/or unloading work is another problem for customers.”

Although not mentioned in the original plan, which was drawn up before the deal with Japan was completed, Patimban port will be an important part of the government’s ‘Sea Tollway’ plan that aims to build a high-capacity, low unit cost container shipping network linking the west and east sides of the country through five hub ports and 19 feeder ports.

The high-level goal of Sea Tollway is to reduce logistics costs as a percentage of GDP in order to increase the competitiveness of the country’s manufacturing and trade sectors. Another goal is to win back Indonesia-origin cargo currently shipped directly from the country’s smaller ports to Singapore where it is consolidated and shipped onwards on intra-Asia and mainline services.

The government is investing in the ports and shipping network but foreign investment is badly needed to make impactful progress toward the Sea Tollway goals and Jakarta has been courting investment from the region’s big port investors, Japan and China.

IHS Markit expects the country’s growth to hold steady at 5 percent in 2017, with the government able to maintain its pace for consumption and infrastructure spending.