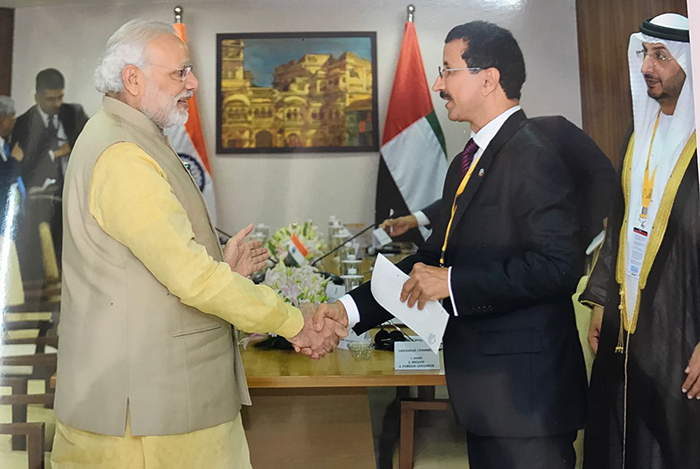 India has kicked off a major investment summit to find backers for 40 projects involving a total investment of Rs. 85,000 crore (approximately $13 billion), many of which are part of the country’s Sagar Mala port modernization program.

“Projects have been identified for capacity augmentation at existing ports, especially Kandla, to meet the future growth in cargo volumes. These include mechanization of cargo handling process, development of multi-purpose berths, and setting up of barge and coastal jetty to name a few,” an official statement said.

Port-related rail development proposals include a plan to connect the Western Dedicated Freight Corridor, which is meant to speed up freight movements between India’s northern hinterland points and west coast gateways such as the ports of Hazira, Pipavav, and Mundra.

“We are reinforcing our commitment to economic development through our operations in the country, where we have invested $1.2 billion to date, supporting over 30 percent of India’s container trade,” the global operator said. “Being one of the strongest emerging economies in the world, it offers immense potential for growth in maritime and inland trade.”