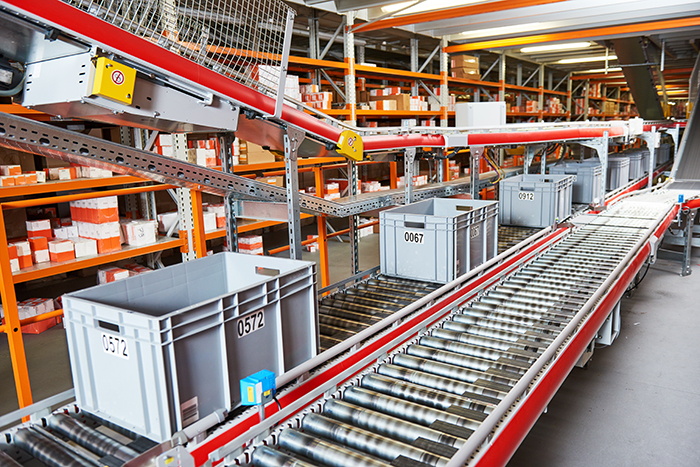 US shippers are having a harder time securing warehouse and distribution space and are having to pay more for it, as US industrial real estate rates dipped 0.1 percentage points to 5 percent in the first quarter, compared with 2017, while average rents rose 5.4 percent in the same period.

“US industrial markets absorbed 56.9 million square feet in the first quarter of 2018, making it the fourth strongest start to a year in the past 30 years,” Cushman & Wakefield stated in its first quarter 2018 report on warehousing and manufacturing leasing activities.

Demand for e-commerce-related properties was strongest in the major seaport regions such as Southern California and New York-New Jersey and inland transportation hubs such as Chicago where demand is also the greatest for traditional import and regional distribution facilities. “The main point is the bigger the market, the bigger the demand,” Tolliver said.

The West, at 3.5 percent, and the Northeast, at 4.9 percent, had the lowest vacancy rates in the first quarter. The Midwest vacancy rate was 5.3 percent and in the South it was 6 percent, according to the Cushman & Wakefield report.

Rising rents will not slow demand in hottest markets

Despite rising rents, which will continue in 2018, demand for industrial space in the busiest markets will not diminish, Tolliver said. “There is no real sign of weakness. Demand is so tight,” he said.

CBRE reached the same conclusion in its first-quarter industrial report, which was also released last week. CBRE listed the rent increase at 5.9 percent year over year, “well above the average, 12-month growth of 3.8 percent during this cycle dating back to [fourth quarter] 2011,” CBRE stated. With 41 million square feet absorbed versus 35 million square feet delivered, the market’s availability rate declined to 7.3 percent, compared with fourth quarter 2017; that is the lowest level since first quarter 2001. This marked the 32nd consecutive quarter of positive net absorption, the longest streak in almost 20 pears, CBRE stated.

The boom period in industrial real estate will continue at least into 2019 because of the structural changes that are under way, Tolliver said. Growth of about 5 percent in containerized imports will drive the “old commerce engine” of import and regional distribution centers in seaport cities and inland population centers, and the “new commerce engine” of last-mile fulfillment, also located largely in coastal cities and inland hubs, will compound the growth in demand for industrial property.

These structural forces plus the measured development of new properties in congested cities — due to rising construction and labor costs, zoning restrictions, and the sense of caution that developers still experience since the 2008-2009 recession — will prevent unbridled growth. “No one wants to get burned again,” he said.

On the other hand, the growth in e-commerce last-mile activity is giving a second life to old, outdated industrial properties in the major seaport and inland population centers. Demand for these “B” class properties is driven almost totally by their location — within a few miles of the urban cores. Unlike import and regional distribution facilities, which can exceed 1 million square feet, the old, sometimes abandoned inner-city facilities can serve their purposes just fine with 50,000 to 200,000 square feet, Tolliver said.

Leasing activity for the smaller, last-mile facilities has grown big and it has grown fast. “That’s the sea change,” Tolliver said. Furthermore, the future looks even brighter because last-mile activity has been largely confined to merchandise retail. “We haven’t even gotten into groceries and pharmaceuticals in a big way,” he said.

Retail last-mile facilities can be rather basic, which means they do not require high ceilings, large square footage, or dozens of truck bays as are required in the import and regional distribution sector. Cargo-handling is really cross-docking from containers and trailers to small trucks and vans. “They must have the ability to handle high-velocity throughput. That’s much different than the new buildings on greenfield sites,” he said.

Strong demand for logistics and e-commerce-related properties resulted in accelerated growth in rental rates in the first quarter, “with more room to run,” the report stated. For owners of industrial property, that means increased leverage, but for users of warehouse space, “you must plan well in advance before your lease expires,” Tolliver said.

Down the road, restructuring of the retail market, with slower growth in brick-and-mortar retailer and faster growth in e-commerce, may have developers looking at repurposing some shopping centers and auto malls for omni-channel distribution in order to get merchandise to the end consumer in a faster, more convenient way. “Retail is not dead, it’s just repurposing,” he said.

The broad-based nature of the industrial real estate growth is also evident in build-to-suit versus speculative construction. Spec accounted for 68 percent of the 251 million square feet of industrial property under construction in the first quarter. However, activity is also strong in build-to-suit facilities for cold storage and other specialized areas, he added.

The CBRE report noted that the major drivers of supply chain demand, consumer consumption, business inventories, and industrial production, all continue to grow at a steady pace. With a 4.1 percent US unemployment rate, the lowest in 17 years, the fastest wage growth since 2009, and consumer confidence near its highest level since 2004, demand for industrial properties shows no sign of slowing down, CBRE stated.

Cushman & Wakefield noted that due to the measured, somewhat conservative pace of development, supply versus demand for industrial properties should be in balance for the near future. Tolliver sees no evidence of a supply glut developing, certainly not in the largest coastal cities and inland population centers. He expects the 5 percent US vacancy rate to remain at least through 2019. As for the more traditional 8 percent vacancy rate, “we’re years away from that,” he said.