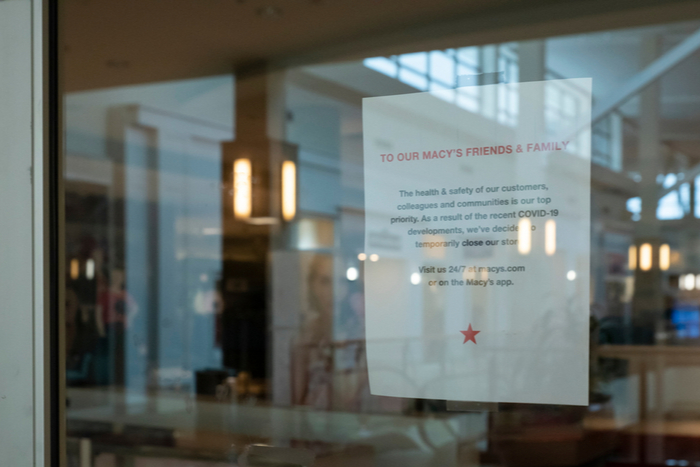 The closure of retail chains, offices, and workplaces is freezing economic activity, tipping the US into recession, IHS Markit

The US and global economies are already falling into recession, with forecasts being revised on the fly as the coronavirus disease 2019 (COVID-19) spreads around the world, putting an end to a 10-year US economic expansion, according to IHS Markit chief economist Nariman Behravesh.

“There’s no question we’re in a recession,” Behravesh said Thursday during the JOC webcast, TPM20: What We Missed — The Economic, Trade and Container Shipping Outlook. “The only question is how deep.” As of Thursday, IHS Markit, parent company of JOC.com, forecast the US economy would contract 0.2 percent in 2020, “but that will very soon get revised down to at least -1 percent,” perhaps by the end of the week, Behravesh told the more than 1,100 logistics executives who attended the webcast.

The direct cause of the recession is the spreading coronavirus, or more precisely the precautions taken against the coronavirus, he said. “So far, it looks like the only way to stop it [COVID-19] is by freezing economic activity, and that plunges the economy into recession,” Behravesh said. “The virus itself isn’t killing the economy, but the response to it is sending us into recession.”

Behravesh had been scheduled to speak March 2 at the TPM20 Conference in Long Beach, but that conference was cancelled as the coronavirus spread to the United States. At the time, there were only about 15 confirmed cases of COVID-19 in the US, and Thursday there were more than 10,400, with about 150 US deaths caused by the virus, according to the Centers for Disease Control.

The global economy is still expected to grow 0.7 percent in 2020, a rate that may be revised downward, and then bounce back to 2.4 percent expansion in 2021. That’s still lower than the 2.6 percent growth predicted for the world economy by IHS Markit before the initial outbreak of the coronavirus in China’s Hubei Province.

“By IHS Markit’s definition, any growth rate below 2 percent in the global economy is considered a global recession,” Behravesh said. But the 2008-09 global recession was much more severe. “In that crisis, world gross domestic product [GDP] fell 1.7 percent,” he said. “We’re a long way from that. We could get there, but for the moment we’re not saying that.”

The COVID-19 pandemic will reduce global trade volumes, as demand is depressed by lockdowns, closings, and travel bans in China, Europe, the United States, and other nations. The effect of lost wages during the lockdown on consumer spending will represent a second hit to demand. “We need a lot of help for households who now are not earning because they are not working,” Behravesh said.

But the plunge probably won’t be as deep as in the great recession. “Before the virus hit, global trade was weak but not negative,” Behravesh said. “Now we’re thinking 1 to 2 percent negative.”

If the global GDP forecast is revised downward from 0.7 percent growth to a 1 percent contraction, “then we’re looking at trade volume growth south of 5 percent negative, down between 5 and 10 percent,” Behravesh said. In the 2008-09 recession, “trade volumes were down 15 percent, if only briefly,” he said.

In other words, for the freight industry, “It’s going to get uglier before it recovers,” Behravesh said.

Italy, where more people already have died of COVID-19 than did in China — 3,405 people as of Thursday, according to data posted by Johns Hopkins University — may absorb the worst economic blow of all worldwide.

“Italy’s GDP is down 3.5 percent, while other European countries are less dramatically hurt.” Italy was already in a recession, Behravesh said. Now the entire eurozone and the United Kingdom are facing recessions this year.

The “COVID-19 recession” will not be a quick, “V-shaped” downturn and recovery, he warned, but more a “U-shaped” one.

“When the all-clear is given, the recovery will be slow,” Behravesh said. After the Sept. 11, 2001 terrorist attacks, for example, it took more than two years before air passenger numbers surpassed pre-attack levels, and “airlines have said this is worse than 9/11 for them.”

Measures to combat COVID-19 will cost the airline industry between $63 billion and $113 billion in revenue this year, the International Air Transport Association (IATA) estimated March 5, a figure that could be revised upward given the rapid spread of the coronavirus in the last two weeks and the still-unknown air cargo revenue loss.

The immediate need in the United States is for fiscal policy that benefits those hurt by the virtual lockdown. “Checks to everybody makes no sense, send checks to those who need them,” Behravesh said. “Bailouts for small companies make sense. The $1.2 trillion fiscal package will probably go through, but they will probably need more than that.”

Editor's Note: Parts 2 (El Dorado/LogTech) and 3 (Trucking/Intermodal) of the JOC TPM20: What We Missed webcast series will be held March 26 and April 2, respectively. Information on those sessions, including links to registration, is available at: joc.com/webcasts.

Not all shippers suffering amid global supply chain chaos

Navigating the Winding Roads This Peak Season & Beyond
END_OF_DOCUMENT_TOKEN_TO_BE_REPLACED