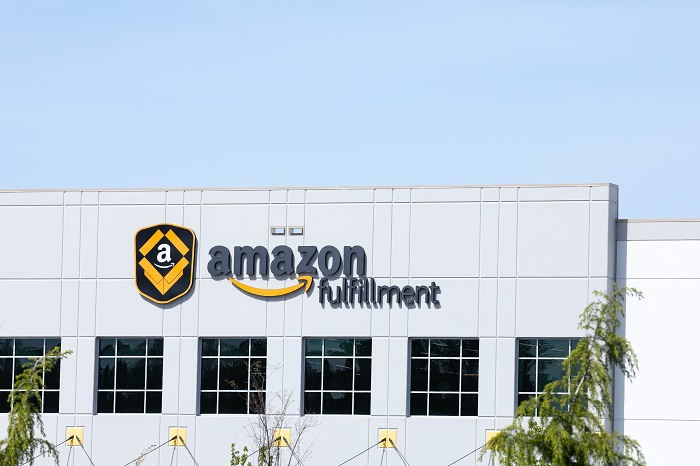 With respect to e-commerce, a new report by Armstrong & Associates estimates that e-commerce logistics costs in the United States reached $117.2 billion in 2017. Photo credit: Shutterstock.com.

Combined net revenue in 2017 increased 5 percent from 2016, totaling $77.1 billion. For 2018, combined revenue of the four largest 3PL segments are on pace to reach $199.7 billion, according to Evan Armstrong, president of Armstrong & Associates. The higher rates in the domestic truckload sector are the “main story,” driven by strong market demand and further tightening of capacity resulting from the electronic logging device (ELD) mandate, said Mark D’Amico, senior analyst at SJ Consulting. Most publicly traded carriers have recorded revenue per mile is up at least 10 percent.

Spot rates have risen 30 percent or more year over year during the last couple of months, he said, forecasting continued strong rates for the rest of this year.

In a further reflection of improved pricing, U.S. Xpress Enterprises, a midsize trucking company in the eastern United States, filed on May 1 with the Securities and Exchange Commission to raise up to $100 million in an initial public offering.

Other trends impacting the 3PL industry include the continued strong growth in e-commerce and, for global shippers, growing interest in trade compliance services designed to help exporters and importers deal with the uncertainties created by emerging international trade disputes between the United States and its major trading partners.

With respect to e-commerce, a new report by Armstrong & Associates estimates that e-commerce logistics costs in the United States reached $117.2 billion in 2017 — representing 6.9 percent of total US logistics costs, up from 5.2 percent in 2016. By the end of 2017, e-commerce constituted 9.1 percent of all retail sales, worth $452 billion, as that category is defined by the US Department of Commerce.

For 2018 and beyond, there are no signs that such growth is about to abate. The e-commerce retail sales growth has been strong and consistent, with a 14.7 percent compound annual growth rate (CAGR) over the past five years, the report said. Through 2022, it anticipates growth at roughly the same pace, a slightly lower CAGR of 14.4 percent.

For 3PLs, the e-commerce sector’s rapid growth rate means that “business is growing rapidly for established players, and attracting new entrants,” Armstrong said. “A lot of the growth [for 3PLs] is being driven by e-commerce activity.”

Among e-retailers, Amazon’s estimated market share of 43 percent to 44 percent puts it “far ahead of the opposition,” according to a new report on e-commerce logistics by Armstrong & Associates. As Amazon raises customer expectations for speed and reliability, 3PLs must continue to raise their bar of service, he added.

On the international transportation side, some 3PLs are benefitting from the current uncertainty resulting from changes in US trade policy, and the prospect of possible trade wars between the United States and its trading partners.

“Shippers and manufacturers are trying to figure out what the tariff application is going to be; where it is going to be applied and how to minimize the tariffs and duties on goods being imported … The uncertainty drives business to the freight forwarders with [their own] strong compliance departments,” Armstrong said.

One 3PL that has been doing particularly well is C.H. Robinson, the largest US freight broker, Armstrong noted. In the first three months of 2018, total revenue from its North American surface transportation segment grew 17.9 percent to $2.66 billion, “driven by increasing pricing,” the company noted. Over those three months, C.H. Robinson’s total revenue (from all segments) increased 14.9 percent year over year to $3.9 billion, driven primarily by revenue growth in truckload, less-than-truckload (LTL), air, ocean, and customs services. Its revenue from truckload grew 10.1 percent, and from LTL, 14.8 percent. To handle volume increases in LTL and intermodal, C.H. Robinson has added 4,200 new carriers.

Matt Castle, vice president of global forwarding at C.H. Robinson, said acquisitions have also played a role in the company’s revenue growth. Its 2012 acquisition of Phoenix International has enabled C.H. Robinson to expand its market share among smaller and midsize companies, and penetrate Phoenix’s traditional customer base, which was “much more rooted in consolidation-based business,” he said.

Meanwhile, its acquisition of Australia-based Milgram in late 2017 provided C.H. Robinson with a larger platform to increase its international scale and volume. The combined scale derived from that merger, both from a full-containerload standpoint on the ocean side and the integration of LTL programs, has already been a major factor in the improvement of C.H. Robinson’s results, Castle said.

Combined, those acquisitions have enabled C.H. Robinson to cross-sell more effectively its international transportation management capabilities with its domestic transportation management services. “They can bring the ocean container over from China, and then they can get it delivered in Cincinnati, Ohio,” Armstrong said. Robinson has gained market share and volumes because its domestic US customers with global needs can meet them without dealing with any other 3PLs.

While the ELD mandate has brought “a certain amount of rigidity” to the truckload market, Castle said, ELD has created an environment in which data are now “much more accurate.” Although that has resulted in capacity shortages in several markets, the results have been less painful for C.H. Robinson, a non-asset-based 3PL, Castle explained.

“Part of our whole model is how we can best bring together supply and demand” by harnessing the power of big data and analytics, he said. “We’re not restricted by owning a set of assets that we’re trying to figure out how to manage and control. While it has been challenging to manage through some of the imbalances, we are well positioned to be able to support our customers in that space.”

Like other major 3PLs, C.H. Robinson’s strategic approach has changed in recent years, Castle noted, because technology has evolved to the point where it can offer greater visibility into shipper supply chains, so that shippers can take a more strategic approach to meeting their longer-term needs. Years ago, Castle noted, customers came to 3PLs such as C.H. Robinson looking for “something very specific,” such as meeting their needs for ocean shipping from Hong Kong to Los Angeles. “There wasn’t much conversation beyond fulfilling that sort of need.”

In that environment, which was “more commoditized” than that of today, 3PLs had few opportunities to distinguish themselves from one another, apart from offering lower pricing, Castle said. For a large 3PL like C.H. Robinson, which has always been “mode-agnostic,” with no asset base of its own “to defend,” the current focus is on figuring out what supply chain strategies each shipper should consider to enhance its flexibility and reduce its overall logistics spending, rather than tactically reduce its costs.

The dynamics of how customers approach their supply chains today are much more complex than they were 20 years ago, Castle said. The value-proposition of leading 3PLs is, thus, much more ambitious. “Technology now allows shippers to tackle that complexity by generating a lot of usable data and analytics that put all the different pieces together” in one strategic view that is “very dynamic.”

Another 3PL with especially strong results is Total Quality Logistics (TQL). In 2017, TQL recorded growth of 26 percent in its gross revenue, registering $2.93 billion, compared with $2.32 billion in 2016, the company announced. All of that growth was organic, said Kerry Byrne, president of TQL, who credited its unusual business mode for much of its success. TQL has a relatively flat organizational structure, he said, noting that its C-suite of senior executives accounts for less than one-half of 1 percent of the company’s personnel.

Each TQL shipper (customer) relies on just one dedicated logistics account executive to meet all of its business needs from TQL, from initially booking a load to finding out about the current status of its invoices. To do that, TQL has been spending heavily on developing advanced technologies that match those of its competitors, Byrne said. TQL has integrated GPS location tracking with its load management software, so that its account managers access data on exactly where its carriers are in transit, in order to “identify problems and secure solutions right away” that fit the needs of each shipper.

TQL has developed TQL TRAX, a proprietary web portal and mobile app that is integrated with its internal load-management software in real time. “The environment in 2017 was obviously volatile with capacity becoming very tight throughout the year,” Byrne said. “But we now have the scale that enabled us to leverage our investments in people and technology,” so that TQL could raise its revenue by $613 million (26 percent) in a single year.

Other outstanding performers in 2017-2018 include Arrive Logistics and Expeditors International. Founded in 2014, Arrive Logistics’ staff has grown in that short span from one, 10-person team to more than 400 employees in Austin and Chicago. Last year, Arrive recorded $145 million in sales, and it’s on track to reach more than $320 million by the end of 2018, according to the privately owned company.

Meanwhile, in the first quarter of 2018, Expeditors’ gross revenue increased 20 percent to $1.9 billion, and its net revenue grew 21 percent to $636 million. Both its air freight tonnage and ocean container volume increased 5 percent, Expeditors reported, even as rates increased.