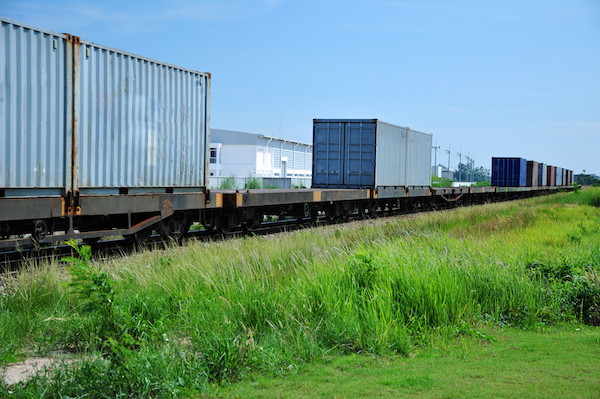 As a result, the world’s most efficient farmers, ranchers and chemical producers face the prospect of eroding market share because of inefficiencies in the U.S. transportation supply chain.

Michael Symonanis, regional director at Louis Dreyfus Allenberg Cotton, said the problem boils down to velocity in the international supply chain. “We must get rid of any challenge that affects velocity,” Symonanis told the annual Agriculture Transportation Coalition conference Thursday in San Francisco.

Vessel capacity is projected to exceed demand in the westbound trans-Pacific, the largest U.S. export trade lane, into 2016, said Brian Conrad, executive administrative administrator of the Transpacific Stabilization Agreement. That means freight rates on U.S. exports to Asia will remain quite low for at least the next two years, he said.

Exporters of low-rated commodities concede this condition is a double-edged sword. They save money on the base freight rate, but end up losing much of the savings because carrier services are deteriorating.

“Because shipping has become commoditized, they have no incentive to change,” said Beverly Altimore, executive director of the U.S. Shippers Association, whose members are shippers of agricultural chemicals.

Sloppy processing of shipping documentation has been a pet peeve of exporters for years, and Symonanis said the situation is not improving. Returning documents to carriers for corrections adds to administrative costs and contributes to slowing down cargo velocity in the supply chain.

“We want to touch these documents only once. We want a clean release,” Symonanis said.

Delivery of products to destinations in Asia and elsewhere is delayed further because carriers are slowing vessel speeds to reduce fuel consumption. That situation is not going to change for the foreseeable future.

Bunker fuel now costs $600 per metric ton, or six times the cost of fuel in 2000, said Todd Rives, senior vice president and chief operating officer of CMA CGM. Fuel accounts for 68 percent of the entire cost of the voyage, he said. Slow-steaming and extra-slow-steaming significantly reduce fuel consumption. Some carriers attempt to save even more money by stopping in Russia on the way back to Asia to refuel in order to capture another 10 percent savings in fuel costs, Rives said.

Exporters of identity-preserved grains and other specialty agricultural products grown in the upper Midwest face a double whammy of high repositioning costs for empty containers and ocean freight rates from the Pacific Northwest that are uncompetitive, said Bruce Abbe, president of the Midwest Shippers Association. The association represents exporters in the Dakotas, Minnesota, Wisconsin and Iowa.

Exporters in the upper Midwest must secure empty marine containers from population centers such as Minneapolis and Chicago, but the cost of repositioning the empties is high. Identity-preserved grains must be source-loaded where they are grown.

Also, intermodal rail service from the upper Midwest dictates that shipments are routed through Seattle or Tacoma, where freight rates are higher than through the higher-volume intermodal routes through Los Angeles-Long Beach.

As a result, the cost of shipping from the upper Midwest can be $220 to $1,000 more per 40-foot container to the same destinations in Asia than if the shipments originated in the Chicago area and exited through Los Angeles-Long Beach, Abbe said.

Shippers seem to want their

Permalink Submitted by jtreurniet@tecl... on Jun 27, 2014 1:02PM EDT
Shippers seem to want their cake and eat it too! They drain the blood out of freight forwarding profits, expect carriers to make up for their imperfections, their logistics departments are treated like kings and queens and get many free lunches and other gratis events, information submitted to carriers and forwarders is not always correct or complete, etc., etc… Your magazine used to be more innovative and friendly towards carriers and forwarders, but these days your main concern are the shippers and suppliers. Shippers and their accounting departments rely on the shipping industry to lower their costs and up their profits!
International Logistics
Rail & Intermodal›Rail Equipment›Rail Logistics
Regulation & Policy›Import and Export Regulations›US Import/Export Regulations
North America›United States