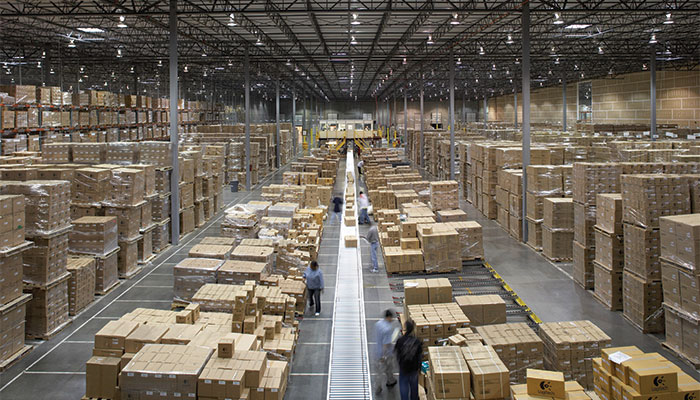 EDITOR'S NOTE: The JOC Top 50 Global Logistics Providers, published on JOC.com on April 13 and in the April 16 Journal of Commerce magazine, misstated the annual revenues for Nippon Express. The Japan-based 3PL had non-asset-based logistics revenue, the basis for the rankings, of $14.3 billion in fiscal 2017, up from $13.4 billion a year earlier, making the company the fourth-largest global 3PL in 2017.

Reflecting the strong turnaround of the global economy, the combined revenue of the world’s 50 largest logistics companies increased 10.3 percent to $253 billion in 2017, according to Pittsburgh-based research and consulting firm SJ Consulting Group. It totaled $229.5 billion in 2016.

“There was a huge rebound from 2016,” said Mark D’Amico, senior analyst at SJ Consulting. “Coming out of a mini-recession, the growth is going to look very high” by comparison. DHL, Kuehne & Nagel (K+N), DB Schenker, C.H. Robinson, DSV, and XPO Logistics maintained their positions in the Top 5, a repeat of their rankings in 2016. Despite the size of the Chinese market, only one China-headquartered third-party logistics provider (3PL) made the list — Sinotrans, whose revenue increased 26.9 percent last year.

Bolstered by higher freight rates and growing business volumes, several companies enjoyed especially strong increases in revenue — including those 3PLs whose revenue jumped entirely as a result of their organic expansion, and those whose strong numbers reflected, at least partially, the substantial pickup in mergers and acquisition activity that usually follows on the heels of economic recovery — as D’Amico noted.

In 2017, fluctuations in foreign exchange rates had little impact on the numbers or company rankings. In Europe, where five of the Top 10 companies on the list are headquartered, the euro and the Danish kroner were up about 2 percent versus the US dollar, and the Swiss franc was flat.

Oddly enough, after several successive years in which XPO Logistics’ growth was fueled by numerous corporate acquisitions, its revenue grew 10 percent in 2017 entirely as a result of its acquisitions of previous years. However, D’Amico said he expects XPO to make at least one new acquisition in 2018, based on recent comments by XPO’s senior leadership. With its acquisition of Norbert Dentressangle a few years ago, XPO already has a strong presence in Europe, he said.

Meanwhile, DB Schenker chief executive Jochen Thewes said in 2017 that his company could become a bigger player in the US freight market by making an acquisition. DB Schenker, a unit of the Germany’s Deutsche Bahn AG rail network, does the bulk of its business arranging freight transportation in Europe and Asia, but it is relatively weak in the US domestic market.

With so many large players having been acquired in recent years, last year’s acquisitions were mostly in specific niches or regional markets. K+N expanded its cold chain logistics capabilities with the acquisition of Commodity Forwarders, an air freight forwarder of perishables products in the United States. K+N also acquired Farma, a leading Turkish provider of pharmaceutical logistics, and Ferlito Pharma Logistics, a leading Italian provider of warehousing and forwarding services.

In some cases, strong revenue growth rates did reflect the impact of mergers made at least partially during 2017. For example, C.H. Robinson, whose revenue grew 15.4 percent, acquired Milgram in August 2017, even as it was still digesting its acquisition of APC Logistics a year earlier. UPS Supply Chain Solutions’ 17.5 percent growth figure for 2017 reflected, in part, the impact of its acquisition of Marken in December 2016. Another niche specialist, Marken specializes in “high-touch, personalized logistics” for clinical trial materials and sensitive drug shipments worldwide.

US-based Hub Group’s 12.6 percent growth during 2017 reflected the impact of its May 2017 acquisition of Estenson Logistics. Transplace, another US company, saw revenue growth of 34. 6 percent in 2017 on the heels of its acquisition of Lakeside Logistics in November 2016.

Based in South Korea, CJ Korea Logistics expanded its revenue 41.3 percent from 2016, having acquired five companies during that period, including Dubai-based Ibrakom FZCO and India-based Darcl Logistics, whose nearly 200 locations include 20 transhipment hubs in major Indian port cities and industrial towns.

D’Amico said the market is still fragmented, yet it is hard for any one player to acquire any pricing power. A good example is the US parcel market, where there are really only three big players — UPS, FedEx, and the US Postal Service — and “you don’t really see any rate gauging in that industry.”

Platforms in focus at 3PLs

Looking to the future, major 3PLs are continuing to make significant investments in upgrading their technological platforms so they can match the needs of shippers with the capabilities of carriers, D’Amico noted. The major motivations for the adoption of new technologies continue to be the need to increase efficiency and lower costs, despite the growing demands of customers for higher levels of customer service. For those reasons, major 3PLs continue to make costly upgrades in their technology platforms.

In March, XPO Logistics announced that it will be expanding its Drive XPO mobile technology to Europe this spring, following its launch last year in North America. The app, which is designed for carriers, “supports real-time visibility across transportation modes, and integrated carrier operations with daily productivity tools in one technology.”

In the United States, J.B. Hunt Transport Services announced it will spend $500 million over the next five years to enhance its operating systems, develop cloud infrastructure, and create what the company said would be “innovative and disruptive technologies” for use in its supply chain.

To achieve that, J.B. Hunt has doubled its engineering and technology staff to 1,000. The announcement was made at the company’s annual shareholders meeting in April, where it also unveiled Marketplace, which connects shippers and carriers using data to match freight with capacity, on J.B. Hunt 360 — the company’s real-time e-commerce platform. DHL, ranked highest on the Top 50 list of 3PLs, recently unveiled a digital freight platform, known as CILLOX, which links shippers and carriers within Germany and Europe. CILLOX offers shippers a digital transporter search and quote service, online contracting and secure payment, and real-time alerts for shipments.

Amadou Diallo, who heads DHL operations in the Middle East and Africa, described the move as an attempt to “accelerate the digitization” of the logistics industry, and to “shake up the freight forwarding business,” as digital transformation benefits all partners involved in the supply chain. This online marketplace digitally matches truckload and less-than-truckload with available transportation providers. Shippers get immediate access to pricing information based on their shipment characteristics, availability of trucks, and last-booked rates, enabling improved comparison and booking of incoming quotes from transport providers.

DB Schenker announced in 2017 that it has taken a $25 million stake in online freight booking platform uShip, thus deepening the ties between one of the world’s oldest logistics providers and the upstart Austin, Texas-based technology provider. Speaking at the 18th Annual TPM Conference in March in a keynote speech, Thewes said technology is changing the game completely and described an environment in which the traditional business model of forwarders is under threat.

D’Amico said that although the industry expects 2018 to be another strong year, there are widespread concerns about “the potential for a trade war” involving the United States and its major trading partners, including China, and frictions between the United States and its North American Free Trade Agreement partners, Mexico and Canada. However, D’Amico noted, “Barring any issues there, I think we’ll have a strong year again in 2018.”