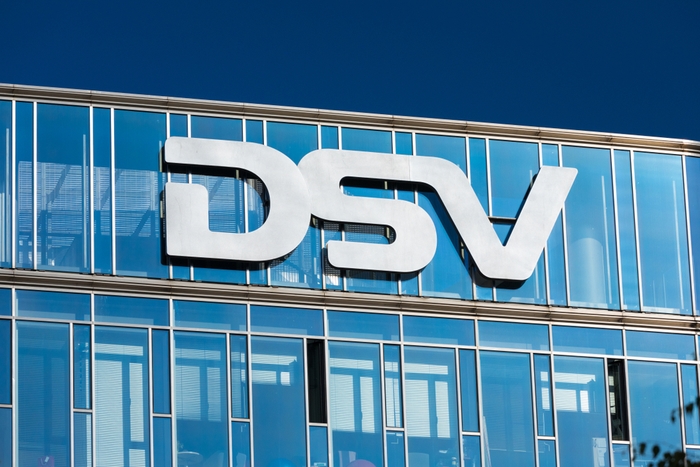 DSV Panalpina begins its year of integration in good financial shape, and has already moved 60 percent of Panalpina

The scale generated by DSV’s takeover of Panalpina in August is already attracting attention from larger customers interested in using the combined entity’s greatly expanded global footprint, according to CEO Jens Bjorn Andersen.

The Denmark-headquartered forwarder said Friday its 2019 financial results were significantly boosted by the acquisition of Panalpina last August, with most of the growth in revenue and volume coming in the air and ocean segment.

DSV Panalpina reported 8.4 percent organic growth in its 2019 earnings before interest and taxes (EBIT) of $976 million that was achieved on annual revenue of $13.9 billion, a year-over-year increase of almost 20 percent. The growth in revenue included Panalpina’s estimated contribution to air and ocean since August of about $2 billion.

DSV’s all-share acquisition of Panalpina, which valued Panalpina at $5.2 billion and took it to the world’s third-largest forwarder in both air and ocean based on revenue, greatly expanded the company’s global footprint.

While the group acknowledged there was a risk of losing 5 percent of Panalpina’s prior business, Andersen said in an earnings call that from past experience with big acquisitions — DSV took over UTi in 2016 — that sort of loss was to be expected.

“We have hundreds of thousands of customers and we may lose some, but we may also win some,” he said. “What we can clearly see is that we have moved up in the forwarder rankings, and there is increased interest from larger customers as a result. We are some customers’ largest air freight provider, and we would be doing a terrible job if we could not use that to our advantage.”

Andersen said there had been no “material losses” of Panalpina business to date, and there was no regret about the customers that had gone. “Panalpina was not in a position to turn that business into profit, so we are not too worried about losing it,” he said. “We expect the market to improve.”

“This is the first year where the integration really happens,” Andersen added. “It is a similar pattern to our previous acquisitions. Some customers are a little reluctant and have a wait-and-see approach before allocating new business, so we will see lower organic growth and a lesser ability to take market share while the integration is at its hottest.”

Air and sea logistics revenue comprises 46 percent of the group total, and in 2019, the company reported 5.9 percent growth in gross profit in that area, and 12.1 percent growth in EBIT to $660 million. Panalpina contributed about $34 million to that segment since August, according to the company’s financial statements.

The group was not immune to air freight markets in 2019 that were hurt by the slowing automobile sector, a major user of air freight, with exports from China and Germany particularly weak. Although the addition of Panalpina pushed up the overall group volume by 55 percent year over year to just over 1 million tonnes, legacy DSV air volume fell 2 percent.

Global air freight demand last year fell 3.3 percent compared with 2018, while capacity grew 2.1 percent, IATA data shows. It was the first year of declining freight volumes since 2012, and the weakest performance since the global financial crisis in 2009 when air freight markets contracted 9.7 percent.

Sea freight was where the real gains were made, the annual report figures show. Against a global ocean market that is estimated to have grown between 1 and 2 percent, legacy DSV reported 6 percent growth in volume during 2019. Panalpina’s contribution helped the total group volume surge 32 percent year over year to 1.9 million TEU.

The cost of integrating Panalpina after the acquisition was $117 million. And although this year’s integration costs will be almost double that amount, DSV Panalpina is targeting 2020 revenue of between $1.2 billion to $1.7 billion. If achieved, that would represent an increase of about 30 percent on the revenue DSV made in 2018 before the acquisition.

Asked whether the $500 million range between the low- and high-revenue target for 2020 was to cover the impact of the coronavirus on business, DSV Panalpina CFO Jens Lund said the guidance covers all disruptions, including Brexit and the ongoing United States-China trade war.

The company also pointed out the steadily improving cost synergies that DSV Panalpina expects to generate $340 million in savings once Panalpina is fully integrated. About 5 percent of the synergies were achieved in 2019, 60 percent are expected to have an impact in 2020, and the remaining 35 percent in 2021, the company said.

DSV Panalpina did not rule out further acquisitions, noting that its main targets were large, global freight forwarders, “preferably with high exposure to the air and sea market,” but road and contract logistics players could also be in the mix.

However, when asked by an analyst whether XPO Logistics’ Europe business was on his target list — the company in January announced it would be spinning off some of its business units — Andersen said integrating Panalpina was the company’s top priority.

“We are aware that XPO has initiated some sort of process, but we have our attention firmly focused on the integration of Panalpina,” he said. “We don’t have either the appetite or the energy to look at further acquisitions at this moment.”