Rising US auto sales set to drive freight demand in 2016

Rising US auto sales set to drive freight demand in 2016 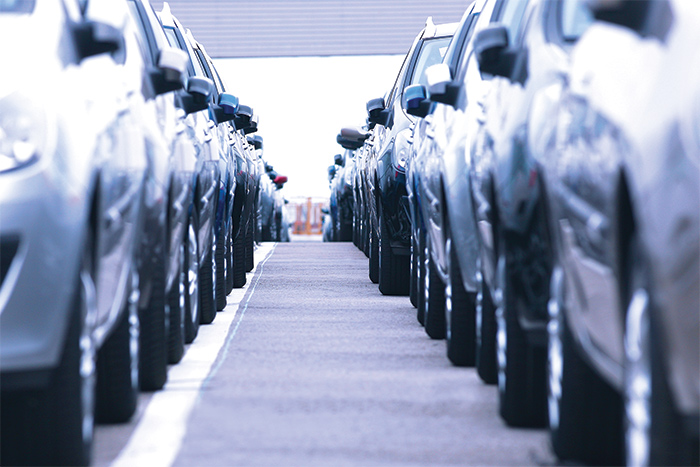 The six-year surge in automobile sales and automotive freight demand hasn’t run out of gas.

“This would mark the seventh straight year of increasing U.S. new-vehicle sales,” Steven Szakaly said. NADA increased its 2015 sales forecast of new cars and light trucks to 17.3 million, and nearly 17.8 million when medium- and heavy-duty trucks are included.

Increased automotive demand should fuel imports and domestic manufacturing and benefit transport and logistics operators throughout the automotive supply chain.

U.S. auto imports hit a $171.5 billion high in the first half of 2015, according to U.S. Census Bureau data. Containerized imports of auto parts at U.S. ports rose 1.5 percent in the first half and were up 1 percent year-over-year through September, according to PIERS, a sister product of JOC.com within IHS. IHS Automotive expects the global population of light cars and trucks to increase 27 percent within seven years. That means higher auto transport and freight demand.

Mexico is claiming a larger share of U.S. automotive imports, as major international manufacturers base plants in Mexico to serve the U.S. market and Latin America. “As measured by dollar value, Mexico is the largest supplier for U.S. auto parts imports, accounting for 33.8 percent of the market in the first half of 2015, up from 31.5 percent in the first half of 2014,” Mario O. Moreno, senior economist for the JOC, said in the September JOC Insights newsletter.

“At this point, the auto industry remains healthy and continues to grow on improving conditions for households,” Szakaly said. “The formation of new households is rising, which is resulting in increasing auto sales and strengthening the overall economic recovery. There is nothing better for the housing market and car sales than people getting married and having children.”

However, Next year could be the peak year for U.S. auto sales in this recovery cycle, NADA’s Szakaly said. “In the long run, new-vehicle sales cannot be sustained above 17 million units because of rising interest rates, increasing regulatory compliance costs and wage and income pressure,” he said. “While we expect 2016 to be an excellent sales year, we forecast new-vehicle sales falling to 17.2 million units in 2017.”

That’s still a high number of sales, indicating their may be a few years of mileage left in the economic recovery.

Thanks for the article! http:

Permalink Submitted by contact@commerc... on Dec 9, 2015 1:43PM EST
Thanks for the article! http://cftruckingslutions.s3-website-us-east-1.amazonaws.com

‘Chaotic market’ could continue for another 12 months: K+N