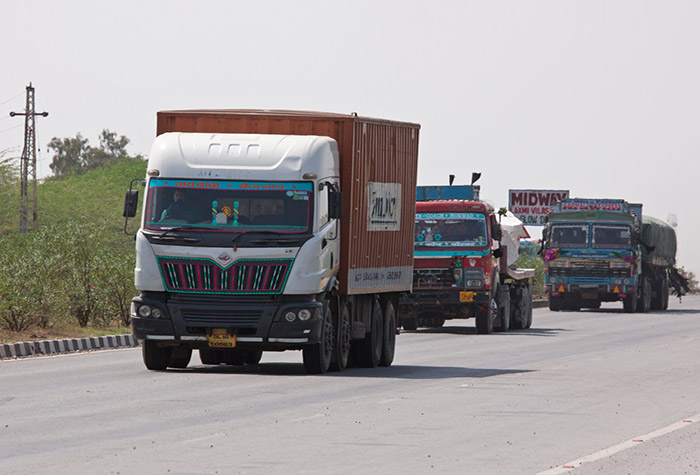 TAIPEI — Freight forwarders from Pakistan and India are pushing for the expansion of trade corridors through Iran and Afghanistan as the South Asia regional powers capitalise on the momentum generated by China’s One Belt, One Road strategy.

Pakistan already in April signed a $46 billion deal with China for a network of road, rail and pipelines along the China Pakistan Economic Corridor that will connect Xinjiang to Pakistani ports, an extension of the inland Silk Road part of Beijing’s expanding trade network.

Babar Badat of the Pakistan Freight Forwarders’ Association said Karachi was connected to the markets of Western China, but there needed to be far more regional assimilation. “For most countries in the European Union and ASEAN, regional trade consists of 45-55 percent of GDP, but because of the lack of connectivity in our region, Pakistan is at 4 or 5 percent of GDP,” he told delegates at FIATA's annual congress in Taipei.

“The potential to connect in the region is huge and that is what a lot of our governments are doing and the logistics industry is trying to play its role.”

The China-Pakistan Economic Corridor will have three routes. The western route will rely on transit traffic from the port of Gwadar to Karachi and inland, the central route will run north from Karachi and meet up with the current route in the centre of the country.

However, Pakistan faces a hurdle in its efforts to connect the Indian Ocean ports to CIS, Russian and Northern Europe markets — Afghanistan. Badat said the country is a key section of the trade corridor with two border crossings from Pakistan through which hundreds of trucks made daily crossings. The corridor is expected to be fully functional in three years and Badat called it a game changer for the region.

India’s freight forwarding community is working on its own “game changer.” Amit Kamat of the Freight Forwarders Association of India, said the trade route he was working on began in the Iranian port of Bandar Abbas.

“That trade route has existed for a long time. We were asked by the Indian government to do a study and identify the bottlenecks along the route from Bandar Abbas to St. Petersburg in Russia,” Kamat told delegates.

“After sending pilot shipments of containers through this route we found the transit to be 40 percent shorter and 30 percent cheaper than the route via the Suez Canal and through the Baltic ports.”

Kamat said the governments of India, Iran and Russia were very interested in expanding the trade corridor and were holding talks to facilitate the trade.

A forwarder asked whether the sanctions would prohibit the payment of goods in US dollars — he said payments were currently made in Dubai — and Kamat said the United Nations sanctions would soon be lifted and that would remove any issues involving outward remittances.

There were few borders along this route, but for shipments through Iran to work, Kamat said the country needed to improve its rail connections between the port of Bandar Abbas and not depend so heavily on Kazakhstan and Russian rolling stock.

Following the presentation, a forwarder from Bangladesh said his government was also looking into its own trade corridor and had a pilot project planned for January 2016. This prompted the question of whether the trade corridors in the region were competing with each other rather than facilitating the flow of goods.

Badat conceded that every country had to do what was in its best interests. “What we have done and what India has done is to work our way through to Central Asia that is landlocked. Yes, there are different corridors, but with regional trade making such a small contribution to the economies of countries in South Asia, the potential for growth is high.

He insisted Pakistan remained the most viable option and the shortest route, and said the only big question mark was Afghanistan. The main route through the war-torn country is a 270-mile stretch of road that has little security for truckers of freight.

“If we can tame the 270-mile route from Turkham (Pakistan) to Termez (Uzbekistan), that will be very good,” he said.