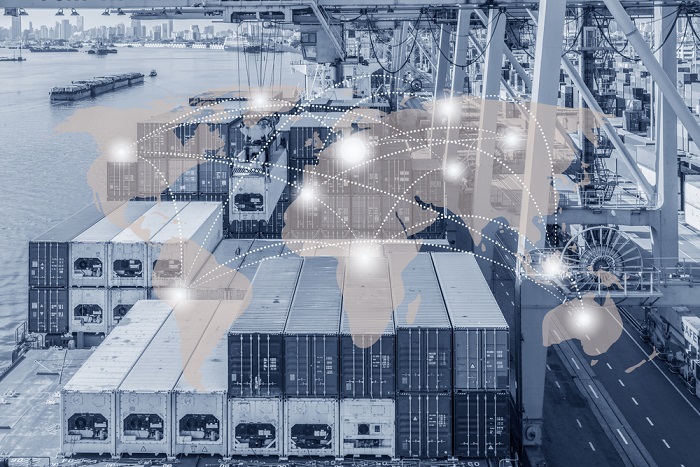 The consolidation moves among large forwarders have drawn a mixed response from both smaller forwarders and their digital counterparts, while eliciting shrugs from shippers. Photo credit: Shutterstock.com.

Seeing the limits of digitalization without more volume scale, forwarders are building war chests for acquisitions, spurring a range of shrugs, competitive fears, and the prospect of improved service levels for shippers.

The latest shot in the drive for size was fired by Denmark’s DSV, which this week made an unsolicited $4 billion takeover offer for Swiss logistics giant Panalpina, a deal that the board of directors is currently reviewing. Top 10 forwarder US-based XPO Logistics has amassed an $8 billion war chest that it plans to spend on acquisitions. Kuehne + Nagel, one of the world’s largest forwarders, is believed to also have its eyes on Panalpina, but it remains to be seen whether it will counter DSV’s offer.

These consolidation moves among large forwarders have drawn a mixed response from both smaller forwarders and their digital counterparts, while eliciting shrugs from shippers.

“Given the vast diversity of the forwarder market both regionally and more trade specific, we do not see any particular downsides or upsides, for that matter,” the supply chain director for a Europe based apparel company told JOC.com.

“Presently we utilize both the large global players but also some very small partners with a strong local experience that we have not been able to cover by using the majors.”

“DSV must acquire to keep growing at their scale, and it is not surprising as their takeover of UTi [in 2015] seemed like a major success on the major key performance indicators of cost savings and maintaining the acquired companies’ books of business,” he said.

Parker said larger forwarders increasing scale by acquisition made a lot of sense, given that the transactional ocean freight business of moving cargo from point to point and existing on arbitrage “[is] totally numbered.”

“Carriers for sure are thinking about how they can capture this transactional business with online client-facing execution platforms, and it is now a given and well proven fact that this can be managed in a digital first way and augmented by humans if and where needed.”

The reaction to forwarder consolidation from a US-based executive for a global logistics provider (who did not wish to comment on the record) was simple — this was the beginning of the end for the traditional forwarder.

“The forwarder as you know it today will become obsolete and be replaced by technology in the form of firstly, ‘marketplaces for freight’, i.e., Expedia or Kayak for freight, which will directly connect the shippers to the carrier, and secondly, the carriers themselves providing the electronic capabilities to shippers to make it much more easy to work with them directly,” he told JOC.com.

Parker agreed that technology would play a crucial role in the forwarding industry’s future. “Our view is that forwarders will survive — well a good portion, anyway — but these are the ones that are moving to go digital now and realize that technology will in fact empower a whole new genre of revenue streams,” he said.

“For example, instead of ocean freight rate arbitrage, they can [communicate with] JP Morgan for a trade finance product, or with AXA for a marine insurance add on. Overnight the technology creates all these new revenue streams for every client they already have, while future proofing their business.”

Forwarders — trying to reinvent themselves

The US logistics provider said container transport was being completely shaken up. “[There are] mega-mergers on the one hand, carriers diving into the forwarders’ space, specialization in niche segments of smaller providers, and forwarders trying to reinvent themselves outside the box of a traditional forwarder or warehouse provider,” he said.

This was having the effect of evening out the cost variance between larger players and smaller forwarders.

“The rate levels are becoming more and more transparent, and generally level across carriers. Advantages to the very big players are mostly being passed through annual VIDs — volume discounts being credited at the end of the year — versus actual container rate differences,” he said.

In a LinkedIn comment, Freightos noted the competitive advantage for forwarders remained the provision of a more integrated solution that extended across the entire value chain, including areas such as reverse logistics and warehousing, as well as the ability to find more flexible transportation solutions.

But even as larger forwarders invest in new online solutions and acquire their rivals, and digital forwarders target specific market sectors, for shippers it all comes down to improved service levels and greater visibility of shipments. This remains elusive, said the apparel company’s supply chain director.

“Our conversations with digital forwarders from an apparel trade perspective have lead to the conclusion they are not yet ready for both complex flows, and also not yet ready with global coverage,” he said.

It's technology skills vs