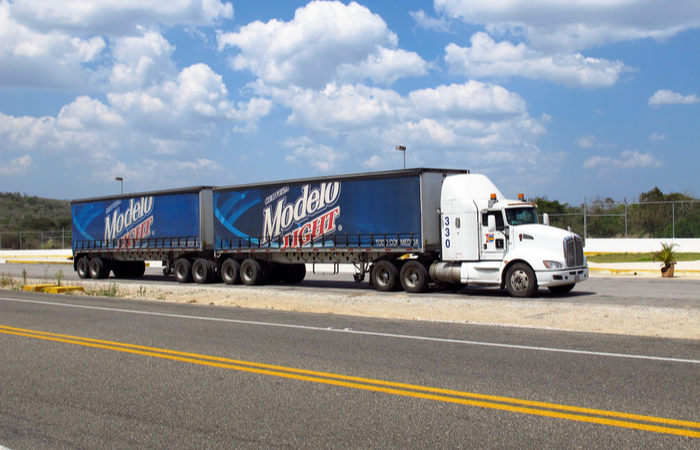 Diminished demand for trucking services in Mexico has made it advantageous for shippers to negotiate hard for lower rates. Photo credit: Shutterstock.com.

A year after tight truck capacity brought near double-digit hikes in contract rates, Mexican truckers are now facing a far tougher market, with little rate growth — or even declines — according to several stakeholders.

Shippers are finding it much easier to secure trucking services, and are negotiating hard to bring rates down, according to truckers who don’t expect those realities to change much in early 2020.

Diego Anchustegui, commercial director for Transportes EASO, a Mexican trucking company, said he expects contract rates to continue rising by only about 1 to 2 percent in the new year, down from the 8 to 9 percent increases of a year ago. Current spot rates are flat, compared with rates growing by “big increments” a year ago, Anchustegui said.

Fernando Bernal, commercial director for Grupo Transportes Monterrey, one of the largest Mexican trucking companies, with 2,325 trucks, said contract rates have decreased 3 to 5 percent in the last five months from where they were a year ago, while spot rates have fallen 7 to 12 percent.

Minimal rate growth is one of several issues Mexican truckers expect to face in the coming year, along with the shortage of equipment due to the far larger volume of exports to the United States than goods moving to Mexico, the ongoing lack of security and the difficulty in finding rest areas in order to comply with Mexico’s new hours of service regulations.

Mexican truck rates rose in 2018 and early 2019 — with some users reporting increases of 10 percent in April. Rates were up in part because of the introduction of new regulations in August 2018 that limited the time truck drivers could spend behind the wheel. That exacerbated a driver shortage that was already in place due to a government rule requiring all double tractor trailers to be certified, which took some trailers off the road while operators filed the appropriate paperwork.

In recent months, the growing weakness of the Mexican economy has lessened demand for freight movement, truckers say. Mexican gross domestic product (GDP) grew by just 0.14 percent in 2019, according to IHS Markit, parent company of JOC.com, which predicts the country’s economy will be only slightly stronger in 2020, with a GDP growth rate of 0.97 percent. The 2019 peak season was also far more muted than a year earlier.

Production in the auto sector has slowed, likely reducing demand for logistics services to move parts and vehicles, while cargo volumes moving through Mexican ports have declined. Port volumes fell about 1 percent to 4.56 million TEU in the first 11 months of 2019 compared with the year before, according to the Mexican Secretariat of Communications and Transport (SCT). That was a big drop from the 8.4 percent increase in port cargo volumes in the same period in 2018.

The regional manager for a global third-party logistics provider (3PL), who asked not to be identified, said Mexican contract rates have declined in the last year, perhaps by a near double-digit percentage, while spot rates have remained flat or declined slightly.

“Contract rates definitely have been an opportunity to take on more volume and negotiate better rates,” the regional manager said. “My customers are driving down their rates to me. And I'm able to pass that on [to truckers]. I'm able to negotiate, and I'm able to get the capacity that I need.”

The source believes one reason for the rate declines is that Mexican trucking companies invested in trucks and drivers over the last year or so when capacity was tight, believing strong demand for transportation services would continue. That has created spare capacity that truckers want to use but are forced to drop their rates to attract enough business to do so, he said.

Anchustegui said Mexico’s slowing economy and political uncertainty have weakened demand. According to IHS Markit, a year after President Andrés Manuel López Obrador  took office, his policies — including signals that he favors a centralized economy — have held back the economy and reduced investment. Faced with the loose capacity, some shippers have started to put their cargo out for bid, rather than just taking what transportation they could get when the market was tight, Anchustegui said.

Bernal said the uncertainty is prompting shippers to hold inventories steady, rather than increasing levels. And some are using their strengthened hand to demand a more favorable payment schedule, pushing to pay trucking bills in 60 or 90 days instead of the usual 30 days, he said.

One problem continuing to hamper the Mexican trucking sector is equipment shortages for cross-border moves due to the paucity of imports from the United States compared with the much larger volume of cargo moving in the other direction, said Bernardo Rodarte, vice president and general manager for trucking and intermodal provider Schneider National in Mexico.

Data compiled by the Mexican National Institute of Statistics and Geography shows the gap between the dollar value of imports going south across the US-Mexico border and value of exports across the border into the US widened significantly in 2019, Rodarte said. The institute’s data for the New Laredo and Columbia crossing points, for example, shows there were $7.73 billion more in exports than imports through the two locations in the third quarter of 2019, up from $7.27 billion in the same quarter a year earlier.

Rodarte said logistics suppliers and trucking companies watch that spread closely, because the wider it gets, the more difficult it becomes to find chassis and containers for Mexican export loads. That’s prompted Schneider to recommend shippers send cargo by rail more often, he said.

Security also continues to be a major problem in Mexico, with cargo thefts increasing 1 percent to 4,121 incidents in the third quarter of 2019, according to SensiGuard. “There has to be an end to this issue,” said Anchustegui, who called it the biggest problem in the country facing truckers. “It is no longer viable to have trucks hijacked or drivers being robbed.”