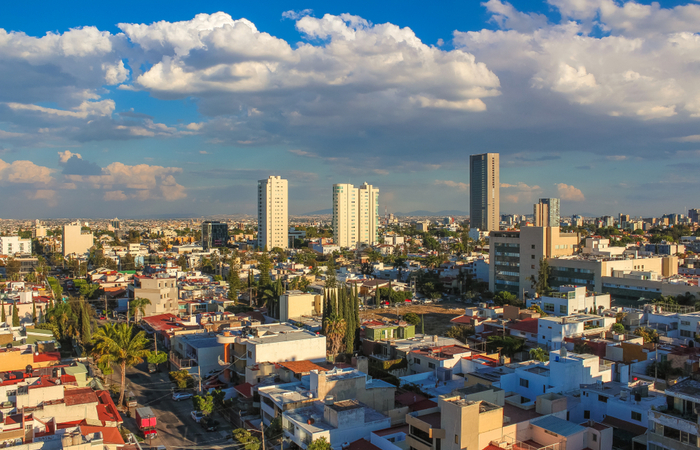 Truckers won't have to buy a permit to deliver goods in Guadalajara, Mexico, after a change in the law by the Governor of Jalisco. Photo credit: Shutterstock.com.

The Mexican state of Jalisco will no longer require truck operators to buy an annual permit to enter the city of Guadalajara, one of several contentious local laws that truckers say boost cargo delivery costs.

Jalisco Gov. Enrique Alfaro Ramírez released a video Friday showing him signing an amendment dropping the requirement that truckers buy the 6,000 peso (US $320) permit. However, Alfaro left in place another part of the law, which took effect Jan. 1, that prevents trucks from entering Guadalajara between 6 a.m. and 9 a.m.

As a result, the National Confederation of Mexican Transport companies (CONATRAM) dropped plans to mount a protest blockade of the city Wednesday after Alfaro dropped the annual fee, said Manuel Sanchez Benavides, vice president for CONATRAM.

In the video, Alfaro said he was responding to the truckers' decision to “take the path of dialogue, and not one of threats and confrontation, to find solutions to our differences.”

“We understand the economic circumstances that face our country are difficult,” he said. “And we understand that the transport of cargo is the cornerstone of all economic activity in Jalisco. We have to work together to improve the conditions in which they [truckers] work, but also to take care of public interest.”

Jalisco’s now-scrapped permit requirement is one of several laws proposed or implemented by state and local governments across Mexico over the past few months aimed at reducing congestion and pollution, increasing traffic flow, and improving road safety. Truckers say the measures add to the cost of delivering goods and limit truck movements.