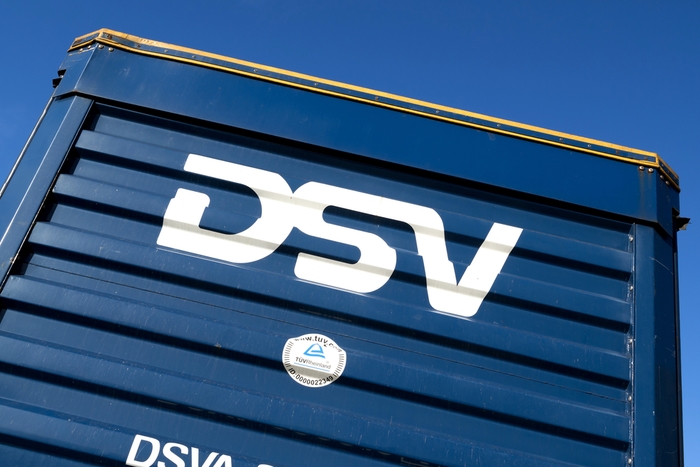 Weakening demand in global logistics markets through the third quarter limited the performance of newly combined DSV Panalpina, but its first-ever joint result signaled the start of an integration journey that could take as long as two years.

The company reported third quarter revenue of $3.6 billion, an increase of 16 percent year over year, mostly attributable to the Panalpina acquisition from when the takeover closed Aug. 19. Organic growth for the third quarter actually declined 1.3 percent.

For the nine-month period, DSV Panalpina revenue grew 11 percent year over year to $9.6 billion, but after adjusting for the Panalpina takeover, the growth for January through September translates to 3 percent.

The all-share DSV acquisition of Panalpina, which valued the company at $5.2 billion, has greatly expanded the company’s global footprint, but that wider coverage also exposes the forwarder to continuing challenges in air and ocean markets.

Chief among the poorly performing segments is air cargo, where weakness in the automotive industry is being felt acutely by all forwarders. Declining demand for components and spare parts is estimated by DSV to have cut the air freight market volume by 4 percent in the first nine months of the year.

While the air freight division reported growth in volume of 63 percent for the third quarter, once Panalpina tonnage is stripped out, organic growth for the quarter declined 6 percent.

The autos and auto parts market is a huge vertical that drives demand for air freight, but IHS Markit’s Europe Purchasing Managers Index (PMI) survey shows the sector continues to record the steepest declines in manufacturing output of all sectors monitored in September. The only silver lining was that the decline in output, new orders, and exports in September was the slowest it has been in the last few months, indicating the auto slowdown may have bottomed out.

The road division of DSV is one of the largest in Europe with a network of 200 terminals and 20,000 trucks, and DSV believes the addition of Panalpina’s road operations will add $223 million to the annual revenue.

However, the market stalled in the third quarter, largely a result of the weakening automotive business, with revenue declining 2.2 percent year over year to $1.1 billion. In the first nine months, revenue from road rose 1.5 percent to $3.5 billion.

The DSV Panalpina ocean freight segment saw volume increase 41 percent in the third quarter, but still grew 7 percent once Panalpina was excluded. DSV estimates the ocean freight market from January through September grew by 1 to 2 percent, with the trans-Pacific showing the weakest development.

But from a company standpoint, the Asia-US trade is in good shape. According to data from PIERS, a sister company of JOC.com within IHS Markit, Panalpina grew its trans-Pacific volume 17 percent year over year in the first half of 2019, handling 44,622 TEU for a 1.2 percent share of the market. DSV’s sea freight activities increased volume 29 percent to 8,032 TEU.

With just six weeks as a combined entity before the end of the third quarter, the year-over-year comparisons are not particularly relevant, and CEO Jens Bjørn Andersen said the company was focused on integrating its global offices and operations.

In an interview at the DSV Panalpina head office in Hedehusene, just outside Copenhagen, Andersen told JOC.com shippers would be better served by a company that is far stronger combined than it was as two separate entities.

“We have doubled our size in Asia, where DSV and Panalpina were roughly the same size. We were bigger than Panalpina in Europe and much bigger in North America, which is by far the most successful of our DSV operations,” Andersen said.

The combined DSV Panalpina also extends its footprint across perishables-dominated South and Central America, as well as the Middle East, regions where Andersen said in most cases the Panalpina management has been retained.

“Panalpina is very strong in perishables, which is virgin territory for DSV, and Panalpina’s capabilities in air freight are also strong,” he said. “Panalpina has a freighter network with one branded airplane, and we are excited to have a fixed capacity that we can offer to certain customers. It is also true that as a bigger forwarder, we can often provide a faster lead time than before, especially on the LCL product.”

Asked whether the company had learned from its acquisition of UTi in 2016, Andersen said the UTi takeover was made eight years after the last big acquisition (ABX Logistics) and that there had been several staff changes over that period.

“This time it was only three years, so the management team in head office, the regions, and the countries was more or less the same. That same team will conduct the integration, so we are much better prepared this time,” he told JOC.com.

“Integration will take at least another 24 months. We are still in the very early stages. We have made some high-level integration, but the lion’s share of the integration is still ahead of us,” Andersen said.

Global Shipping Outlook: A Sneak Peek at 2021
Port Performance North America: Managing Cargo Flow During a Pandemic — and Beyond
END_OF_DOCUMENT_TOKEN_TO_BE_REPLACED