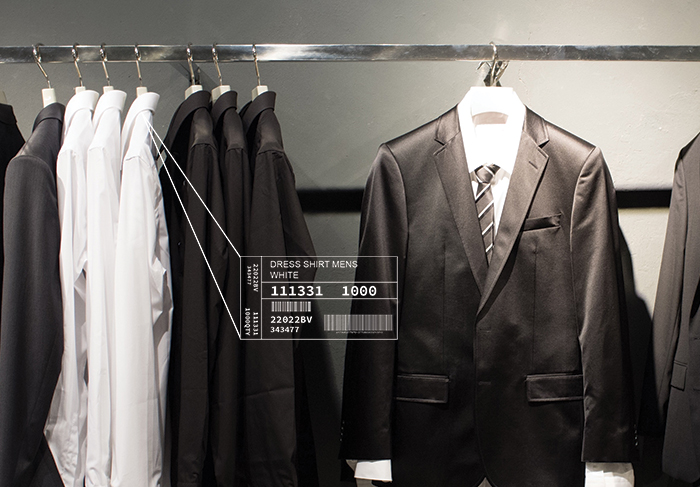 It’s been a decade since Wal-Mart told its top suppliers that the world’s largest retailer would charge a fee for each pallet of goods they shipped without a radio-frequency identification tag to the giant Sam’s Club distribution center in Texas. The bold initiative came at a time when many technology pundits were touting the long-term benefits RFID would provide, not just to Wal-Mart but also to its suppliers. Much like e-commerce, hailed during the late 1990s as the death knell of brick-and-mortar retailing, RFID systems were oversold as essential and inevitable, despite much corporate resistance.

The “hype cycle” about RFID climaxed a few years later when it became clear the technology was too costly and difficult to implement. A decade later, the hype has gone with the wind, but item-level RFID technology is playing a much more important role for many retailers, especially in apparel and footwear, according to RFID innovator Dean Frew, who founded software maker Xterprise in 2002, and is now president of SML Intelligent Inventory Systems.

After the hype about the Wal-Mart initiative, there was “an RFID hangover,” much like the all-too-hasty sense of resignation about e-commerce that cast a cloud over that promising sector after the dot-com bubble burst in 2000, Frew said.

Gradually, it became clear that “RFID had huge potential for tackling out-of-stock” products, said Tom Litchford, vice president of retail technologies at the National Retail Federation. “Inventory management is a huge deal, and a lot of retailers are using RFID for (managing inventory of) their high-margin items.”

Like e-commerce, RFID has “come back to life, kind of quietly” over the past few years, in large measure because RFID tools are cheaper, and the return-on-investment benefits are becoming clear, he said.

A passive RFID tag that cost 33 cents in 2003 now costs about 10 cents. This year, apparel makers will use 3 billion RFID tags, according to a recent survey by ID TechEx. RFID, the study notes, “still has some way to go, with (the technology) penetrating about 7 percent of the total addressable market for apparel in 2014.”

What has gone right for the RFID industry? After gradually migrating from Wal-Mart’s consumer packaged goods mandate in 2004 to the apparel sector during 2006 and 2007, RFID “entirely pivoted to apparel and footwear” in 2008. Frew was one of the pioneers in that pivot, installing RFID systems to manage inventory in all of American Apparel’s 250 stores.

Today, RFID “is all about managing inventory in the store itself” by gaining visibility into the entire retail chain inventory so retailers “can reduce out-of-stock, reduce ‘shrink’ (from theft and loss); get rid of third-party audits of their inventories; and reduce their inventory by 20 percent,” Frew said.

Retailers such as American Apparel in the U.S., Tesco in the U.K. and Zara in Spain also are using RFID to manage their omnichannel marketing efforts. Thanks to such initiatives, when customers order online and then pick up a product they ordered at the store, inventory accuracy “is extremely high,” Frew said. That’s critical because customers can quickly lose faith in a retailer after ordering a product online, rushing to a store to pick it up, only to discover it’s not available. Frew’s company makes the software for such RFID-based omnichannel inventory-management systems, while also integrating the technology for retailers.

Overall, the RFID sector has turned out to be quite different from what most industry experts anticipated a decade ago, Frew noted. Although RFID tag prices plummeted from their initial heights, it gradually became clear they would never become cheap enough to get an ROI when tracking low-value products, such as cans of beans, on an item-by-item basis.

But RFID tags have become cheap enough to provide an ROI for the item-by-item tracking of many high-margin, higher-value apparel products such as fashionable slacks, skirts and suits. “RFID moved from the $2 can of beans to the
$70 shirt,” Frew said, “and that accelerated its adoption. That way, RFID could have more impact.”

Overall, the apparel industry turned out to be a greater challenge for RFID software developers than consumer packaged goods because of apparel’s enormous complexity. Consider that there are many more SKUs in the apparel sector than in the CPG sector, Frew noted. Tracking every item in an apparel supply chain entails tracking a huge number of variations on each item, including different colors and sizes and subtle changes in the look of items that are made nearly side by side with each other.

In contrast, he noted, a can of peas is just a can of peas. It will never go out of style. Apparel and footwear products also change from season to season, unlike canned vegetables and boxed cereals. And, with the advent of so-called fast fashion, some retailers are changing their apparel lineups more often than ever.

In its early years, RFID was deployed only by visionary apparel retailers — so-called early adopters, to use the expression pioneered by Geoffrey Moore’s book, “Crossing the Chasm” in 1991. But since 2007 or so, RFID has become a standard practice among a category of companies Moore called the “early majority,” those pragmatists willing to give a chance to advanced technologies that have proved their value when implemented by the capable early adopters.

RFID still has a long way to go before winning over “late adopters,” laggards at employing advanced technologies, Frew acknowledged. Only three or four retailers worldwide have put RFID tags on every product they sell: American Apparel, Marks & Spencer, Decathlon (France) and Zara. Several other major retailers are using RFID to track a significant portion of the inventory in their supply chains, however, including Macy’s, Kohl’s, J.C. Penney and Wal-Mart. A wave behind is a group of other retailers that are lagging, but quietly looking at pilot programs.

“Some companies are using RFID” to manage their inventories, “but it is nowhere near the critical mass yet,” said Joe Andraski, a former vice president of supply chain at Nabisco, and former president and CEO of the supply chain standards organization Voluntary Inter-Industry Commerce Solutions. Rather than embark on RFID initiatives, “many companies are overthinking” their decisions. “You drive yourself nuts,” evaluating and re-evaluating what makes sense, he said.

Senior management in many companies is trying to be careful about undertaking any new risky new technology, Andraski added. “There is no doubt that RFID technology works” and that RFID tags are a lot cheaper than in the past. But many “people are looking for a lot of reasons not to do anything,” he said.

Rather than succumb to the paralysis of doing too much analysis about the positive impact on sales, Andraski suggested companies take a holistic look “to see the financial payback of RFID. If we really knew the impact on lost customer sales that result from a product not being at the right place at the right time, it would turn out to be a very large number.”

It also would be useful to try to understand “how much time we lost” by not implementing the right configuration of RFID to suit the needs in any particular case, he said. Those metrics aren’t easy to calculate.

Nor is it easy for companies to measure the precise impact of today’s measures on their ROI down the road. RFID “technology is continually evolving,” Andraski noted, and no single configuration of technology works for every retailer. “The bottom line is that the retailer and (technology) provider have to get together to see what works better” in their particular situation. “You cannot take one brush and cover everything with it. You have to understand what you are dealing with in any particular case.”

The State of the Automotive Industry
END_OF_DOCUMENT_TOKEN_TO_BE_REPLACED