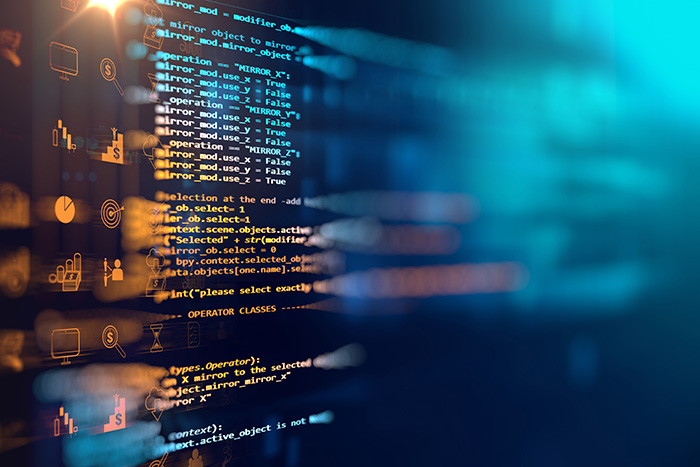 JDA Software is opening up development to outside parties, giving shippers more of a voice in design. Photo credit: Shutterstock.com.

A recent decision by JDA Software to allow outside developers access to its supply chain software suite represents another step toward giving shippers a seat at the table in terms of future product design.

Not long ago, shippers looking to invest in supply chain software had to make a decision somewhat analogous to marriage: a long-term commitment that came with big upfront costs and often still required a years-long process of coming to grips with the system’s warts.

Those systems were also typically deployed on-premise, meaning the shipper purchased a license from the software vendors and hosted, maintained, and often customized its own version of that software. But as enterprises have become more comfortable with cloud-deployed versions of supply chain software (where the software company hosts, maintains, and upgrades the software), the capabilities of those systems have expanded.

Some software providers are taking this a step further, encouraging developers to create applications on top of their existing solutions. Earlier this month, JDA, which provides transportation and warehouse management systems (TMS and WMS), opened up its entire suite as a development platform for outside parties.

“The JDA SCM platform and its APIs will enable us to integrate with our customers’ extended logistics systems,” Madhavanur said. “This would be the normal integrations required to support logistics operations. However, many other potential usages might exist. For example, the APIs could return the status of a WMS outbound order, or on current status of a transportation load in the TMS. A customer might leverage the APIs to integrate with their internal user collaboration tool [such as Slack or Microsoft Teams, for example] to notify a user group of logistics exceptions, for example, if the load is going to arrive more than a day late.”

That means a JDA customer or a third-party developer can essentially build applications of their own on top of JDA’s architecture. Big picture, the goal is to let JDA's shipper customers create programs that tie together any of JDA’s products with internal products or proprietary sources of data.

“A large part of the JDA SCM Platform strategy is to enable our customers to build solutions that JDA can’t imagine,” Madhavanur said. “We hope that our customers assemble new approaches or experiences and then engage with JDA so we can learn. From this community, JDA will gain insights into possibilities and then enhance the platform and our services to support and evolve the extended ecosystem.”

In other words, JDA is creating an environment where its customers are part of the design of future iterations of its products. It’s even hosting a developer conference ahead of its annual user conference in May to push the concept.

So, for instance, a retailer using JDA’s TMS could build an application that more nimbly ties that system to its enterprise resourcing planning (ERP) system, or to a demand planning or inventory management tool. To be fair, these integrations already occur between TMSs and other systems, but the idea behind JDA’s open development platform approach is to make that process easier and more integrated into the development of the system as a whole.

“Over time, it will move from two independent product solutions [TMS and WMS] to a modular and interoperable logistics platform, which will bring value to customers faster,” Madhavanur said. “Additionally, the services this logistics platform will expose can be leveraged by our customers to integrate with existing customer systems, like ERPs and other non-JDA systems and further unleash critical data elements that drive real-time decision processing to help our customers better predict versus react.”

Madhavanur said those APIs could also be leveraged by its customers or partners to create new tailored web or mobile user experiences across any of JDA’s products or even integrated non-JDA products.

But that doesn’t mean JDA is opening up its source code. “While the APIs will be accessible in the near future, the JDA SCM Platform and its services are not open sourced currently,” said Madhavanur. “Therefore, source code for our service implementations will not be shared externally.”

Madhavanur did note, however, that JDA uses and participates in open-source communities and has contributed to various open-source libraries.

That JDA has embraced this open development approach is significant, given the company’s history as a predominantly on-premise-deployed solutions provider. Although its software can be deployed on-premise or in the cloud, many customers preferred the on-premise version due to perceived security and latency issues with cloud deployments. Again, as concerns about the efficacy of cloud-based systems have largely receded, these customer attitudes have mostly shifted toward cloud-deployed systems.

This is also about a shift in software buying and using behaviors by shippers. Whereas corporate governance a decade ago often dictated that companies buy on-premise software to keep proprietary data and internal processes secure, there is now a recognition that cloud-based infrastructure is more or less as secure as on-premise systems. Both have their respective set of vulnerabilities, but neither is airtight nor overly exposed.

That should allow shippers to think of investment in a piece of logistics software — whether a TMS, WMS, or something else — as an opportunity to create new applications that are more than the sum of their parts. Whether shippers can capitalize on those opportunities, however, will depend on their internal capabilities and resources in technology development.