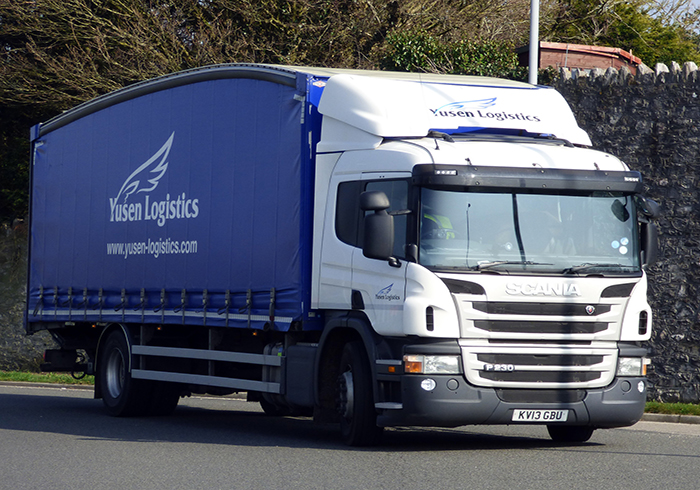 Japanese international freight forwarder Yusen Logistics Co. returned to profit in the first quarter of fiscal 2015, which started April 1, thanks to robust revenue growth and the end of heavy losses caused by an antitrust lawsuit in the United States.

Yusen Logistics posted a net profit of 642 million yen (US$5.18 million) on a consolidated basis in the April-June quarter, compared with a net loss of 518 million yen in the same three-month period last year.

The Tokyo-based company said that its group revenue surged 13.4 percent in the April-June quarter from a year earlier to 117.562 billion yen, as its sea and air cargo traffic volumes, led by exports, both continued to grow strongly.

In its logistics business, Yusen Logistics’ sales expanded thanks to investments, particularly in South Asia, and operational efficiency improvement efforts.

By region, Yusen Logistics posted the biggest revenue growth in the Americas thanks to a firm recovery in the U.S. economy. The company saw its revenue in the region jump 26.5 percent year-on-year in the April-June quarter to 29.771 billion yen.

Yusen Logistics booked no extraordinary loss in the first quarter of fiscal 2015 after suffering severe losses totaling 1.484 billion yen in the same three-month period last year, including a 1.478 billion yen loss related to an antitrust class-action lawsuit in the U.S.

Yusen Logistics left unchanged its full-year group revenue and profit forecasts, which were announced on April 30, citing an anticipated moderate recovery in the global economy, led by the U.S. economy.