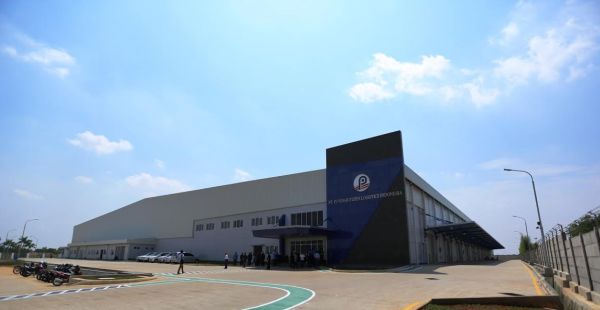 Major Japanese freight forwarder Yusen Logistics has opened a new warehouse in Jababeka in Jakarta, Indonesia, to capitalize on growth in Southeast Asia.

“With its prime location in the Cikarang Dry Port, this warehouse will enable us to provide customers in the surrounding area a range of services, including rapid customs clearance, transportation, delivery and other local-based logistics services,” said Hiromitsu Kuramoto, president of the Tokyo-based third-party logistics company, in a written statement.

Cikarang Dry Port serves as an extension gate of the Port of Jakarta, Indonesia’s largest port, which is about 30 miles away. The new Jababeka warehouse is expected to serve shippers and consignees surrounding the Cikarang area, a large industrial region in West Java, Indonesia, according to Cikarang Dry Port.

“We shall continue with our focus on sales expansion in Indonesia, a country with a rapidly growing global presence,” Kuramoto said.

Growth in Indonesia’s gross domestic product moderated to 5.8 percent in 2013, from an average of 6.3 percent over the previous three years, according to Asian Development Bank. Robust domestic demand in Indonesia pushed up imports of consumer goods by 18 percent annually from 2008 to 2012 to cater to a burgeoning middle class, ADB said, which strained Indonesia’s rupiah. Indonesia’s GDP growth in 2014 is forecast at 5.7 percent this year, picking up to 6.0 percent in 2015, according to ADB.

Yusen Logistics, the logistics arm of Nippon Yusen Kabushiki Kaisha (NYK Line), Japan’s largest shipping firm by sales, has operated in Indonesia since 1988, and continues to expand and invest in ASEAN in particular, according to the company spokesperson. Yusen Logistics opened a subsidiary in Myanmar in April, as well as a subsidiary in Cambodia in November.

It is not alone in targeting the region. Dachser, a German logistics provider, established a joint venture in Indonesia in November as part of its expansion strategy in Southeast Asia, and Logwin expanded its warehousing space in Indonesia in October. More broadly, foreign investment in the five founding members of ASEAN, the Association of Southeast Asian Nations, including Indonesia, topped $128.4 billion last year, five times the 2001 level, according to Merrill Lynch economist Chua Hak Bin in a report released in April.