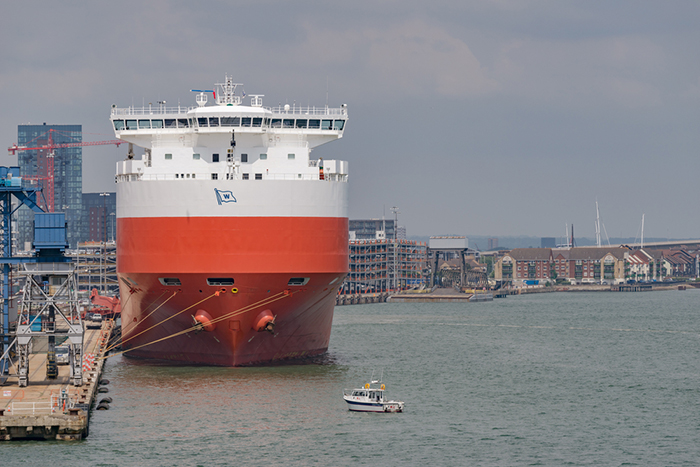 The joint ventures of Wilhelmsen and Wallenius will soon have a single home.

Wilhelmsen and Wallenius have unveiled plans to merge their three jointly owned ocean car carrier and roll on-roll off lines into a new group by early next year.

The companies have also agreed to merge the ownership of the majority of their vessels and affected assets and liabilities.

“The proposed merger is expected to enable synergies of between $50 million to $100 million by combining the assets and harvesting economies of scale, including more optimal tonnage planning, and administrative, commercial, and operational efficiencies between the entities,” said Jan Eyvin Wang, president and CEO of Wilh. Wilhelmsen ASA.

In response to these pressures, Wallenius Wilhelmsen hopes to increase its land-based revenue to $1.5 billion by 2020 and Wallenius in April opened the Melbourne International RoRo and Auto Terminal in Australia. The terminal is an example of Wallenius Wilhelmsen’s diversification into market segments that complement the company’s ocean transportation services, and more such efforts are possible.

Wallenius has also ordered new ships that will allow it to capitalize on the economies of scale made possible by the larger Panama Canal. The company has taken delivery of four of eight high-efficiency ro-ro vessels scheduled to be delivered by next year. The ships are just under 200 meters (656 feet) long and have 36.5-meter beams along with shallow drafts that allow them to serve a wider range of ports.

The two companies, which became partners in 1999, plan to own approximately 40 percent each in the new entity, which will continue to be listed on the Oslo Stock Exchange.

The proposed transaction is expected to close within the first quarter of 2017.