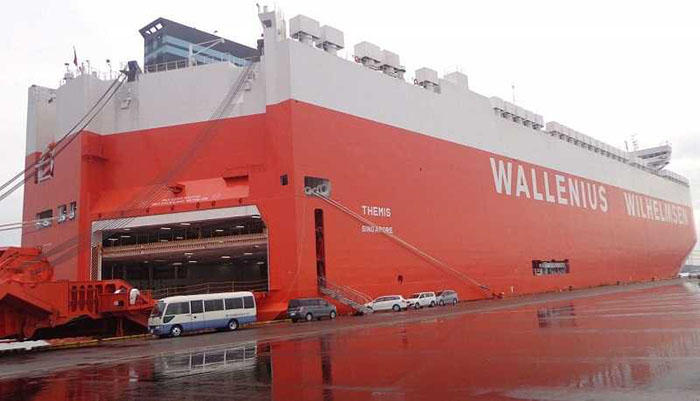 WWL and Eukor are among several roll-on, roll-off and car carriers caught up in price-fixing investigations.

Wallenius Wilhelmsen Logistics and its Eukor Car Carriers affiliate have agreed to pay $1.5 million in civil penalties to settle a US Federal Maritime Commission case arising from allegations of price-fixing on oceanborne shipments of vehicles.

The settlement resolved allegations that the carriers violated the US Shipping Act by colluding with competitors without FMC-approved agreements, by failing to file required space-charter pacts, and by providing service without filing service contracts.

WWL and Eukor agreed to continue to cooperate with other commission investigations or enforcement actions. As is customary in FMC settlement agreements, the carriers did not admit to Shipping Act violations.

"This settlement is one of several similar enforcement actions against major players in the car carrier industry who elected to provide transportation under agreements concealed from the Commission and the shipping public,” said FMC Chairman Mario Cordero.

WWL and Eukor are among several roll-on, roll-off and car carriers caught up in price-fixing investigations launched by the authorities in United States, the European Union, Canada, Japan, China, and South Korea.

The investigations have produced some $400 million in fines. WWL was fined $98.9 million last summer after pleading guilty to US charges of price-fixing and bid-rigging between 2000 and 2012.

In addition, the Japan Fair Trade Commission in 2014 fined WWL and Japanese carriers NYK, “K” Line and Nissan Motor Car Carrier a total of $224 million for price fixing on routes from Japan to North America, Europe, the Middle East, South Asia and Australasia between 2008 and September 2012. MOL avoided a fine by seeking leniency before the JFTC launched its investigation in September 2012.

Civil antitrust lawsuits seeking treble damages have been filed against the vehicle carriers and consolidated into a single case in a US district court in New Jersey.