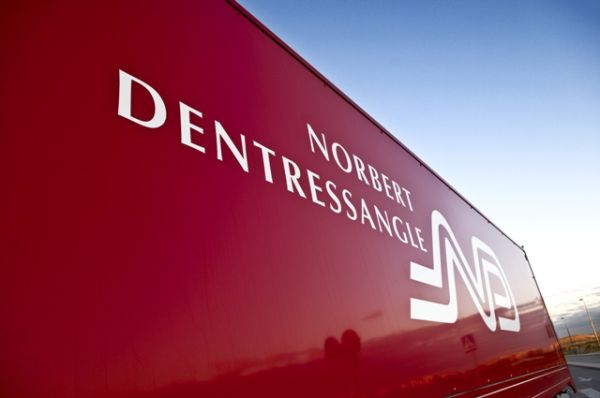 Revenue from the Top 40 global logistics companies was estimated at just under $225.2 billion, virtually flat with the $225 billion of 2012, in an annual report developed for the JOC by SJ Consulting Group.

When will revenue growth resume? Much of the answer depends on the pace of global trade, said Mark D’Amico, the SJ Consulting analyst who compiled the list. 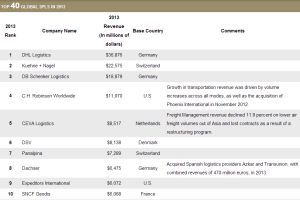 Currency fluctuations affected global 3PL revenue, as the Japanese yen weakened while the euro regained some of its former strength. “But even on a currency-neutral basis, total 3PL revenue showed only 0.2 percent growth,” D’Amico said.

Contract logistics revenue rose about 1 percent, and other categories, including freight transportation, land-based transport, U.S. intermodal and warehousing, did not change enough to affect the overall revenue total. The Top 40 global logistics providers generate an estimated 60 to 70 percent of the total 3PL market.

Merger-and-acquisition activity among large 3PLs was limited in 2013. Dachser posted 14 percent revenue growth as the German 3PL jumped three places in the rankings, to No. 8, aided by the 2013 acquisition of Spanish logistics providers Azkar and Transunion, with combined revenue of 470 million euros.

France’s Norbert Dentressangle, rose to 24th from 29th after acquiring Fiege’s logistics operations in Italy, Spain and Portugal. Fiege slipped to 34th from 32nd on the Top 40 list.