Protecting against another Hanjin difficult, not impossible

Protecting against another Hanjin difficult, not impossible 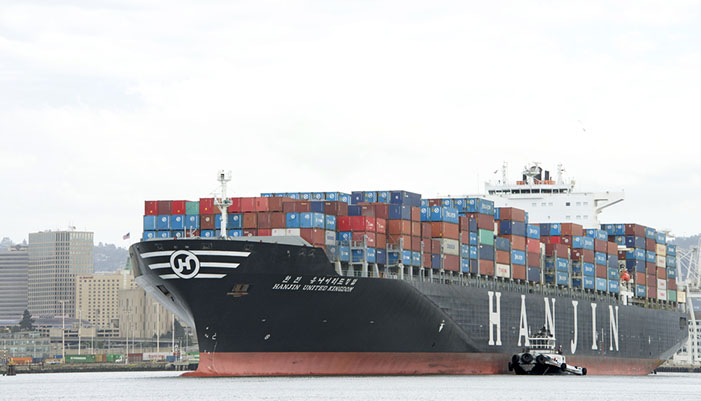 Shippers must be keenly aware of the financial health of their container lines, and the alliance partners of those lines, if they want avoid the type of widespread disruption seen during the collapse of Hanjin Shipping.

A distressed shipper attending the South Carolina International Trade Conference in Charleston on Sept. 13 asked Lars Jensen, CEO and partner at SeaIntel Consulting, how to free up her container that was stranded on a Hanjin Shipping vessel. He replied tersely, “Get a lawyer.”

Jensen’s advice to shippers on how to avoid shipping with other distressed lines in the future was less alarming and more methodical.

Container lines by the spring of 2017 will have regrouped and gone from four vessel-sharing alliances of various degrees of capacity and operating performance to three larger, more equally-matched alliances. “All three will field competitive services,” Jensen said.

The regrouping of global shipping lines into three strong alliances should usher in a period of stability that could last as long as five years before another round of restructuring takes place. The 14 global container lines by 2025 will be whittled down to between six and eight, Jensen predicted.

Shippers, beginning with next year’s service contracts, should reduce their risk by studying the tangle of alliance to determine which carriers will be operating the vessels on which their shipments will most likely move. “As a shipper, it is increasingly difficult to say whose ship am I going on,” Jensen said, but cargo interests must make the effort.

Although Jensen predicted that there will be improving stability for the next few years, ocean carriers will certainly have a tough time initially. “The top 20 carriers lost $4 billion so far this year. They are still looking at a lot of losses this year,” he said.

On the other hand, Jensen does not see another Hanjin-type bankruptcy in the immediate future. Hanjin had been self-destructing for years, and its bankruptcy did not resemble the more orderly bankruptcies that at least four other carriers went through in recent years, he said. “Hanjin’s wasn’t orderly. It wasn’t constructive,” he said.

The key for the shipping industry in the coming years will be to develop a business model for what is now a mature, slow-growth industry. Ocean shipping, like all industries, is cyclical, and Hanjin’s bankruptcy — although disconcerting under current market conditions — probably signals the end of the current downward cycle, with stability and then growth in the years ahead. “Night is darkest before dawn,” he said.

No bankruptcy is constructive